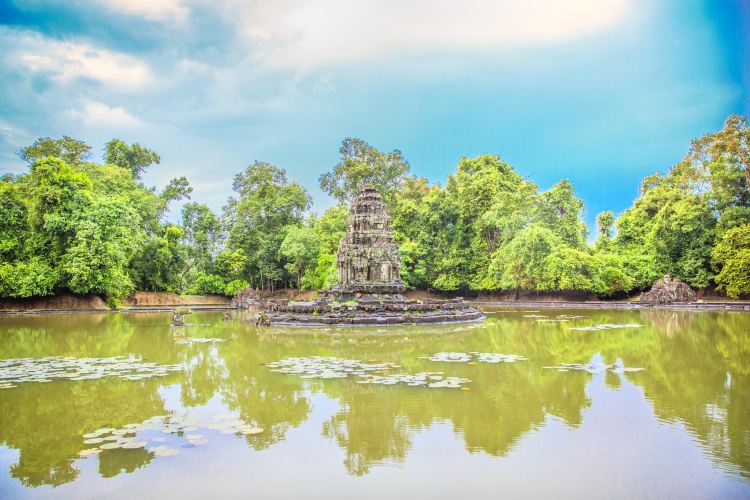 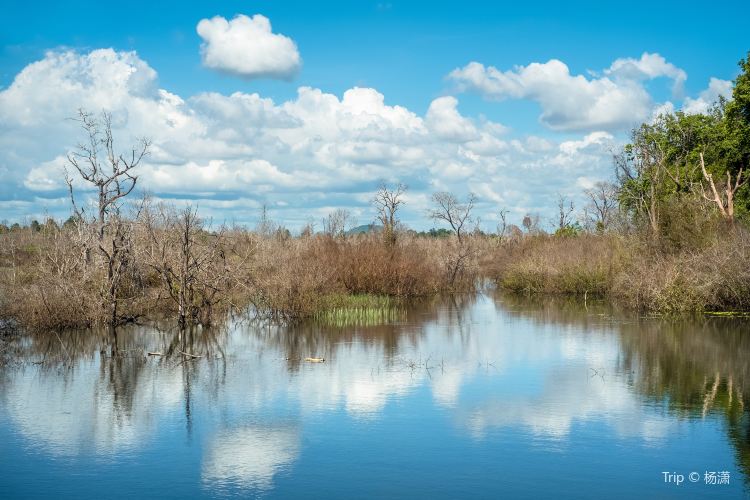 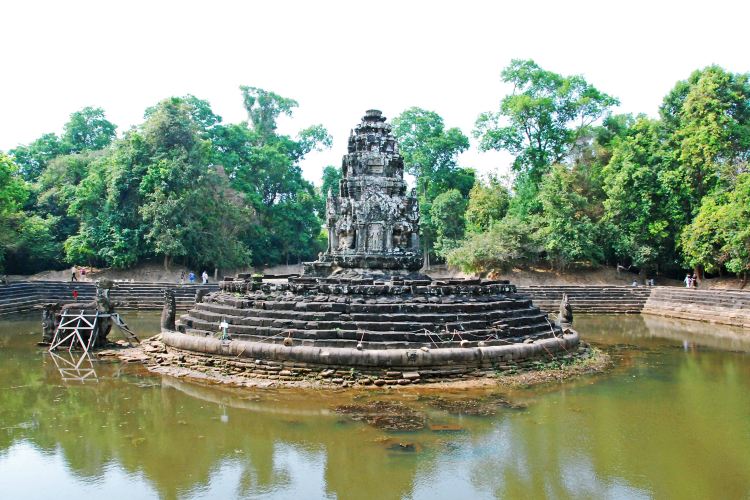 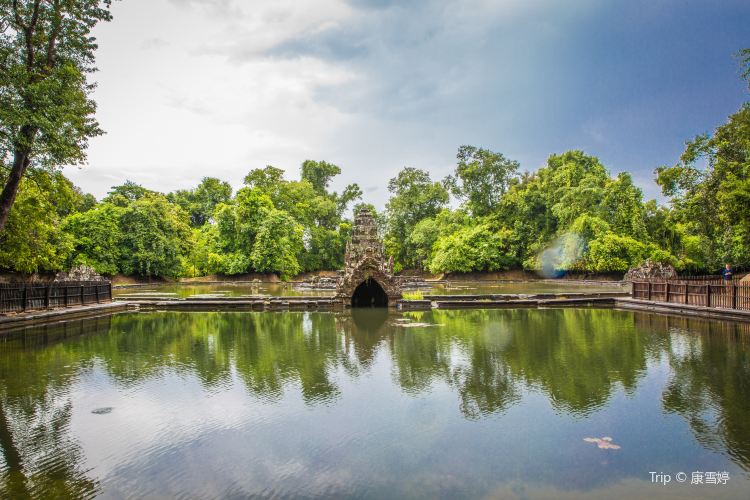 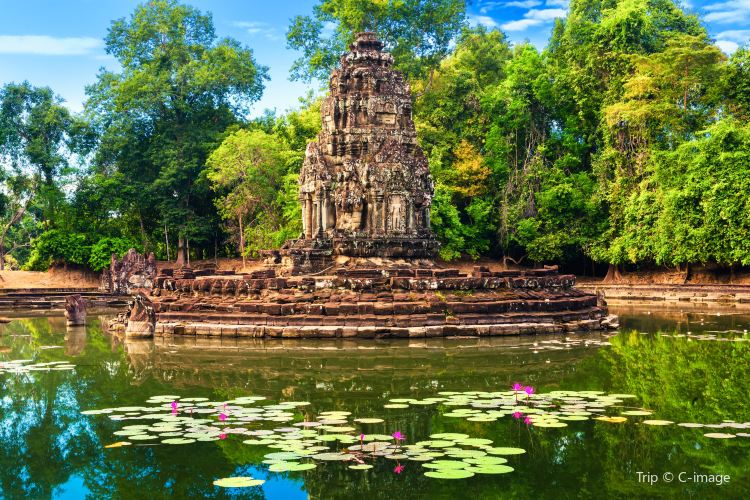 포스팅하러 가기
The Dragon Pool is located in Siem Reap, Cambodia. It means a tangled giant snake. It is a statue of two snake gods Naga entwined on a stone tower built on the island in the middle of the pool. Longhui Pool was originally a temple sanatorium for healing beauty. There is a small pool in the middle of the big pool. The water in the big pool flows into the small pool through the vents of the four sculptures, and the north is the elephant, representing the water; The East is a human being, representing the earth; the South is a lion, representing the fire; the West is a horse, representing the wind. At the time, the bottom of the pool was filled with medical herbs. When the rainy season came, the water in the pool rose and the syrup would flow into the small pool. People think that the potions in the four pools have different curative effects, so according to the different conditions of each person. Then arrange the patient into a different pool. Once the holy water, now no longer cures people, but its beautiful scenery is still a small paradise in people's hearts.

Coco Wang
Built in the late 12th century, the Dragon Pool was originally shocked from the wood corridor, but since we did not go to the rainy season no rain, there is no water But that's how we look at the past is also very beautiful. Cambodia did not end until the 1990s because of the civil war. So many mine victims. It is said that the early Angkor Wat tour can only take the road they cleaned out, and it is forbidden to step on it. Because you don't know when you will step on the mine. Of course, the first batch of travel in the same year did not have the convenience and peace of mind. Now, landmine victims will build a shed to play local Cambodian music.