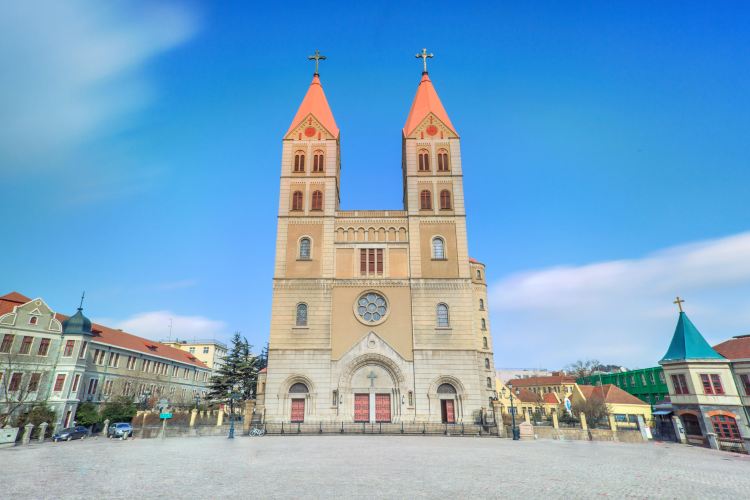 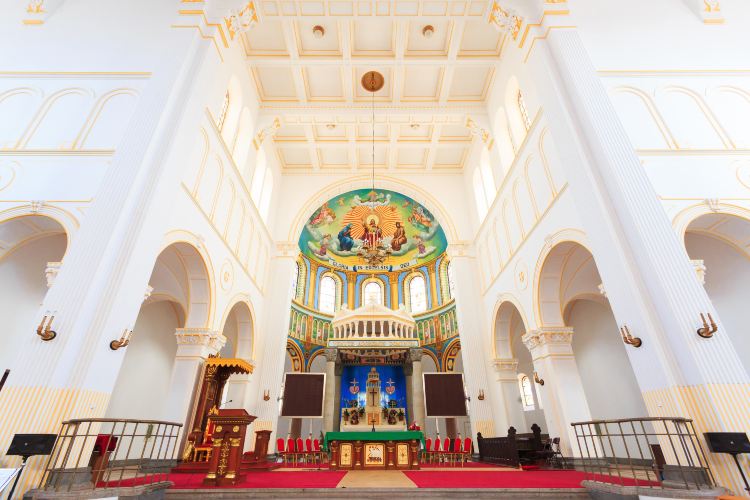 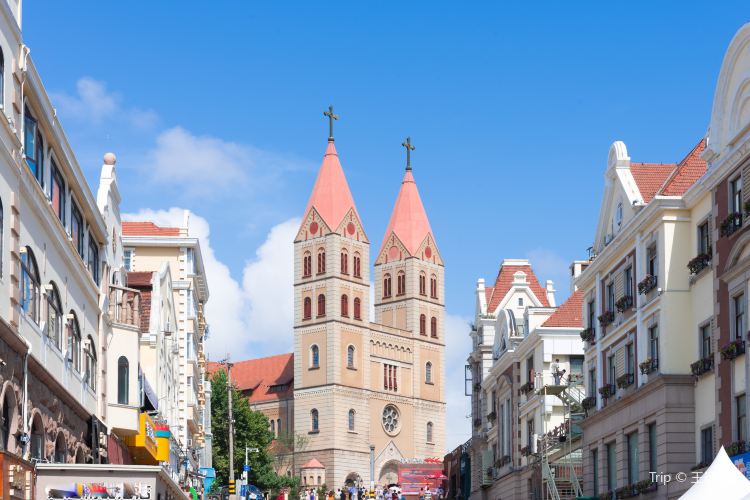 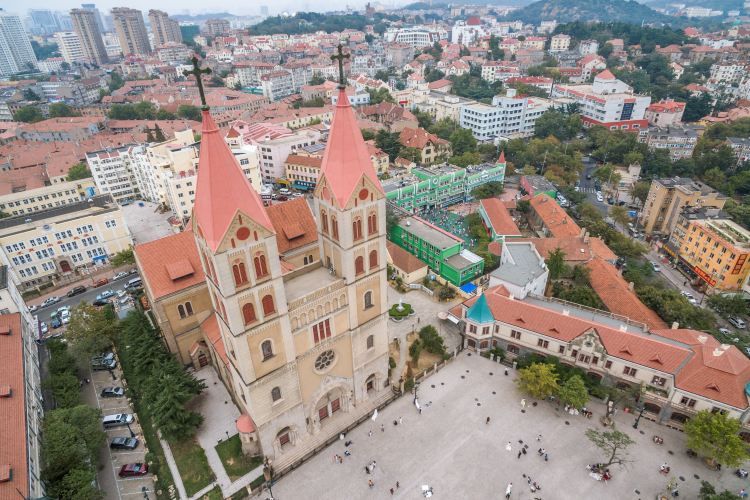 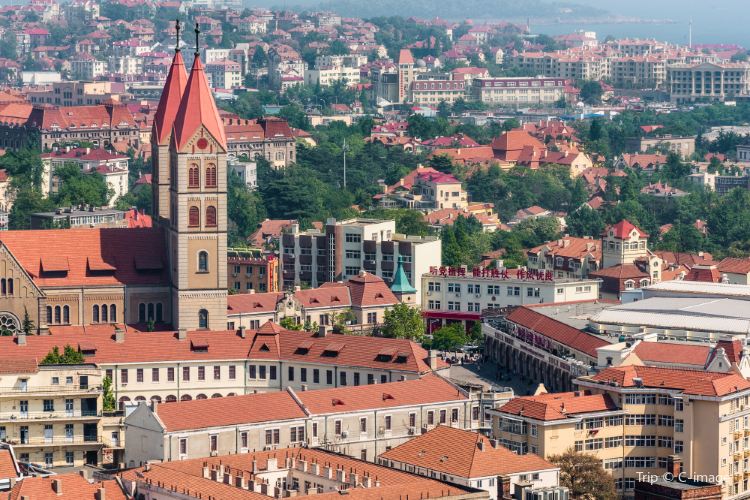 포스팅하러 가기
Qingdao is a beautiful coastal city. Due to the special historical reasons of the past, there are many exotic buildings in the old city, which have become the characteristics of this city. There is a Catholic church on Zhejiang Road, one of the most beautiful churches in Qingdao, and the towering tower top attracts countless tourists. Most of the time I came to the Catholic Church, there are new people wearing wedding photos, this is a natural photography base. The church was designed and built by the Germans and was built in 1932. According to the original design of the church, it should have been built to a height of 100 meters, but it was built in the outbreak of World War II. Hitler rigorously circulated the funds of the country. In the case of insufficient funds, he had to modify the drawings to cut costs. The tower was 56 meters high. Even so, this church is the tallest building in Shandong Province before the founding of the People's Republic of China, or the only church in China. The inside of the church can also be visited, but for a fee, the ticket is 10 yuan, it is recommended to go in and have a look. The church covers an area of more than 10,000 square meters, the pointed red tower top is very eye-catching, and each of the two towers has a cross of 4.5 meters high. The hall inside the church is 18 meters high and can accommodate thousands of people. It is spacious and bright. Usually at 6 o'clock every day, the mass is Sunday from 8:00 to 9 o'clock. It will be open to visitors after the mass.

River2014
The tallest building in Shandong Province, originally built by the Germans, is now a red spot! Qingdao is a famous tourist city in China. Its tourism resources and holiday atmosphere are more diverse than those in Hainan, and the cultural heritage is more profound. The history of Qingdao has left a large number of European-style buildings including villas, houses and churches. These European-style buildings are mainly German style, the most representative of which is the St. Michael's Church in Zhejiang Road. Catholic church. Qingdao Zhejiang Road Catholic Church was built by the Germans and completed in 1934. The designer of the church is Bishop. The creation is inspired by Gothic and Romanesque architecture. The original design height is 100 meters. Just after the outbreak of World War II, Germany banned capital outflows. Designers had to modify the drawings. The tower was originally 100 meters high. Modified to 56 meters, even so, it is still the tallest building in Shandong Province that year, and for a long time it was the city's first landmark. Qingdao Zhejiang Road Catholic Church, like the Zhanqiao, Badaguan and other scenic spots, are the famous Qingdao red card punching points. Many tourists come to check-in, take photos, and sightseeing. There are many new people shooting wedding photos at the church door every day. You don't need money to visit outside the church, but you need to pay 10 yuan for entrance fees to enter the church. Students are half price. Although the cost is not high, it is also one of the few churches in China that collect tickets. This church covers an area of 11,480 square meters and has a building area of 6,301.54 square meters. The main building materials are concrete and yellow granite. The surface has simple and beautiful carving patterns, and the design lines of windows and clock towers are smooth. Generous and beautiful. There are four big bells hanging in the church tower. When the music is played, the sound can be transmitted to several miles. It is very difficult to have such a scene. Zhejiang Road is adjacent to Zhongshan Road. It is part of the pan-Nakayama road landscape. There are some well-known old names near the church. Some tourists are used to enjoying the European architecture of Zhongshan Road after visiting the Catholic Church, and taste the food in the old name. . The Zhejiang Road Catholic Church was destroyed and later renovated several times. In 2006, it became a national key cultural relics protection unit. It is not only a church, but also a cultural relic. Its architectural art is a model of the Republic of China. The church has a mass at six o'clock every day, and the main mass from 8 to 9 every Sunday will also use the organ. This time the church is like a small theme concert hall.

WUXIPENG
The Qingdao Catholic Church is located in Zhejiang Road, also known as the St. Michael's Church. It was designed by German designer Bishop in accordance with Gothic and Roman architectural styles. The church was built in 1932 and completed in 1934. The tower is 56 meters high and is the tallest building in Shandong Province before the founding of the People's Republic of China. The church decoration is in the form of the Italian Renaissance. The hall is 18 meters high, spacious and bright, with seven large chandeliers hanging from the ceiling, and an altarpiece at the rear, with a dome-like mural painting, which is solemn and beautiful. It can accommodate thousands of believers and is the largest Gothic building in Qingdao. It is also the only consecration church in China and a masterpiece of Christian architecture. The colorful glass windows transmit soft light. There are corridors on both sides of the hall, two large altars on the back, four small altars, and the dome of the hall is painted with stupid murals, dazzling lights and full of a strong religious atmosphere. The roof covers the red tile of the tongue, which is huge and simple and elegant. If the church goes in for a visit, it will cost 10 yuan for one ticket and the child will be exempt from the ticket. This is a must-see for wedding photography, where you can see many lovers of wedding dresses at any time. 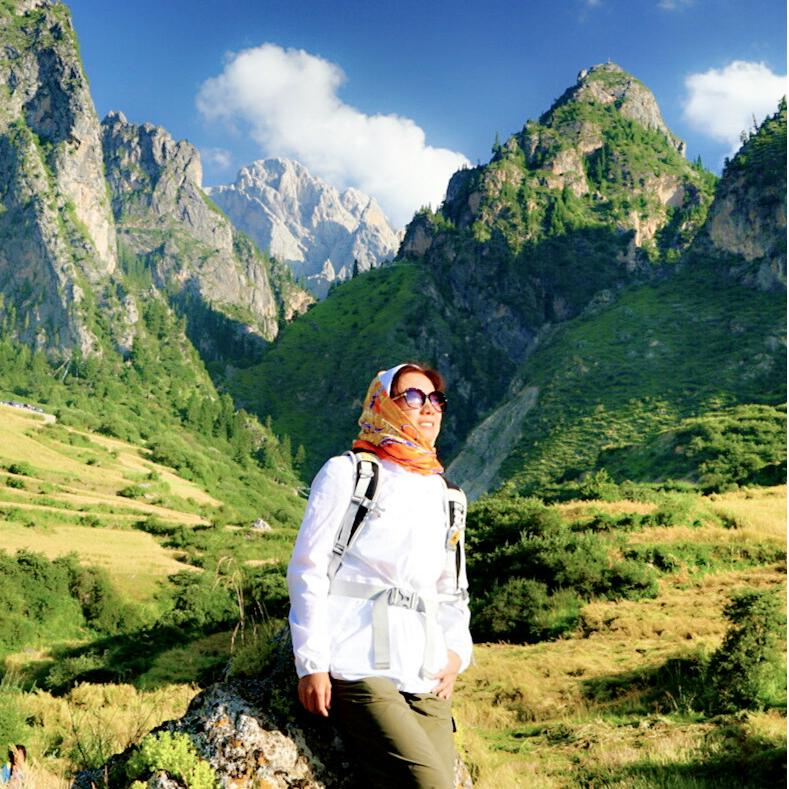 Ling_See__World
The design of St. Michael's Church is in the style of the Italian Renaissance. The hall is 18 meters high, spacious and bright, with seven large chandeliers hanging from the ceiling, and an altarpiece at the rear, with a dome-like mural painting, which is solemn and beautiful. It can accommodate thousands of believers and is the largest Gothic building in Qingdao. It is also the only consecrated church in China and a masterpiece of Christian architecture. During the Cultural Revolution, the church was severely damaged. It was reinstated in April 1981 and listed as a cultural relic of the province that is under protection.