St. Sophia Cathedral was built in March 1907. It was originally the chapel of the 4th Infantry Division in Eastern Siberia, Russia. In 1912, it was rebuilt into a brick-and-wood structure church. In September 1923, the site of Yidi was reconstructed for the second time in nine years. Designed by Russian architect Kyasikov, it became the largest Orthodox Church in the Far East after its completion in 1932. It has a history of more than a hundred years. Church has a strong exotic atmosphere. It is the most perfect and typical Byzantine architecture in China. The exterior of the church is magnificent and magnificent, with a height of 53.35 meters. It is divided into four layers as a whole with brick and stone structure. The walls are all made of clear water red bricks. The building plane is laid out in the form of Greek East-West Latin cross, while the main dome and bell tower are the traditional "onion head" tent roofs of Russia. The interior of the church is magnificent, elegant and super-vulgar. Whether it is the simple and elegant wooden floor, the open and spectacular dome or the original wall decorative patterns and holy murals, none of them reveals the rich and colorful humanistic landscape and unique artistic characteristics. There is a world-famous mural on the main dome of the church - "Last Supper". Although the mural is a little mottled due to the passage of time, the characters in the mural are delicately and vividly portrayed with panic, anger, suspicion, whitening, gestures, eyes and actions. As night falls and lights begin to shine, St. Sophia's Church appears to be covered with a mysterious veil, presenting a fantastic picture. Tips - "1, business hours 8:30 to 17:00; adult tickets 15 yuan per ticket. 2. It is suggested to visit the church in the afternoon, not only to visit the interior, but also to enjoy the different views of the church in the daytime and at night. 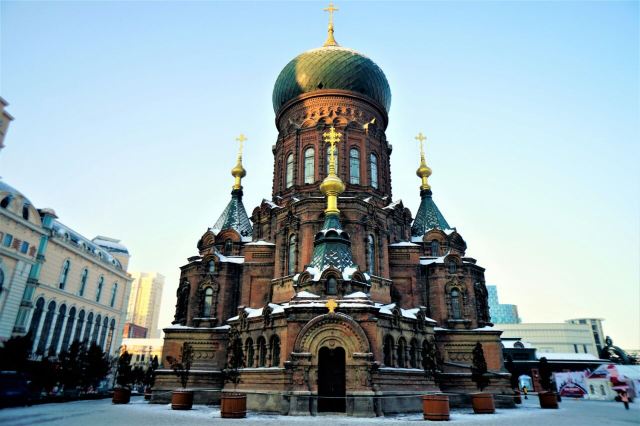 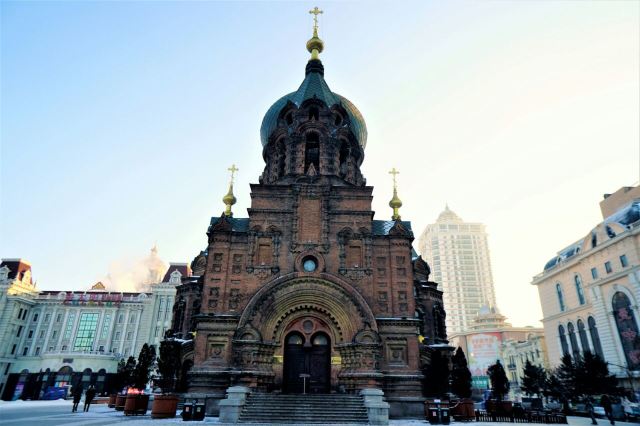 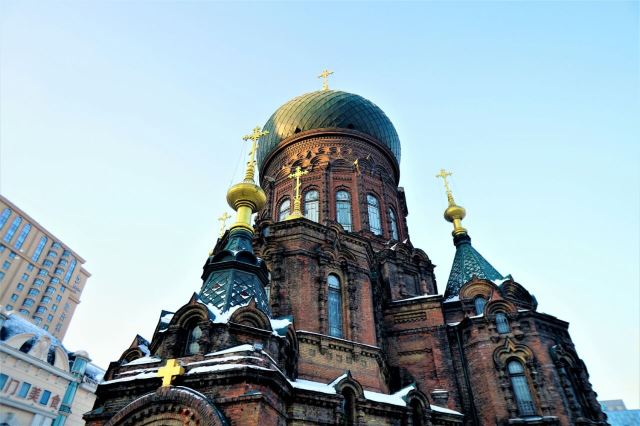 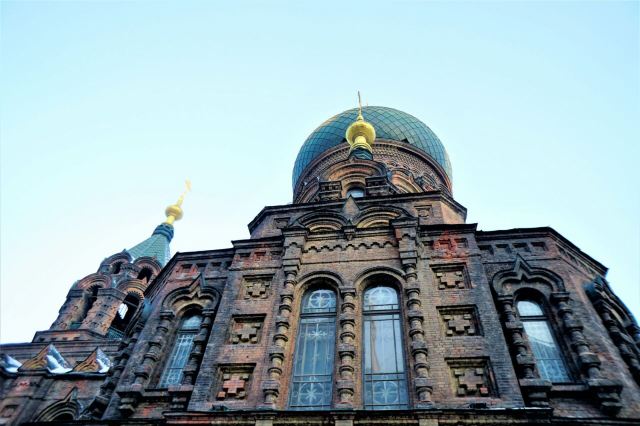 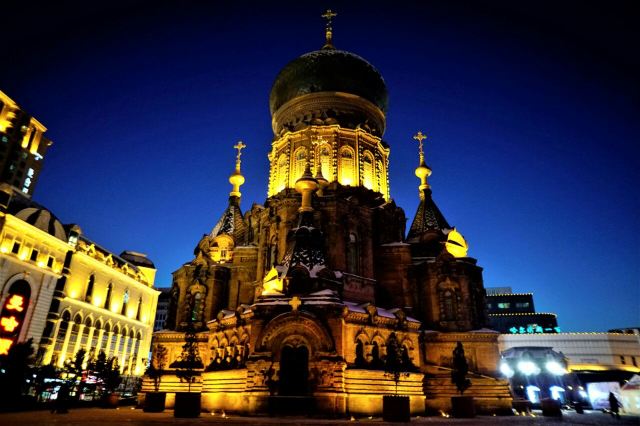 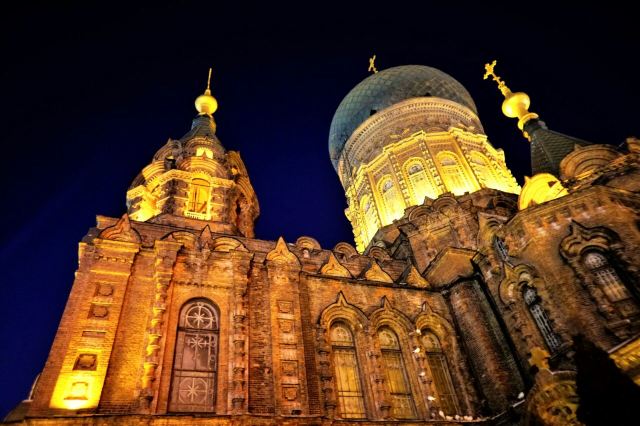 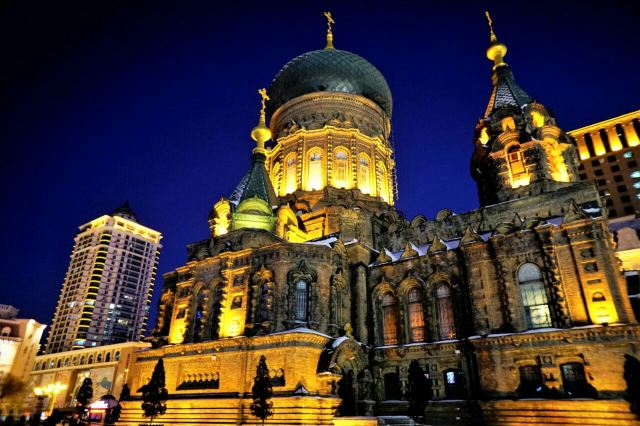 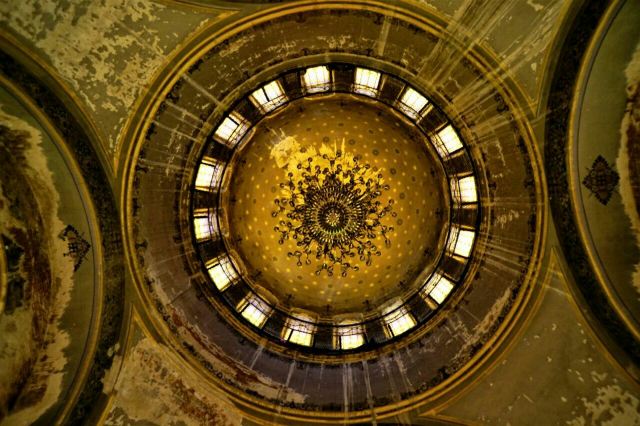 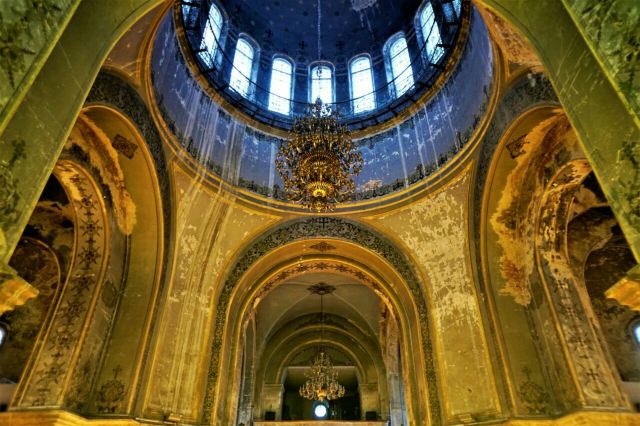 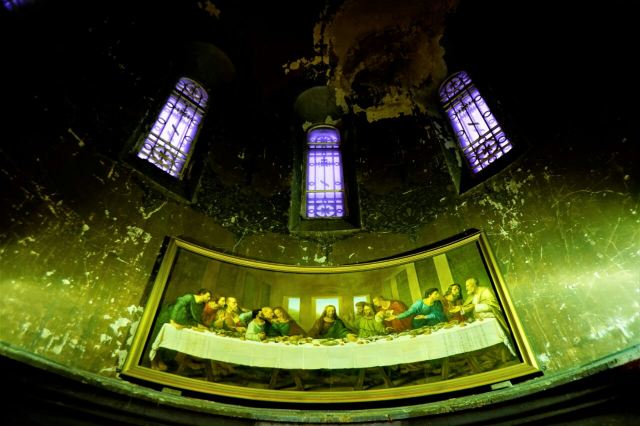 龍行騎迹
龍行騎迹
5/5
작성일: 2016년 9월 11일
79
5/5
St. Sophia's Church recommends time to play: 2 hours recommended index: Where to check several hotels online? The phone used to say that there was only one bed, but we were two people, so we didn't consider it. After five minutes, I called to say that if you don't mind, you can sleep with blankets, blankets are free! I am also drunk to hear this, so I am determined to go to them. I can't find a place to call my boss to pick us up at my destination. His house is on the top floor, there is no elevator, but the environment and light are very good. That evening because they live in blankets, so free, under the introduction of the boss that afternoon strongly recommended that we go to St. Sophia Cathedral, went, that afternoon immediately got up, without hesitation. Traffic: Take buses 1, 2, 5, 13, 15, 64, 66 and so on. Get off at Harbin and walk a few hundred meters to the cathedral. Near the cathedral is the Central Avenue. The Central Avenue is also a symbol of Harbin. It feels very clean here. Although there are many people, it is not crowded. It is very suitable for people to go shopping. At that time, we were in the South Campus of Harbin Shangda. In the afternoon, we took bus No. 1 and got off at Harbin 100. After getting off, we came to a big supermarket and saw a lot of bacon from Northeast China. After a few hundred meters walk to St. Sophia Cathedral, St. Sophia Cathedral is located in the architectural art square, magnificent, exquisite. There are many people near this magnificent building, many pigeons. Others are taking wedding dresses and graduation photographs. The admission ticket to the cathedral is 20. The student ID is 10 yuan. When I first came to Harbin, the weather was no worse than that in the south. It was a worthwhile trip to see the church building with blue sky and white clouds. There are also partners and Shanghai girls. I took a lot of pictures near the church, and once again realized the enthusiasm of the northerners, maybe that's the case. I met a group of 60-year-old grandmothers who looked so young and pretended to be aunts. Look at the people we took with us below, like a 60-year-old grandmother? Then we spent an afternoon walking around here. It wasn't until evening that I went outside the old road.
风倦花飞尽
风倦花飞尽
5/5
작성일: 2017년 1월 5일
65
5/5
St. Sophia's Cathedral is very close to Central Street, and you can walk along Thorncage Street near St. Sophia's Cathedral to Central Street, so these two scenic spots can play together. Buses can be built as art squares. The view of St. Sophia Cathedral during the day and at night are two different kinds of beauty, so you can go there twice. During the day, I took photos outside. When I went there, the ticket was 15 yuan, which was not expensive. I could go and see the structure inside. The interior is a bit shabby, but you can still see the magnificence and beauty of the beginning of the construction. The picture exhibition inside is also very good. There's also a square beside it. It's very beautiful. By the way, there are a group of pigeons on the side of the church. Some of them will stop on the church building. If they are free, they can be fed to the pigeons. Fortunately, they can also see a group of pigeons flying around the church. Play for about an hour during the day. You can also look around in the evening. The night view is great. But the exhibition hall at night is closed.
小兔的旅行日记
小兔的旅行日记
5/5
작성일: 2019년 1월 28일
29
5/5
St. Sophia Church, located in Daoli District, is a Byzantine-style Orthodox Church built in 1907 and a landmark building in Harbin. The exotic atmosphere has become a unique scenic line in Harbin, which is the historical witness and important relic of Russia's invasion of Northeast China. The building, which was born nearly a hundred years ago, is magnificent, simple and elegant, full of charming colors. The church is no longer a place of worship. Like an exhibition hall, it tells the history of Harbin. The interior decorative style of the church is fascinating. There is also a place to feed pigeons in the doorway. Pigeons are flying around the church. The scenery is very beautiful. There are also many shops around the church, such as sugar gourds, hats, chocolates and so on. Tips: [Ticket] 15 yuan [Transportation] Buses No. 1, No. 2, No. 3, No. 5, No. 8 and No. 13 all have stops nearby. The stops are: Harbin Architectural Art Plaza, Harbin 100, Fashion Mansion and Jinyang Exquisite City. [Address] Tuolong Street business center in Daoli District [Open Time] 8:00-18:00 [Suggested Play Time] 1 hour [Reminder] Sugar gourd at the entrance is a bit expensive, said 15 yuan a bunch, pay with me 25 yuan, suggest to buy elsewhere.
_NV***45
_NV***45
5/5
작성일: 2019년 7월 27일
0
5/5
하얼빈의 랜드마크라는게 입증하듯 실제가서 보면 굉장히 웅장하고 멋진 건축물입니다. 비록 아쉽게 입장은 못했으나 정문에서 사진 찍는것만으로도 멋있습니다. 위치는 하얼빈의 보행자거리(번화가)인 중앙대가 끝부분에서 약 5분정도 갈수 있습니다
더 보기