After breakfast, leave the back door of the hotel and take the subway at Yum Sheng Metro Station near by foot, then transfer to Yifeng City opposite Sentosa Island. Traveling freely in Singapore these days, I fully felt the convenience of taking the subway and the convenience of taking the subway from Yum Metro Station in this hotel. Although today's travel time is the early peak, there are many people in the subway station, but we do not feel inconvenience because of the short distance. After arriving at Yifeng City, I strolled to Sentosa Island along the footpath leading to Sentosa Island in the beautiful city scenery. It's the most expensive way to get into the island by high-altitude cable car. You can take a rail train. The charge for entering the island is 4 NT per person, but not for leaving the island. It can also walk. It used to charge one new coin per person. At present, it is not charged for the time being. We decided to walk in and take the train out, which proved to be the most economical way of communication. The length of the pedestrian walk into Sentosa is less than 600 meters, but there are parallel elevators under the corridor bridge, so walking is actually quite labor-saving. At the same time, there are several viewing terraces on the way. Whether you look at the city, the island or the harbour, there is boundless scenery. White clouds are floating in the blue sky, boats are swimming in the blue sea, and between the sky and the earth is the beautiful city scenery of Singapore. Although the pedestrian walkway visitors continue, but from the number of visitors to Sentosa Island, the number of pedestrians is absolutely very small. Sentosa Island is located 500 meters south of Singapore's island, 4 kilometers east-west, 1.6 kilometers north-south and 3.47 square kilometers wide. It is the third largest island outside Singapore's island. During colonial rule, it was a British naval base, formerly known as Queen's Island, which was renamed Sentosa Island in 1972. Now it has been developed into a fully equipped marine paradise. As a nearby island and a tourist resort in Singapore, Sentosa is absolutely a paradise for tourists to eat, drink and play. So before entering the island and arriving at the entrance square, you can see groups of tourists, most of whom speak Mandarin. 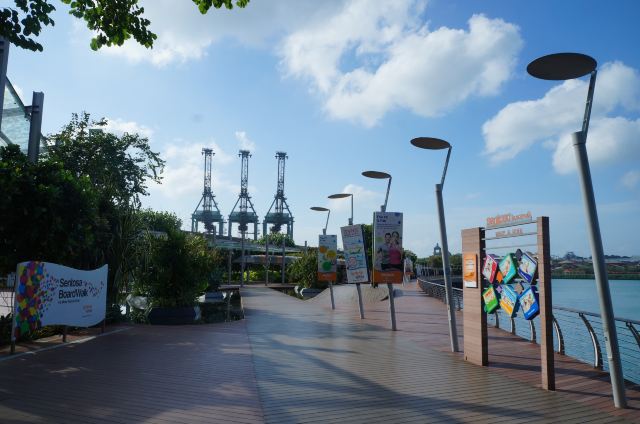 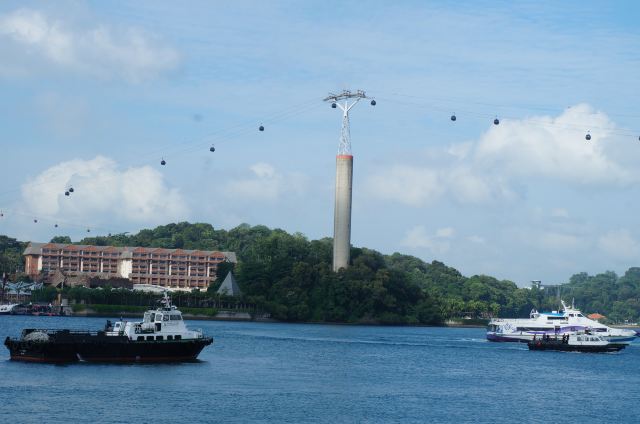 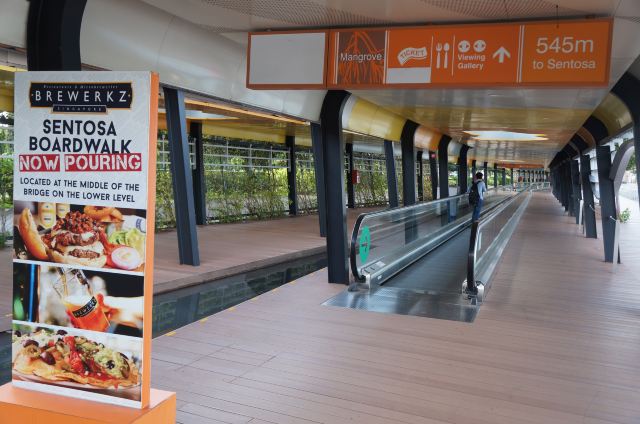 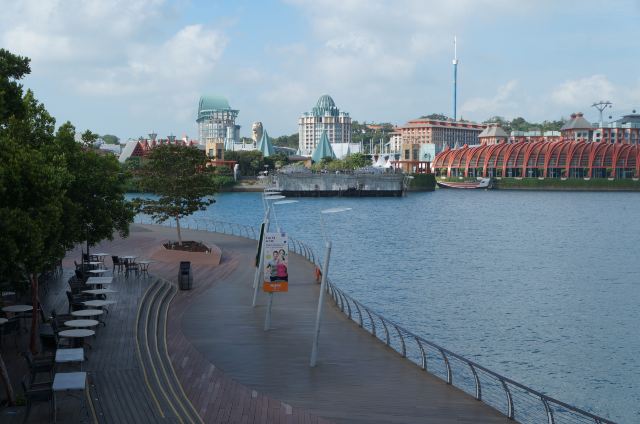 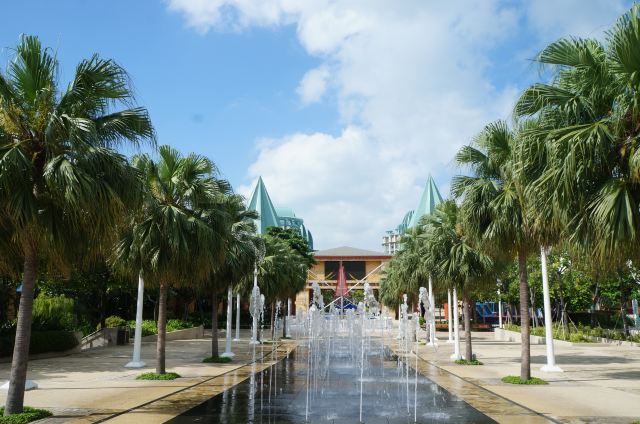 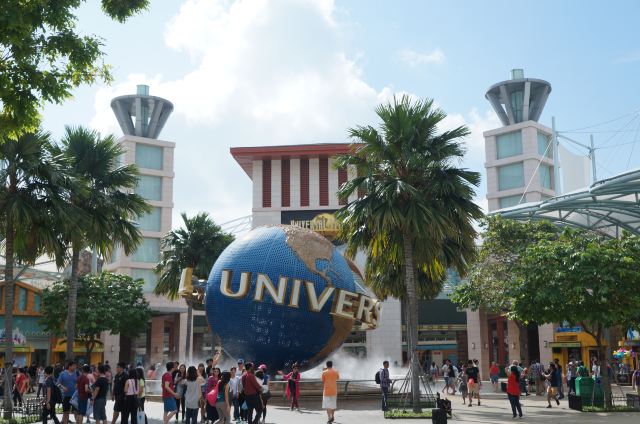 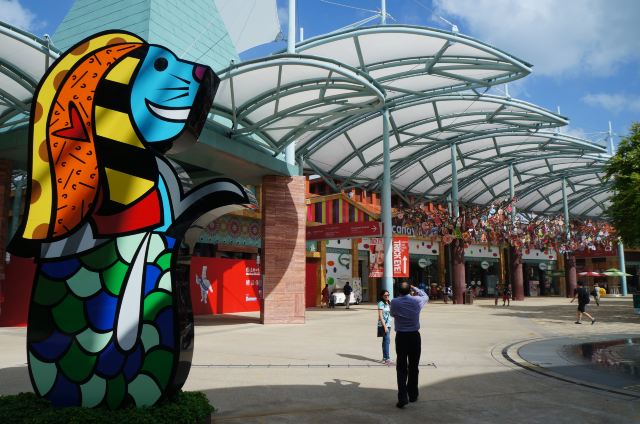 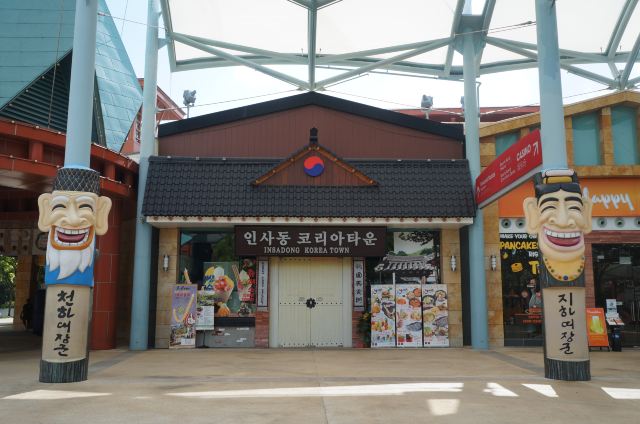 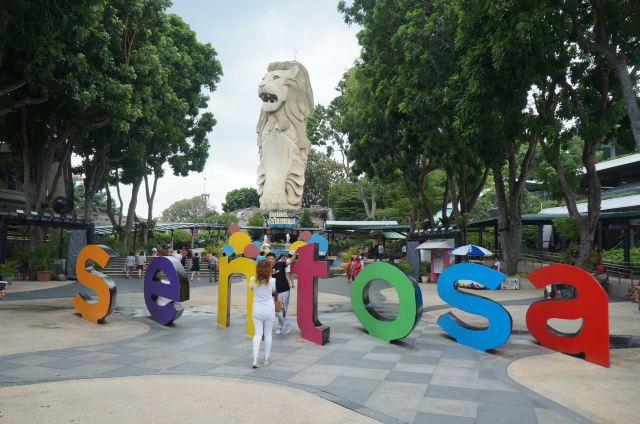 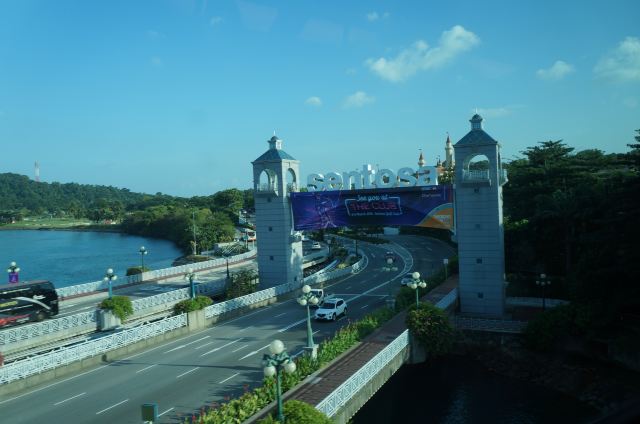 无非子
无非子
5/5
작성일: 2017년 8월 2일
81
5/5
Sentosa is so funny, three days is absolutely not enough. Everywhere you go, it's fun. The only drawback is that the island is expensive. Apart from Taxi, all other means of transportation are free. There are connecting trains and Bus around the island. Bus has different scenic spots at each stop, and the flights are very dense, which is very human, but the last bus time is different on weekends and working days, so we need to see clearly. Staying in Shangri-La and free bus from Yifeng City to hotel saves us a lot of time and energy. Shengtaosha Water Adventure Park is not popular in many recreational projects, but it has been proved that the park will not be tired of playing for a day. In addition to regular thrilling taxiways, leisure drifting, surfing and water-playing, there are several special activities, such as dolphin exploration, coral reef snorkeling, underwater walking, and interaction with rays. We booked a dolphin exploration ahead of time. It's really a worthwhile trip. Apart from the expensive photos, there are no other problems. Dolphins interact for about one and a half hours, plus waiting and explaining. The reason why Sentosa is so attractive is that apart from those interesting entertainment projects, there may be inadvertent programs in front of you wherever you go. When we were walking along the river with a full meal, suddenly two dancing cranes appeared in front of us. Although I had seen the sign of "Crane Ballet" before, I never thought it was such a wonderful crane. There are three famous merlions in Singapore. The most famous one is in Binhai Bay, but the largest one is on Sentosa Island. It coincides with Singapore's National Day. From July to August, the Merlion situated on the island shines brilliantly. There are two projection shows at 20:40 and 21:40 every night. Don't miss the friends who plan to go to Santosa recently. When they stay in Shangri-La, there will be monkeys. I thought we lived in a high-rise building, and the chances of seeing monkeys were very small, but when I opened my eyes in the morning, I saw a monkey lying on the balcony railing, looking at us with expectant eyes. How can we not understand the meaning of this look and find out a bag of nuts for the same food? Now there are two more nuts for fun. At breakfast, peacocks were walking by. Peacocks are also occasionally encountered on the beaches along the coast of the island. Universal Studio's two Transformers + Jurassic River Explorations, Future Water World Special Performance, Shrek 4D Films, Adventures of Shoes, Cats, Swordsmen, Madagascar Wooden Box Drift, Sesame Street Spaghetti Station, Little Yellow Man Prison Break Show, Magic Wheel, in addition to dare not play and not fun, the rest of the basic brush to (yeah), a crooked day. The Siloso Fortress Sky Walk (right next to Shangri-La Resort) and the southernmost tip of the Asian continent have to punch a card. Wing of Time checked in 20 minutes earlier. Although there was a separate ticket gate, the seats were not fixed after entering. We chose the first row in the middle. A wonderful water curtain lighting, fireworks show, worth seeing.
fayefan
fayefan
5/5
작성일: 2015년 8월 10일
193
5/5
Love it! On National Day, it's easy to get there by walking pontoon bridge and half by elevator, free of charge. Singaporean pedestrians have shacks in their places, so they don't worry about the rain and the sun. They are very humane. The park opened at 10 o'clock, although it was a holiday, but people did not feel too much to bear. The Park project on the left side of the noon basically did not need to queue up. So the cat battled twice in a row, just in time to watch the pirate show, sat in the wet zone, prepared the raincoat, but it was not wet. Then I went to see a 4D Shrek movie. It was good. The seats were watery and itchy. If you need to queue up, drifting suggests doing that rotary drifting, bamboo raft is not interesting, but the former queue for an hour and a half, there is a locker in the queue, charges, I am afraid that the wet bag saved an hour spent 4 new coins, the result of playing out of time, and paid 4 new coins to withdraw, too expensive, if you don't have many things, the raincoat wrapped in front of the backpack is not necessary. It's not a roller coaster. Transformers war is really good, but also queued to soft feet, but it's worth it. When queuing, the line keeps moving. There are not many people watching the team. In fact, there are many circles of people inside and outside, but they can sit in almost an hour. Local tyrants must buy fast priority tickets. Originally, 50 new coins on the official website felt cheaper than Taobao. They wanted to buy them on the spot. As a result, they found 70 new coins, which were too expensive and gave up, but they were out of date when they saw people roaring around you. Many popular projects can't enter again around 6 p.m., so it's impossible to play before the closure of the park at 19:00. Write so much, please praise and encourage Ha!
시온맘
시온맘
5/5
작성일: 2020년 1월 12일
0
5/5
센토사섬은 아이든 어른이든 누구나 즐겁게 여행할 수 있는 싱가포르 최고의 명소입니다!! 루지,아이플라이,키자니아,유니버셜 스튜디오등에서 신나게 놀고~ 센토사에 있는 비치에서 수영도 하면서 여유를 즐기길 권합니다~^^ 센토사를 강력하게 추천해요~^^
시온맘
시온맘
5/5
작성일: 2020년 2월 2일
0
5/5
센토사섬은 멋진 액티비티가 아주 많은 곳입니다~^^ 아이들과 한달을 같이 있어도 부족함이 없는 곳이에요~^^ 센토사섬에서 루지 특별히 강추 합니다!! 또 메가짚도 타보세요~^^ 아이플라이는 특별한 경험을 하게 해줄거에요
더 보기