Angkor Wat (Angkor Monastery, Angkor Junior) is a mausoleum temple built by Sulliyah Bama II for himself. He believes that he and Vishnu will become one after his death. It is also the only monastery in Angkor with its main entrance facing west. The original name of Angkor Wat is Vrah Vishnulok, which means "the Temple of Vishnu". In the previous article, we mentioned "Vishnulok", which is one of the three main Hindu gods, representing "maintenance". In the late 12th century, Angkor Monastery gradually transformed, showing the characteristics of many Buddhist temples. Hindu monasteries generally face east, but probably because the eastern part is relatively narrow, there is no large-scale venue for activities, so they change to the west. 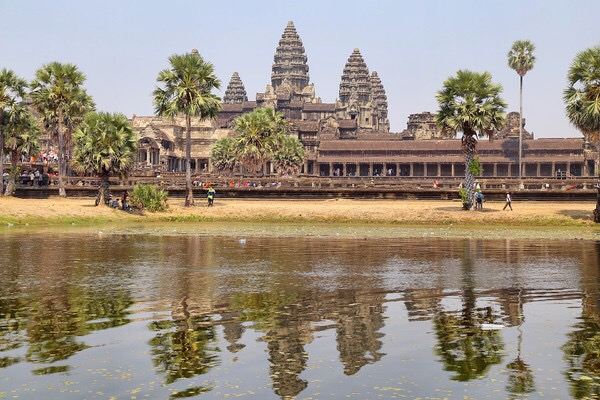 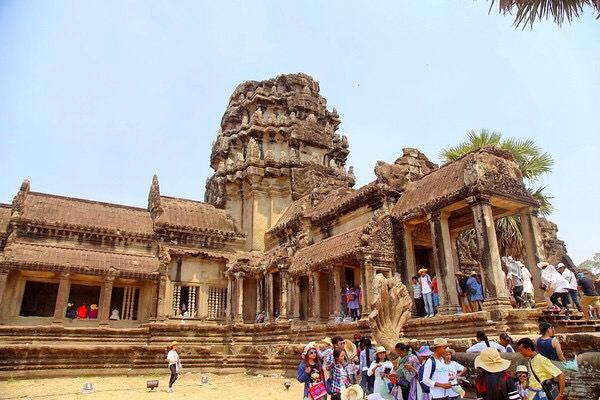 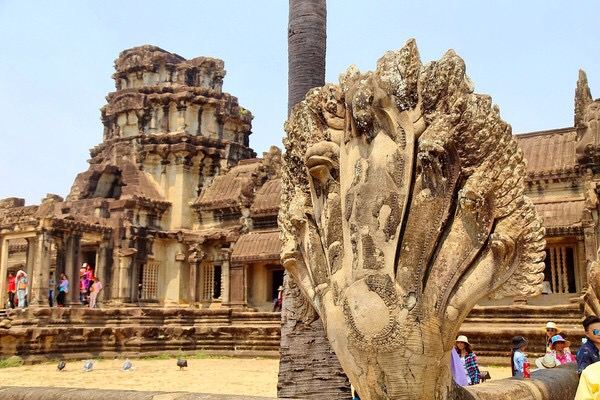 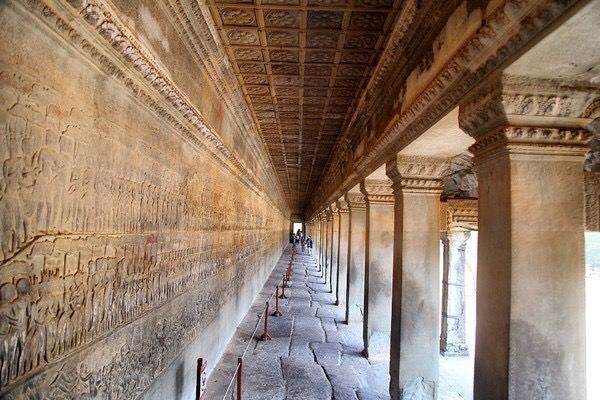 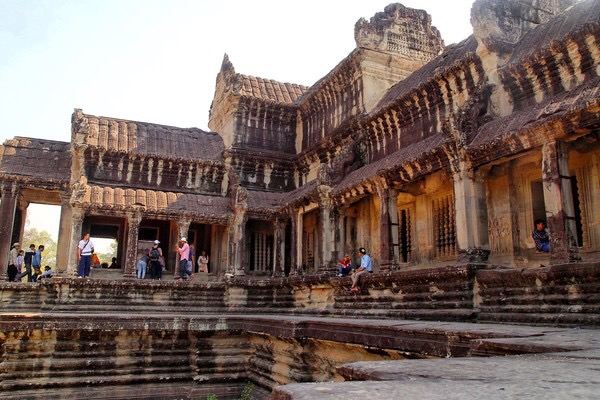 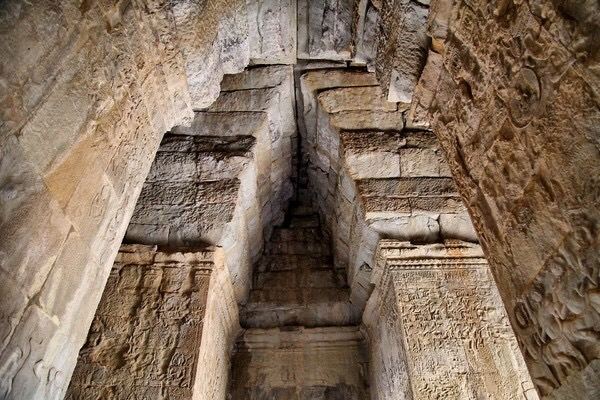 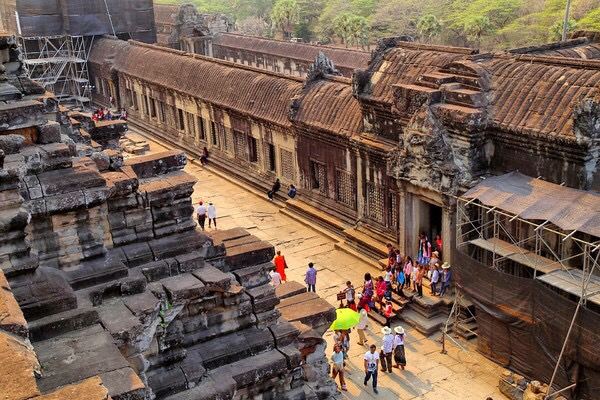 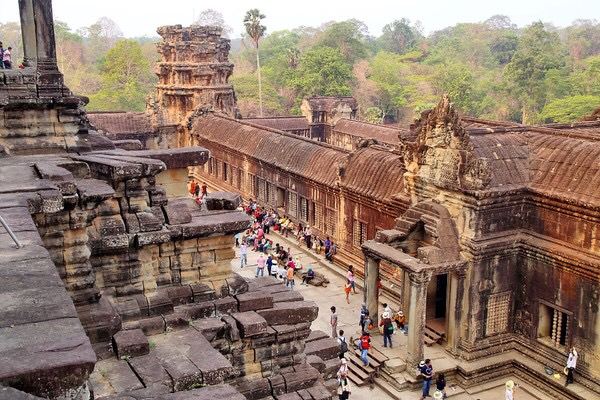 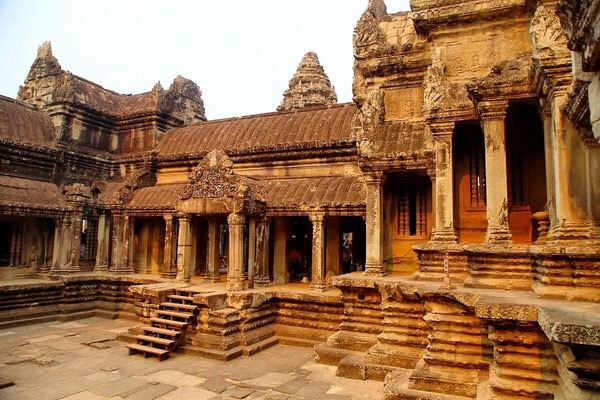 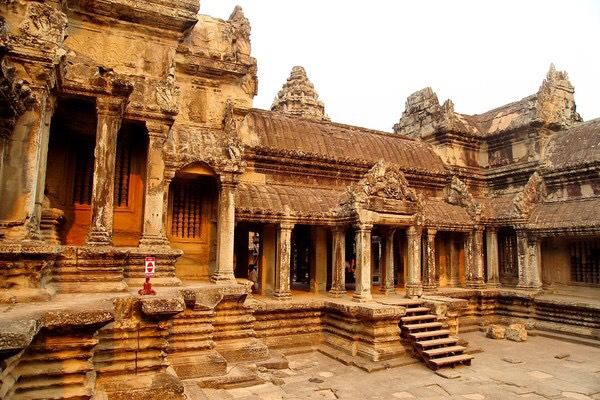 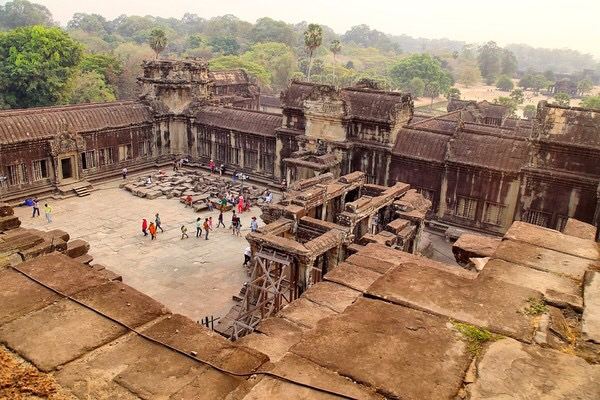 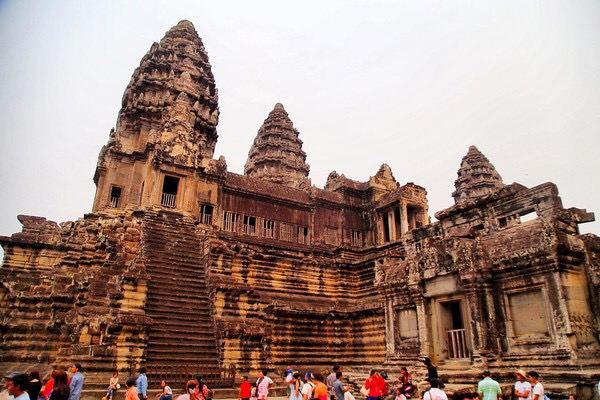 _NV***40
_NV***40
5/5
작성일: 2020년 2월 16일
0
5/5
죽기전에 꼭 봐야 할곳이라 방문한 앙코르와트 정말 경위롭고 신비합니다 ~정말 꼭 한번 방문해 보세요 ~후회하지 않을 겁니다 ~
松竹梅雪
松竹梅雪
5/5
작성일: 2017년 7월 29일
12
5/5
Angkor Wat, also known as Angkor Temple or Little Angkor, is a temple Mausoleum of Angkor monument. Angkor Wat is famous for its architectural structure and exquisite sculpture. It has been rated as a world cultural heritage and a must-visit place for Angkor. The sunrise at Angkor Wat is spectacular and beautiful. It takes 4 or 5 o'clock to get up to catch up. Angkor Wat has a 470-meter-long lead-way, which is lined by a Tibetan Sutra Pavilion, situated on the outside and the inside, facing the West and the east. The sun rises behind the Angkor Wat and shines on the pagoda. The silhouette of the whole Angkor Wat pagoda is reflected in the city pool ahead, which is breathtaking. There are more than 2,000 goddesses carved in the inner corridor, each with different looks and hairstyles, only one goddess is toothed, and the rest are not grinning. Walking in the corridor, the corner can inadvertently encounter this one or two or three group of goddesses sculpture.
野蛮山顶洞人
野蛮山顶洞人
5/5
작성일: 2018년 2월 16일
6
5/5
Although I read some Angkor Wat materials before I came here, when you really unveiled the veil and came to her, his strength was so great that you can't imagine it! _________ In addition to shock or shock! In my common sense, shouldn't you keep your eyes open when you want to seduce someone? But the sculptures here are all Bodhisattva's eyebrows. A faint smile on his face. Still tempted me not to move ____________ It seems that she understands all the sufferings and secrets of life, sends out a kind of joy from her heart, and describes it as pure as water. I told my 7-year-old son about the quiet in books. What is peace? Can you describe it? But this sculpture can tell us in detail. This is culture [snickering], this is art [snickering] [snickering], so we human beings can not do without the inheritance of culture and art. Despite the destruction of culture, she is still smiling, as if to tell you that I Even in the Khmer era, all the hardships will pass! Her smile... Conquer the whole world!
张之馨儿
张之馨儿
5/5
작성일: 2017년 10월 15일
6
5/5
Siem Reap is the location of Angkor Wat. Although it is not as modern and prosperous as Chinese cities, the French Cambodian buildings and villas everywhere add luster to the town. Big and small Angkor Grottoes, collapsed mysterious palaces and tangled palaces with ancient trees all reveal mysterious colors, which deserves to be one of the eight wonders of the world. It is worth mentioning that Siem Reap has one-quot; tall trees-quot; highway, both sides of the road are precious ancient trees pointing directly to the sky, which are very well protected. It has a feeling of traversing through the tropical jungle from ancient to modern times! _________ It's a place worth visiting.
더 보기