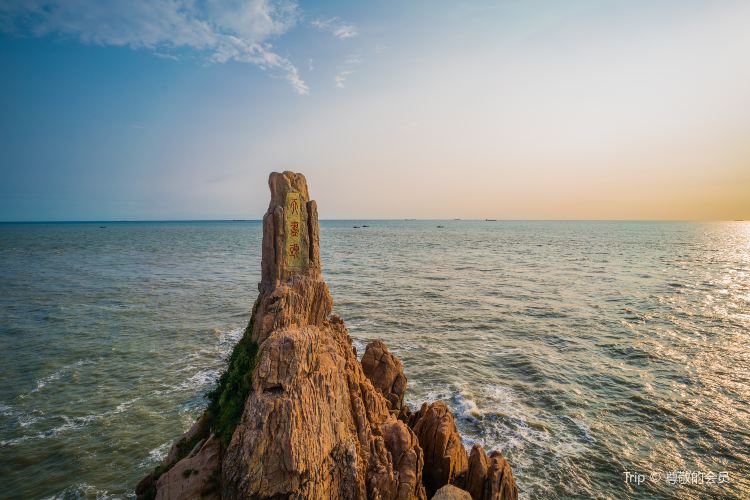 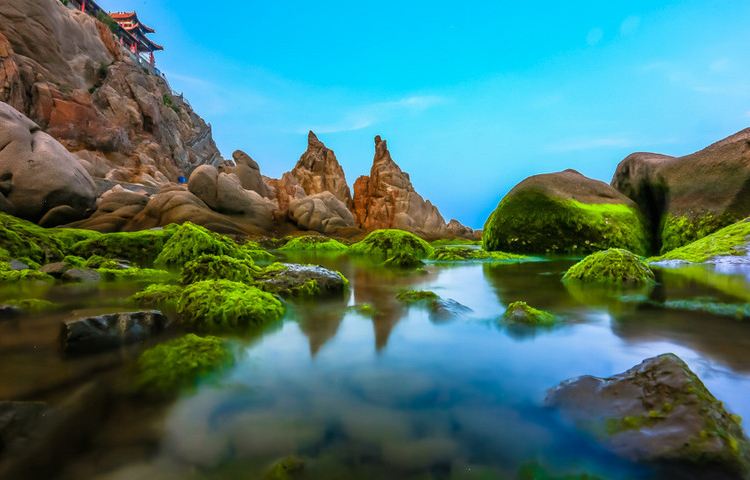 포스팅하러 가기
From the map, the Shandong Peninsula is not far from the Korean Peninsula. The easternmost tip of the Shandong Peninsula is Chengshantou, the closest place to mainland China in mainland China. The linear distance is only 94 nautical miles, which is almost the distance from Shanghai to Hangzhou. Cheng Shantou is called the end of the sky in ancient times, because here you can no longer see the land to the east, only the sea. Two years of Qin Shihuang's six-week tour, two of them went to Chengshantou, which was the easternmost part of the Daqin Empire's territory at that time. In addition to Xuande Yangwei, he also came here to seek for immortality. Don't miss the sunrise at Chengshantou. This is the first place on the Chinese coastline to see the sunrise. It is of great significance. There are many inn and hotel beside the Chengshantou Scenic Area, where you can walk and watch the sunrise. This is one of the most beautiful coastlines in China. "China National Geographic" selected "China's most beautiful eight major coasts", Cheng Shantou and Yalong Bay in Sanya, Hainan, and Yehliu in Keelung, Taiwan, ranked top three. There are very few industrial enterprises in , most of which are used for marine aquaculture and development of fisheries, so the sea is clean and clear, and it is rare in China. The scenic spot of Chengshantou is not small. You can take a battery car to and from various scenic spots. Yanfu Island is a small island reef that promotes the theme culture of love.

River2014
The misty mountain heads | Summer leisure, of course, depends on the sea. It is best to go to Xixiakou to see the sea. Xixiakou Tourist Area is the essence of Weihai Tourism. It is the first place in the mainland of China's most beautiful eight major coasts - Chengshantou National Scenic Area. Chengshantou is located at the easternmost point of China's land and sea handover. It is China. The first place to see the sunrise on the sea. Traffic Tips: After arriving at the tourist area, there is a scenic shuttle bus connection between the scenic spots. It is not a self-driving friend and there is no need to worry about the inconvenient traffic in the scenic spot. Chengshantou Scenic Area If you have a self-driving car, it is recommended to drive to Chengshantou; if you do not have a self-driving car, you can choose to take the cable car to enter the scenic spot.

Moer
Cheng Shantou is the first place in the Jiaodong Peninsula to see the sunrise on the sea. It is known as Asia--the place where the sun rises and is the good angle of China. It is in the eastern poles of the Chinese coastline, like a dragon sucking the sea, brave and brave, reaching out to the sea. The first place to greet the first sun in the sun, is the first sea horn in China to see the sunrise, is the legendary "end of the sky", attracting countless tourists, not far from the mountains, wading through the mountains, Just to catch the first bright morning in the morning.

Adam Yue
Located in Chengshantou, Rongcheng City, Weihai, Shandong Province, it is a national 4A-level tourist attraction, named after the easternmost point of the Chengshan Mountains. Chengshantou is surrounded by the sea on three sides, and it is connected to the land. It is only 5 nautical miles from the main north-south international navigation channel. It faces the South Korea across the sea. It is only 94 nautical miles away. It is the first place in China to see the sunrise at sea, so it is also called "China." Cape of Good Hope." In 2005, Cheng Shantou was ranked third in China's most beautiful eight major coasts by China National Geographic magazine, second only to Yalong Bay in Sanya, Hainan and Yeliu in Taiwan. But obviously, the reputation of Chengshantou is far less than the other two. But everyone knows? "Chengshantou" has another name, called "the end of the sky". It is reasonable to say that as the easternmost point of the Jiaodong Peninsula, the name "end of the sky" is very appropriate, just like the "end of the earth" in Sanya, but it is Because of this nickname, the Chinese emperors did not dare to come to this place, because the word "the end of the sky" may also mean "the end of the emperor", now, you went to "chengshantou", but also on the towering reef I saw these three words of engraving. Looking into the hills, it really does not bear the reputation of "China's most beautiful coast". I can't think of a coastline that is not so popular but beautiful in Rongcheng City, Weihai. Maybe it has no coastline that we usually see. Soft and regular, but full of some natural wildness and tension.