Shengli Park in Changchun City, located at the intersection of Beijing Street and Renmin Street in Changchun City, was built in 1915. After 1948, the government redesigned it. It covers an area of 230,000 square meters, of which 13,000 square meters are water surface area. It is divided into flower area, goldfish area, children's playground area, water activity area and lotus pond. Tickets are free, and the park's Ferris wheel is visible from a distance, and Chairman Mao's statue is at the entrance. In summer, there are birds singing and flowers fragrant, weeping willows brushing the bank like gardens in the south of the Yangtze River, but there are also suonas suggesting the northern dialect. It's a good summer resort. 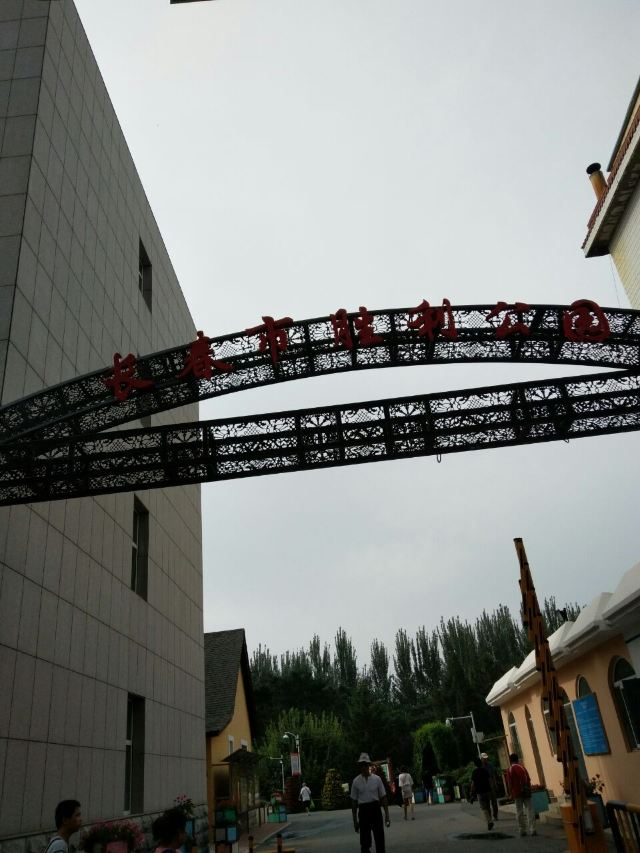 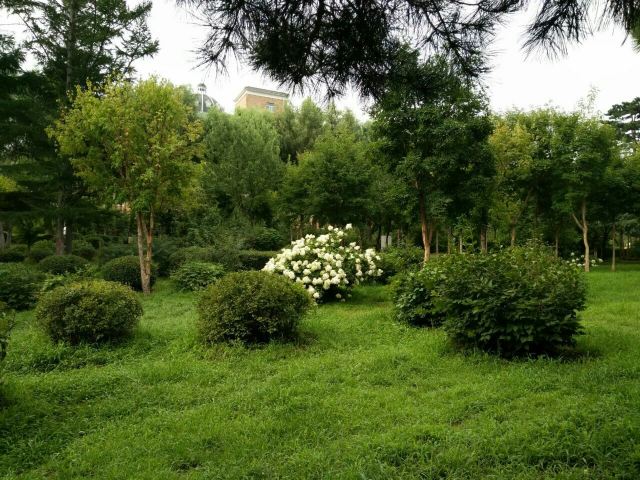 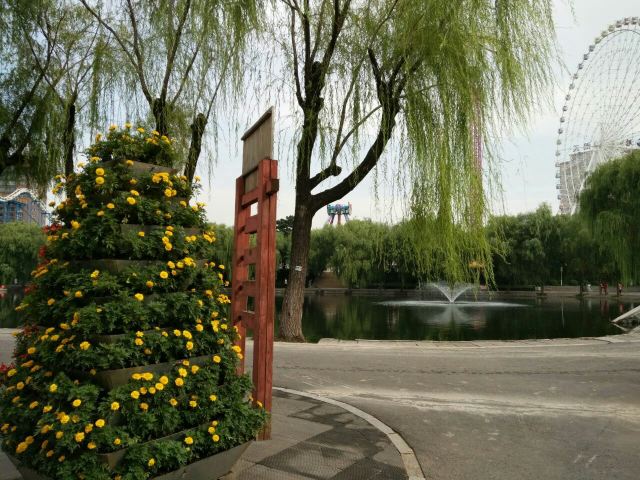 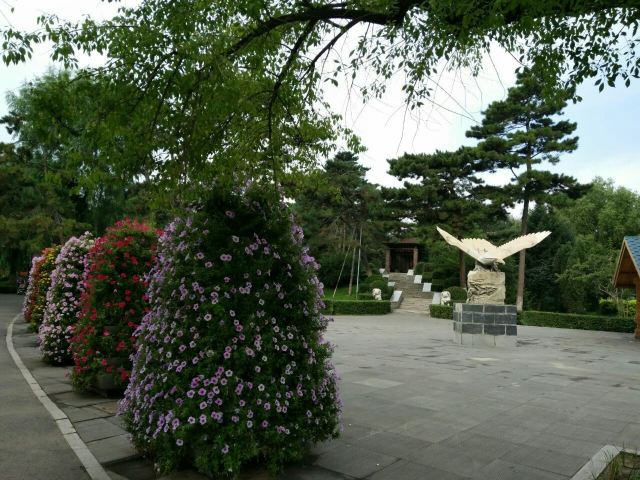 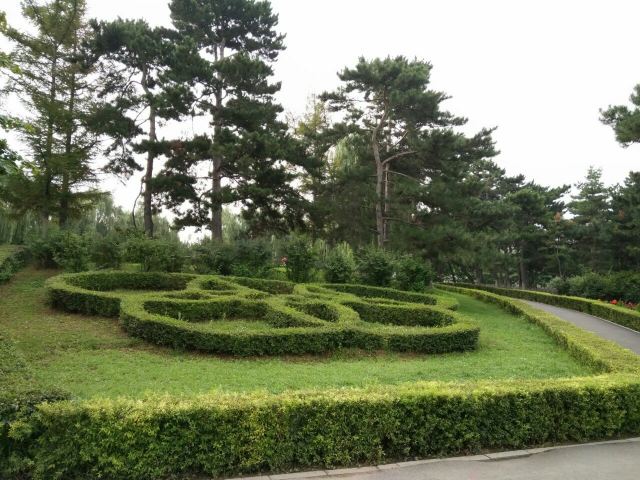 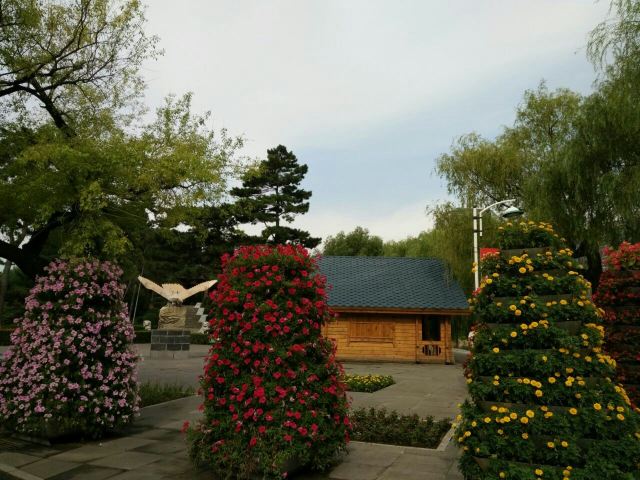 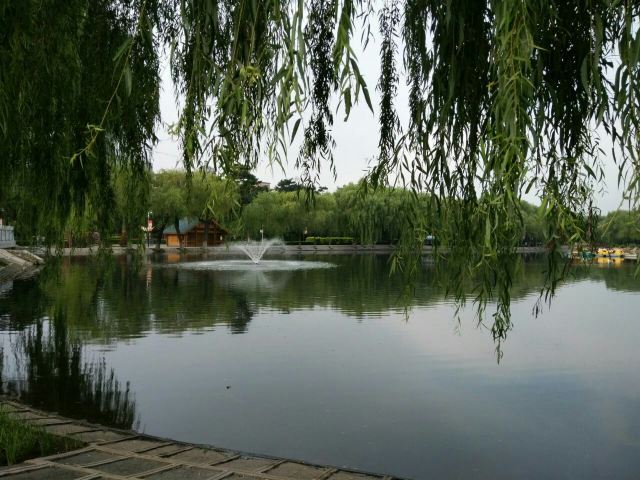 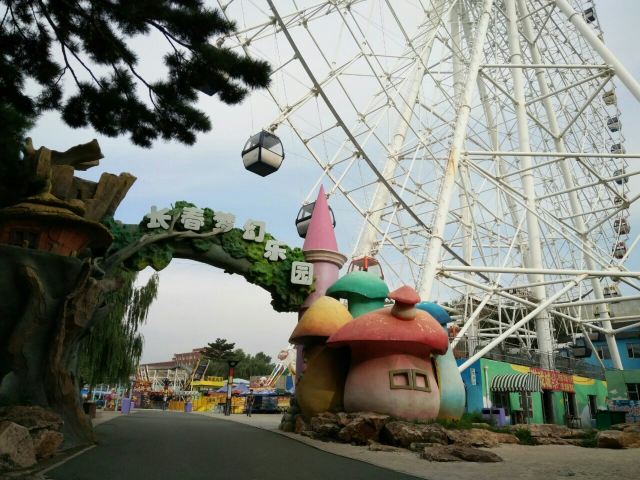 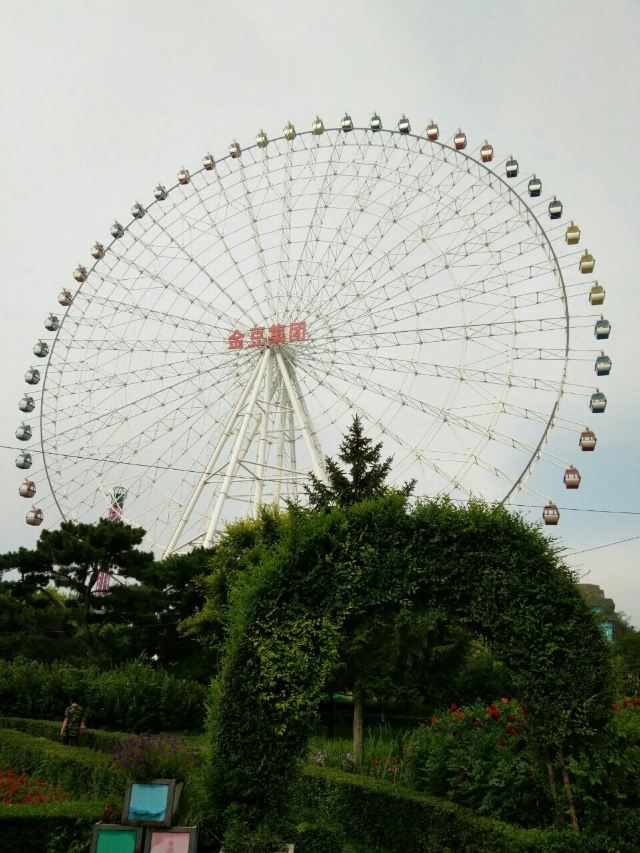 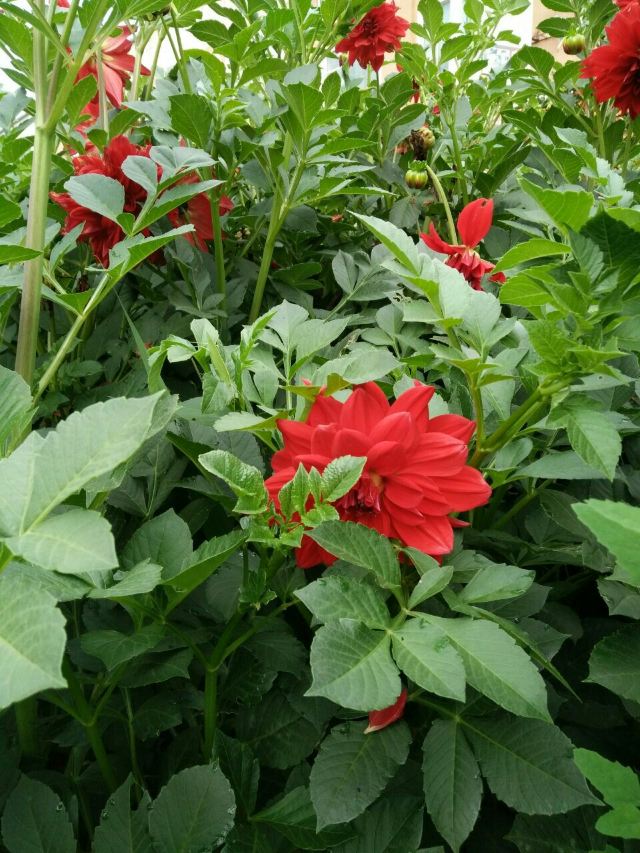 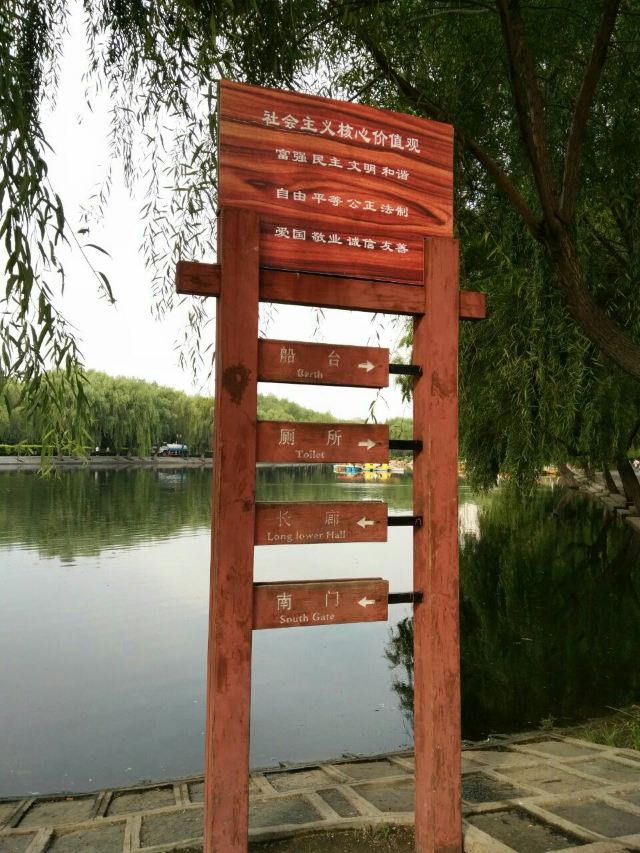 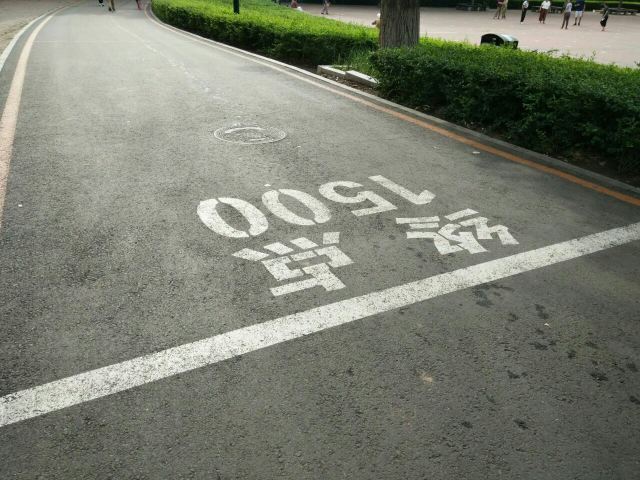 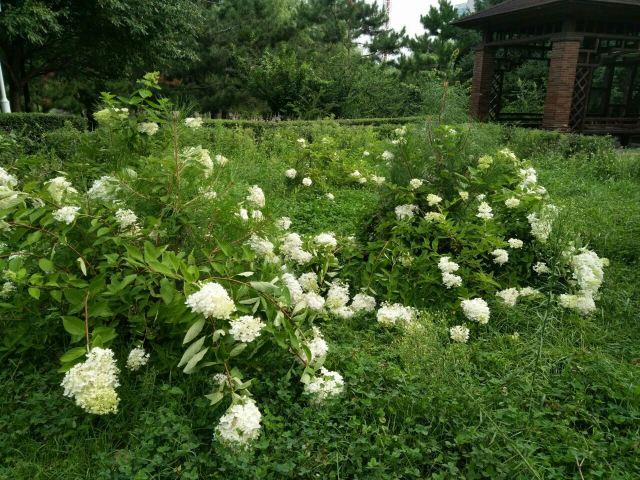 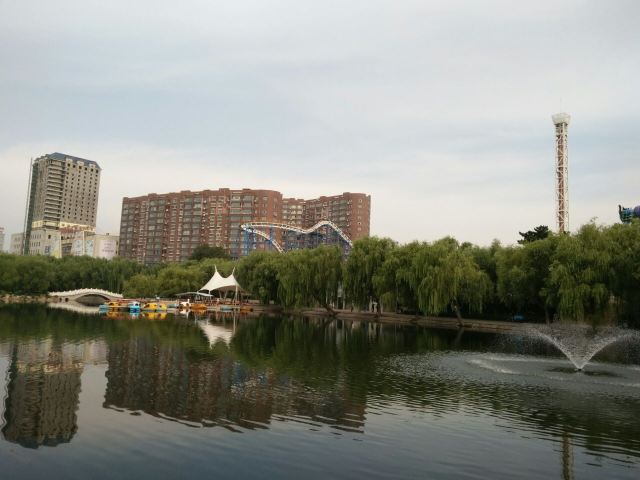 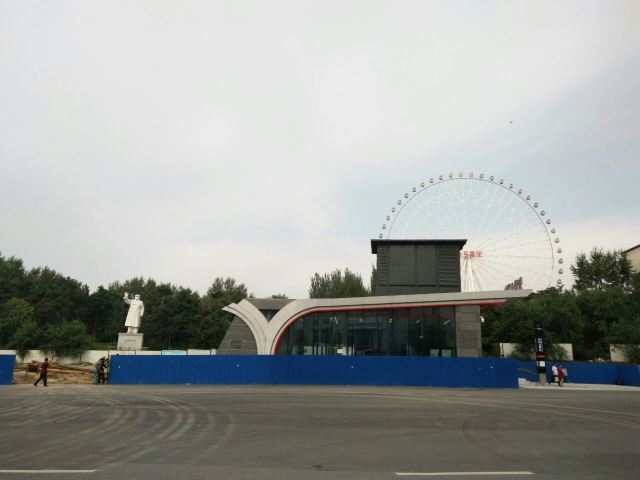 小涛33
小涛33
5/5
작성일: 2017년 6월 27일
24
5/5
It's not too big Victory Park. It's worth visiting by citizens and tourists. There are small rivers and many recreational facilities in the park. It's worth mentioning that the Ferris Wheel, 30 yuan per person, is worth one. Look at the prospect of Changchun. It's closer to Changchun Railway Station, and the traffic is convenient. It's good.~
菲雪han
菲雪han
5/5
작성일: 2018년 2월 21일
11
5/5
Starting from the railway station, I chose to go to Shengli Park on foot, because it was not far along People's Avenue and passed Hangzhou Road, Longjiang Road and Nenjiang Road, turning right into the north gate of the park. The main entrance of the park was temporarily inaccessible because the construction of the subway had not been completed. Victory Park is a place that I often visited in my middle school days. Every day, I have to go back to my hometown after 40 years. At that time, we couldn't enter the park casually. We could only jump "barrier" or get into it illegally. Haha, I'm sorry for the park management and everybody. Because at that time, we bought tickets and went in very rich people. Unlike at that time, many animals were still in the park. Every year, only the day of sweeping the martyr's tomb in the Qingming Dynasty was the day when the martyr's tomb was openly entered. Today's parks are different from those at that time. They have high Ferris wheels and high-altitude spinning games. They really don't know what their names are. They want to play once. They are afraid of heights and age. The first glance is the Ferris wheel. The yellow house next to it used to be a garden and office. Now it is the privilege of the Centennial Exhibition Hall to open it. Ask the staff and girls to go to Xiaobeimen to collect tickets. Free visit to the Centennial Park inside is too good for some old pictures, objects and scenery. The Exhibition hall is carefully passed by by by by one of my visitors. Every showroom remembers the past and gives a hundred compliments. At the end of the visit, I said goodbye to the little girl. Thank you. The enthusiastic little girl took me out of the door and moved me.
ONLYOU惟伊
ONLYOU惟伊
5/5
작성일: 2016년 2월 13일
13
5/5
It's not far from Changchun Railway Station. It's free. There's an amusement park inside. It doesn't look good enough to close in winter. In winter, you can also play skating in the park and rent equipment.
小马恒恒
小马恒恒
5/5
작성일: 2017년 8월 30일
9
5/5
In the vicinity of the railway station, there are many buses. It is suggested that we should not drive by ourselves. There is no place to stop. We turned three times and found a place. Nowadays, many of them are rushing to the playground inside. The items they play are OK and the basic ones are also there. Changchun's torrential bravery should be the only one. Ferris wheel is also the only one. It is suggested that we play torrential bravery first, and then a big pendulum, and then the wheel dries up. Buy a card at the door to save money, and return it when you leave. A project is basically 30 or 35.
더 보기