The Furong Garden of the Tang Dynasty is located in Qujiang New Area, which was once a famous imperial garden in Chinese history. Qujiang is named for its tortuous waters. It began in the Qin and Han Dynasties and flourished in the Sui and Tang Dynasties. Since the beginning of Xuanzong in Tang Dynasty, there are three major festivals in March, Shangsi and Chongyang in September. Hundreds of officials and scholars travel together to Qujiang Pavilion. Qujiang Poetry Festival and Qujiang Banquet make Qujiang a public garden for literati, Mohists and civilians. Qujiang's various activities, with the participation of the people, are very lively. Sanchun Car and Horse Passenger is a prosperous place for a generation. The weather is new on March 3rd, Duoli by the Chang'an River. It's about the place and the scene. Tang Xuanzong was a playmaker. In order to enjoy himself, he also expanded Qujiang on a large scale, which made its grandeur unprecedented. In the Royal Forbidden Garden Furong Garden, Xuanzong built Ziyun Tower, Caixia Pavilion, Linshui Pavilion, Shui Dian, Shanlou, Penglai Mountain, Liangtang and other buildings, and built Jiacheng from Daming Palace through Xingqing Palace to Furong Garden, 7960 meters long and 50 meters wide. After the expansion of Tang Xuanzong, the palaces in Furong Garden are continuous, the pavilions fluctuate, and the garden buildings in Qujiang reach the highest level. 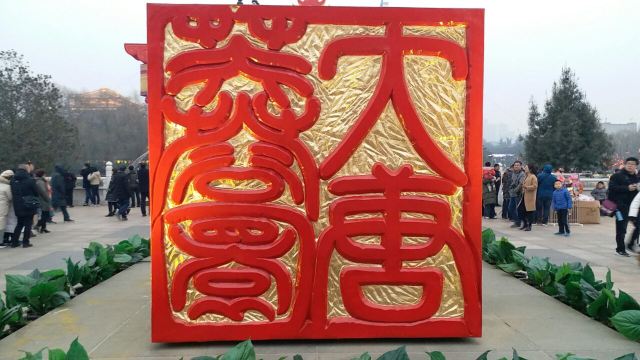 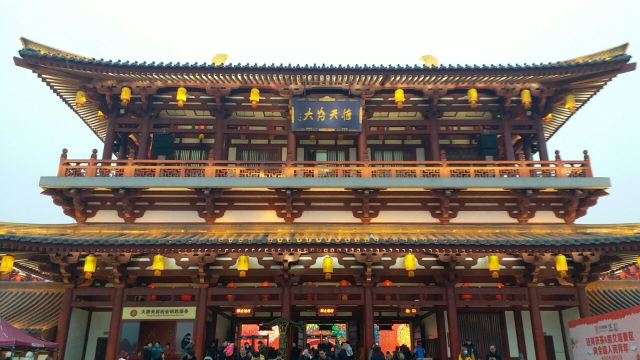 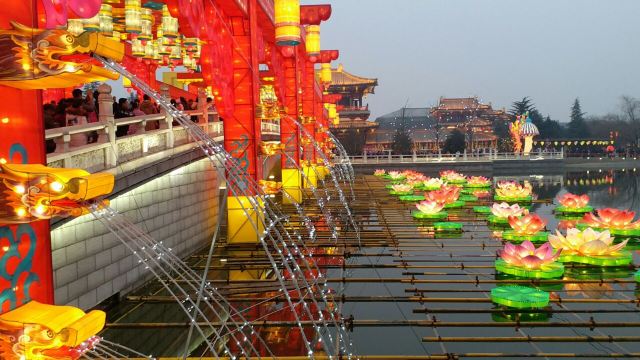 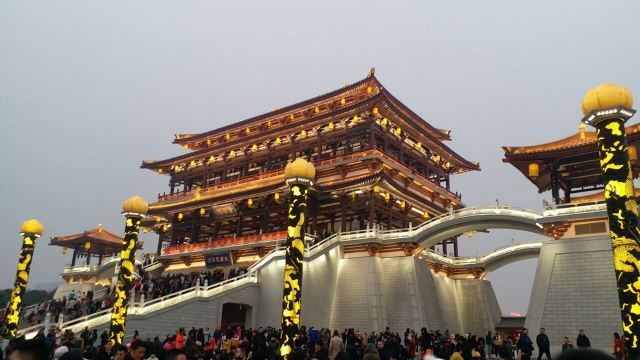 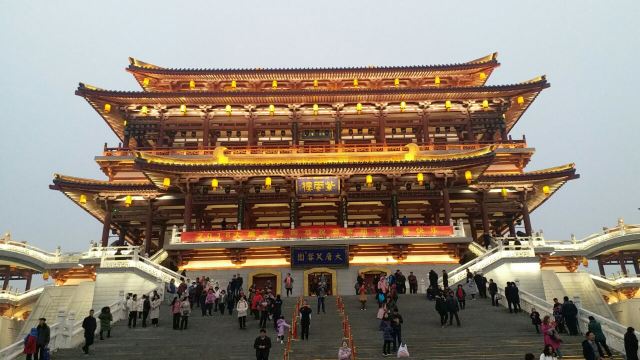 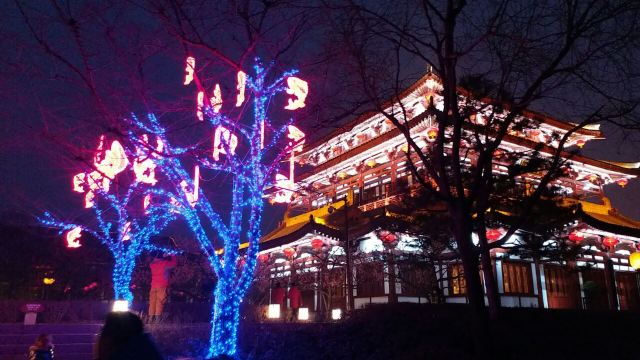 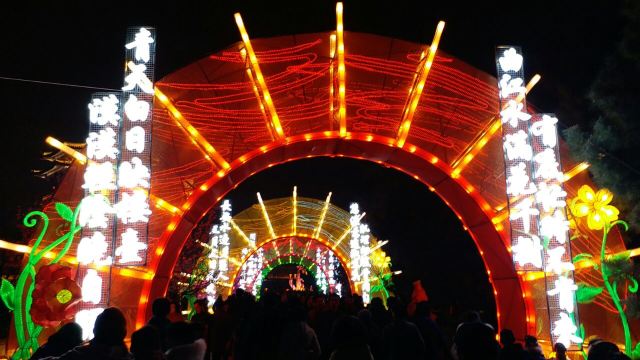 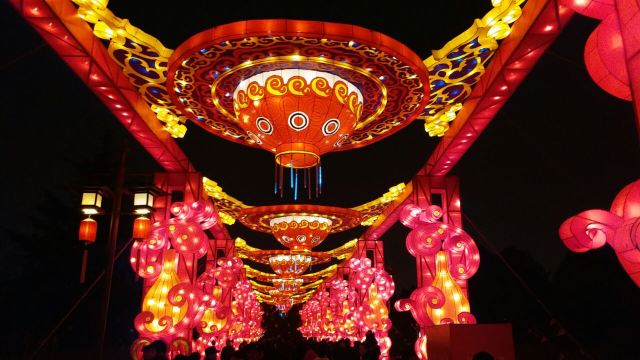 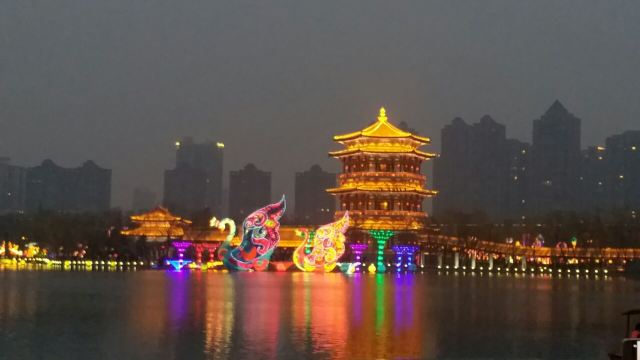 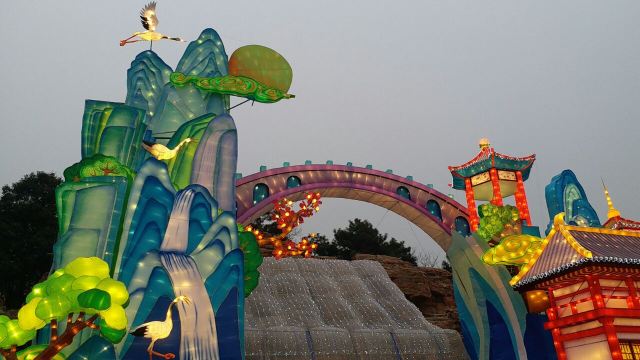 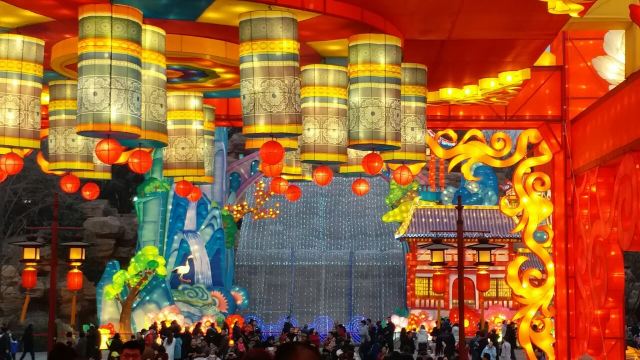 读万卷书_kingsley
读万卷书_kingsley
5/5
작성일: 2017년 5월 31일
424
5/5
This is a beautiful scenic spot in Xi'an. The scenery is beautiful, the performance is good, the ticket price is not too expensive, and the night scenery is especially good. Generally, there are several admission periods at 2:30, 3:00 and 3:30 p.m. In the afternoon, the main thing is to go sightseeing. The scenic area is very large and the greening is very good. It takes at least 2-3 hours to finish all the sightseeing. If the indoor performance of "Dreamback to Tang" is ordered separately, then a dinner will be packed. If the indoor performance is not ordered, the evening performance is similar to it and included in the ticket. At 8:20-9:30, there were three performances in the evening, one "Dream Back to the Tang Dynasty", one light show and one water screen movie, all on the square in front of Ziyun Tower.
游走的小水滴
游走的小水滴
5/5
작성일: 2017년 5월 31일
195
5/5
Furong Garden in the Tang Dynasty, a place I've forgotten to return to! A place that haunts my soul! A place I don't want to go when I come! The magnificent architecture of the Tang Dynasty, the splendid song and dance festival of the Tang Dynasty, the beautiful garden vegetation, and the convenient and thoughtful tourist service facilities all surprised and admired me, a foreigner who came to Xi'an for the first time. Xi'an deserves to be the first place in Northwest China and Qujiang deserves to be the Pearl on the crown! Thank you for the Furong Garden of the Tang Dynasty. Let us remember the Grand View of the Tang Dynasty, roll up our sleeves and work hard to realize the great rejuvenation of the Chinese nation.
iceyicey
iceyicey
5/5
작성일: 2017년 6월 19일
155
5/5
The Tang Furong Garden in Xi'an City is a national 5A class imperial garden with beautiful scenery, which is different from other tourist attractions. Once you step into the Tang Furong Garden, you will feel calm, calm and leisurely. The old Tang Dynasty history song of Qingbo Swan Floating Water and Qingbo Dynasty is full of cherry blossoms, cherry blossoms, slow slopes, green grass, green land and Swan floating water. Dancing Shengping stirred Tang Emperor's Mei Niang's spirited water column to the heavens, and the laser sounds of Langlang Pavilion were placed on the water and on the moonlight night. She was fascinated by the dream of a Tang woman who broke her steps, swayed her waists and legs, and rode a gong on the street to wake up visitors'reverie in the past and present life.
读万卷书_kingsley
读万卷书_kingsley
5/5
작성일: 2017년 6월 11일
76
5/5
This is the three images of Furong Garden in the Tang Dynasty. One is the terracotta warriors and horses, including the production of Liu Xiang and Zidane terracotta warriors and horses. Second, the Tang Dynasty servant statues in the garden are very vivid. The third is the Tang Dynasty ladies displayed in the glass window. Look at their eyebrows, that is, the eyebrows of Zhongwu Zetian in the movie "Empire of Di Renjie's Tongtian". Originally, any movie is based on the historical seaside.
더 보기