Taipei 101 Building is a landmark building in Taipei, even Taiwan. If you don't come to Taipei 101 Building, you are ashamed to say you have been to Taiwan. Building 101 is 509 meters high and the tallest building in Taipei. It can be seen everywhere in downtown Taipei. Apart from being the highest building in Taipei, it is actually the tallest building in Taiwan. Taipei 101 is the tallest building in the world (before 2010). The light of Taiwan deserves it. The world's fastest elevator: The indoor viewing platform from the 5th floor to the 89th floor takes only 37 seconds. The elevator climbs at 1010 meters per minute. It is the fastest elevator in the world and its length is the first in the world. The highest building in Taipei is 101 Building. Other city buildings are short. Standing on 101 and looking down, the whole city planning is not symmetrical, but very orderly and regular. The viewing platform has a small circle. Take a picture of the night scene and turn two circles to see it all. If you want to see it carefully, in the southeast and northwest corner of the viewing platform, there are two-dimensional codes for video commentary, so you can see the current orientation of city introductions in different language versions with a sweep. Taipei 101 building's three largest, its own height, elevator speed, the last is set between the 89-90 floor seismic damper ball. Taipei 101 is the world's first earthquake-proof damper exposed to the overall design of the building, weighing 660 tons, with a diameter of 5.5 meters. It is the only giant damper open to tourists around the world, and the largest damper in the world. Taiwan is located in the seismic zone, so the buildings are not high. Taipei 101, as a landmark, is so high. In order to cope with the shaking caused by high-altitude strong winds and typhoons, it relies entirely on shock-proof damper balls, which use swing to slow down the shaking of buildings. 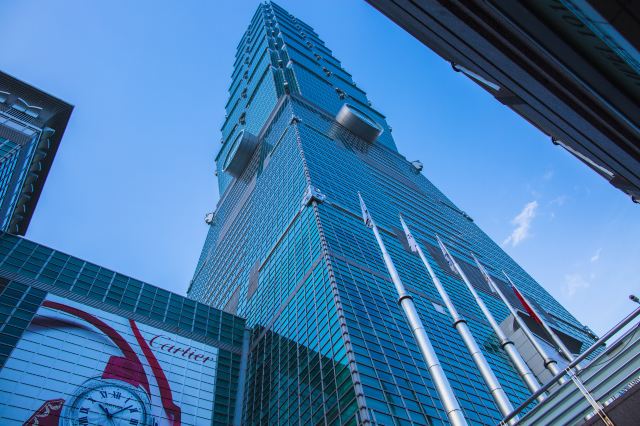 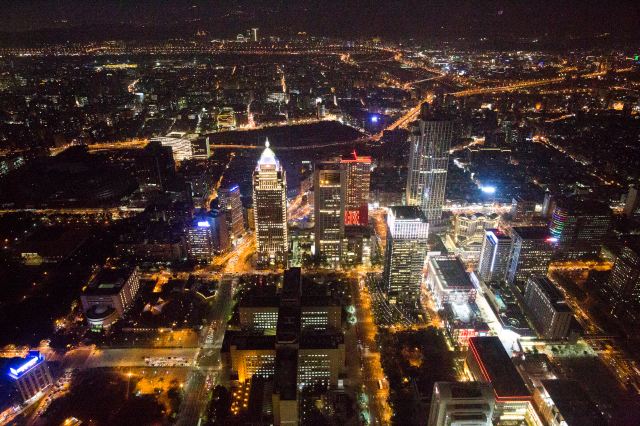 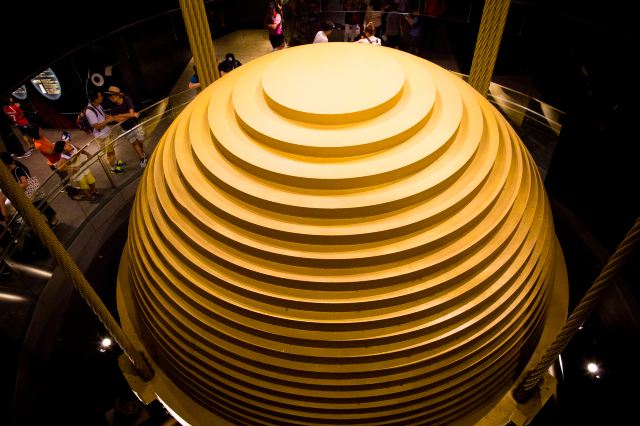 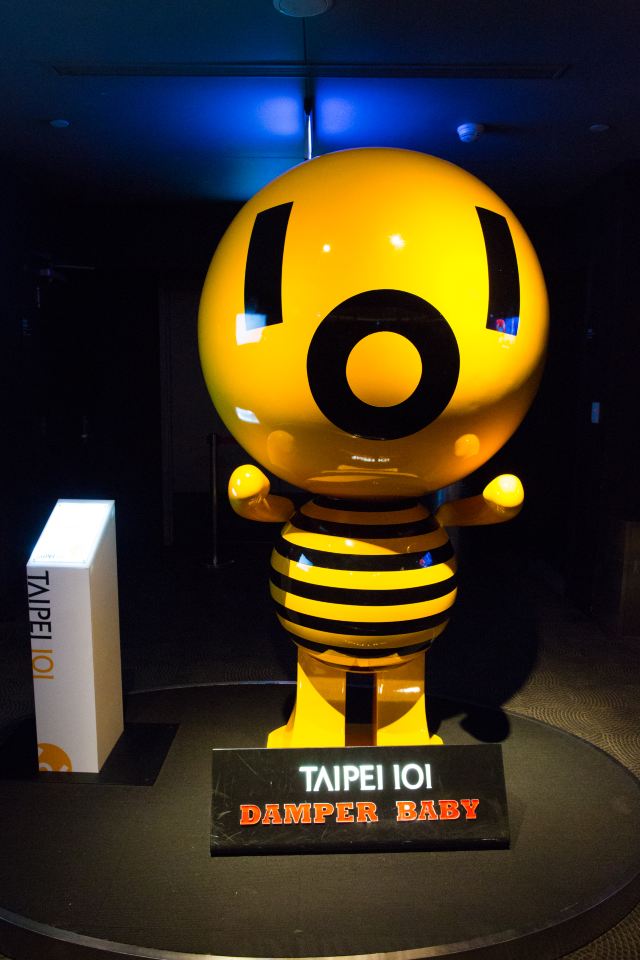 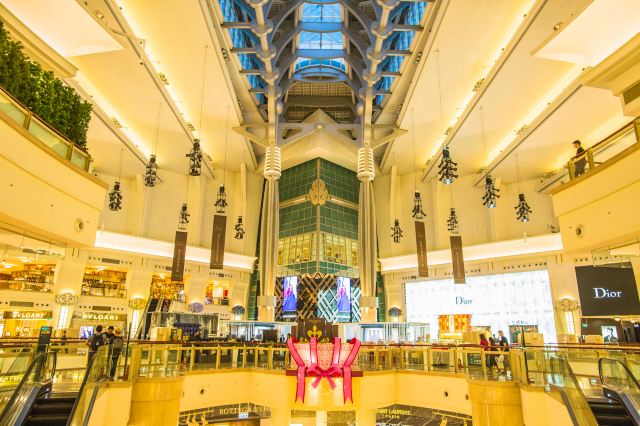 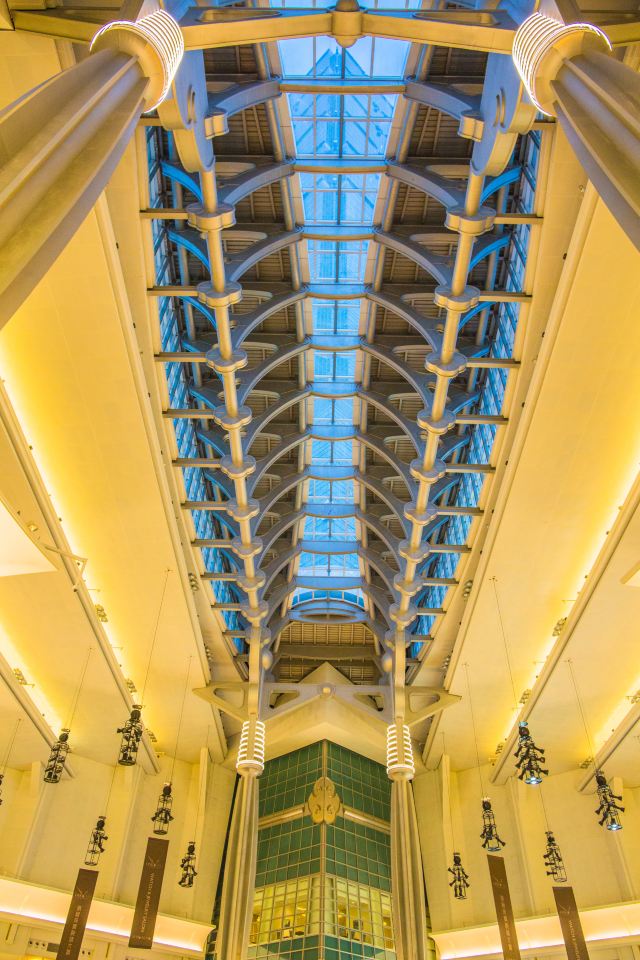 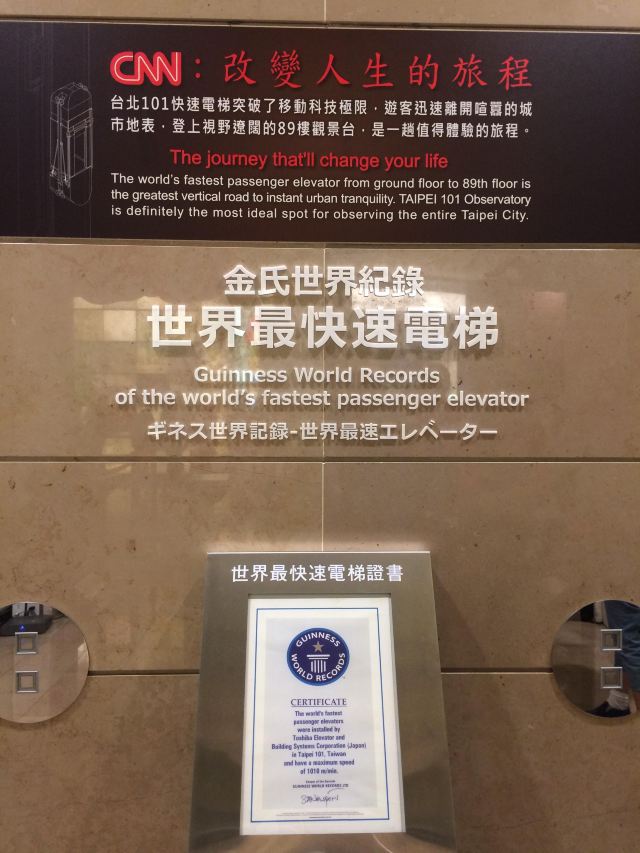 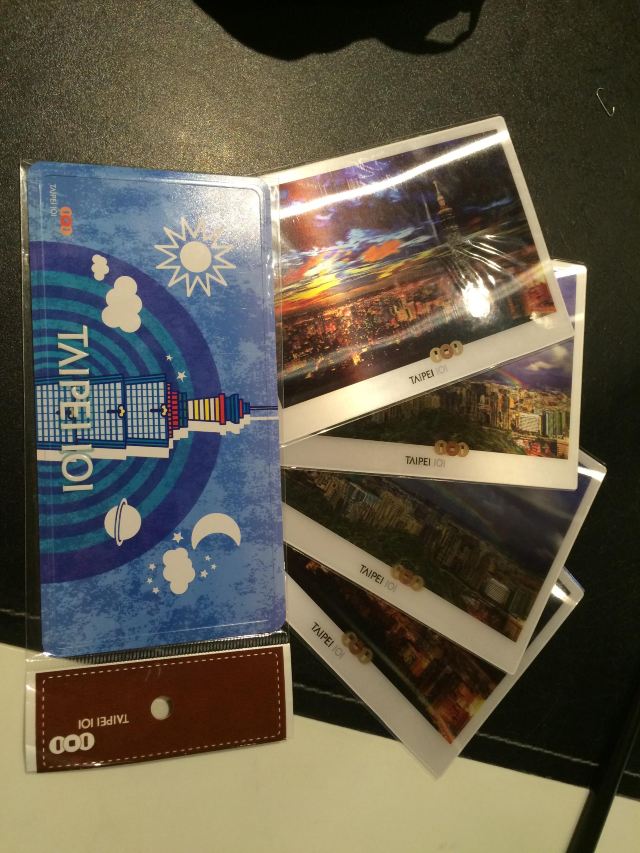 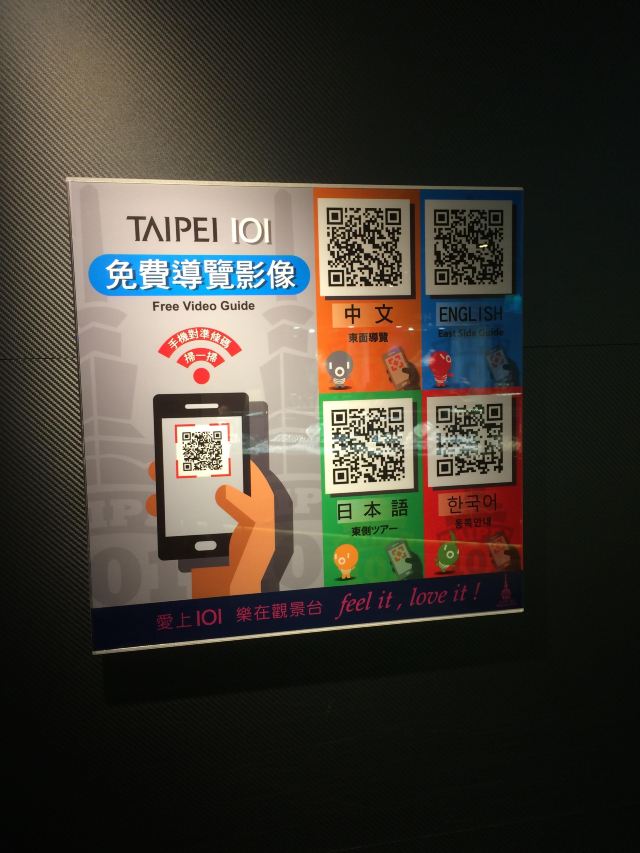 喜欢旅行世界的金家四小姐
喜欢旅行世界的金家四小姐
5/5
작성일: 2016년 12월 1일
58
5/5
It is also a must to visit the 101 Building when you arrive in Taiwan. Two of the fastest elevators in Guinness World Records are used for the viewing platform. The maximum speed of the two elevators can reach 1010 meters per minute, equivalent to 60 kilometers per hour. It takes only 39 seconds for the indoor viewing platform from the first floor to the 89th floor, and 37 seconds for the indoor viewing platform from the fifth floor to the 89th floor. The maximum downlink speed can reach 600 meters per minute. It takes only 46 seconds from 89 to 5 floors and 48 seconds to 1 floor. A little dizzy feeling, soon arrived at the 88-storey building. The world's first earthquake-proof damper, weighing 660 tons, is exposed to the overall design of the building. When dining on the 85, 86 and 88 floors, you can see this damper with decoration and shape like a big ball. Its diameter is 5.5 meters. It is also the world's first viewing platform to reach the 88 floors. When the night falls, there is a red light on the horizon. The buildings around it are also starting to light up. You can clearly see the busy streets, when the world is the most beautiful moment. The last ray of sunshine faded and the real night came on. The Street lines under the building and the beautiful scenery of Taiwan in the night clearly overlook the Memorial Hall of the Father of China. There is also a special souvenir counter for Taiwan 101 Building, which has 101 building models and derivatives such as postcards. Distribution of 101 building floors; B1: Life Food Square, in addition to various tastes of life and personality fashion shops, also provides food from all over the country, with thousands of seats and comfortable dining environment, to provide intimate services. 1F:101 Avenue, with the world's most popular popular brands, including clothing, accessories, cosmetics maintenance and so on. 2F: Fashion Avenue, with free bridges connecting the World Trade Center and New York Mall. Fashion is very popular. 3F: Celebrity Avenue, with various famous brand boutiques and brand flagship stores. 4F: Metropolitan Square, 40 meters high, covers an area of more than 500 square meters, surrounded by open-air cafes and delicate snacks. There are also many European, Thai and Chinese restaurants. 5F: Financial Center. 6F: It is planned to be a fitness center with Taipei 101 Oxygen Gymnasium. Besides the 10.1 million membership fee, it also has the highest indoor climbing wall, boxing ring and other equipment. When you go downstairs, you must go through the 88-storey Jubao 88 to create the world's first gemstone art museum which combines jewelry and landscape, and assemble Taiwan's unique natural corals, sapphires, Taiwan jades and other precious gemstones to make fine jewelry and art works with Taiwan's characteristics, showing Taiwan's gemstone craft from Taiwan's commanding heights to the international level.
_GG3****1040
_GG3****1040
5/5
작성일: 2019년 10월 23일
0
5/5
건물안전시설을 캐릭터화한 것이 인상적입니다. 시간이 촉박하다면 패스트트랙 입장권이 큰 도움이 됩니다.
E26****0973
E26****0973
5/5
작성일: 2019년 8월 21일
0
5/5
타이페이에 갔으면 꼭 들러야하는 곳^^
哈尼宝呗
哈尼宝呗
5/5
작성일: 2017년 4월 22일
6
5/5
First of all, it's going up at a very high speed of 39s to 89 floors; then it's going down for about 40 seconds, the fastest elevator in the world doesn't feel too much, and the ears are a bit uncomfortable, but it's good to swallow. Secondly, looking down at the architecture of Taipei, it's a pity that the light rain didn't go up to 91 floors of the open air, but it's also possible to have the hazy beauty of the clouds; when you're hungry, a cake is similar to your home, and the difference between 99tw More than 23cny, the taste is great. Souvenirs do not mean much. No local tyrants buy less. After all, the mask is not the cheapest part of the duty-free shop. Coral and so on are all valuable things. Ha ha ha is worth visiting.
더 보기