It's great, but it feels like a pit. It's not a golden week. There aren't too many people. There aren't any sharks and whales in the underwater world. Moby Dick's performance is about a double whale show. It's only about a person performing with a whale for ten minutes. It's a kind of deception. Although it's not crowded, it's the peak time, it's the same money that shouldn't fool tourists like this. 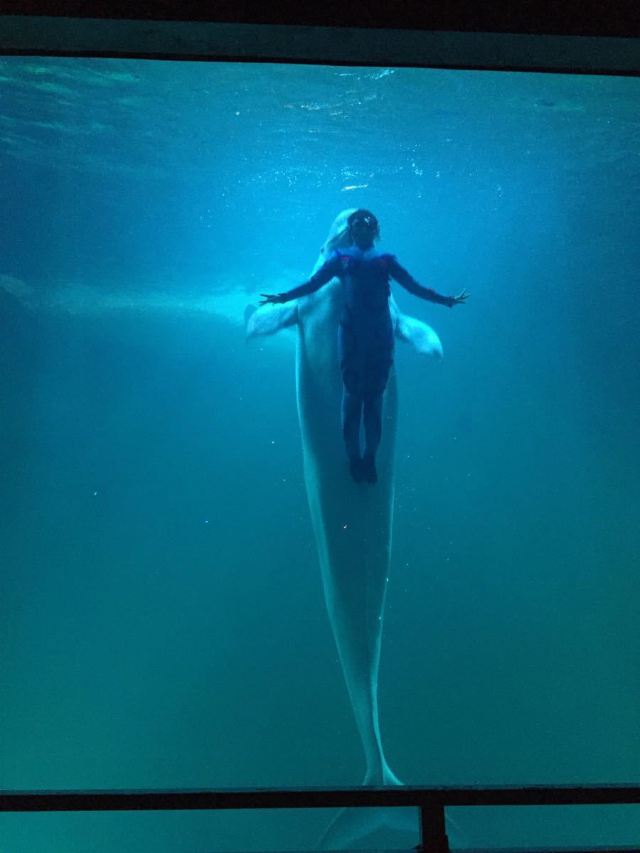 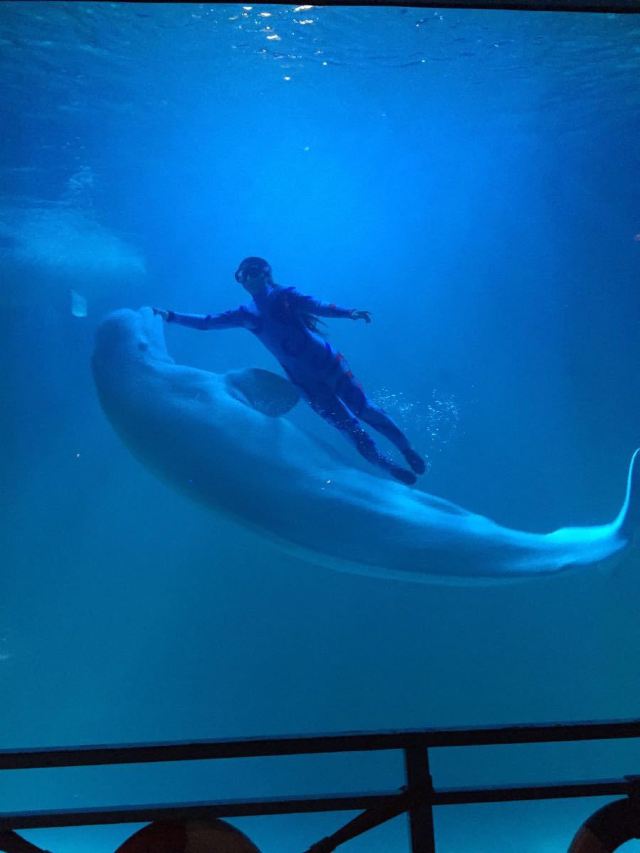 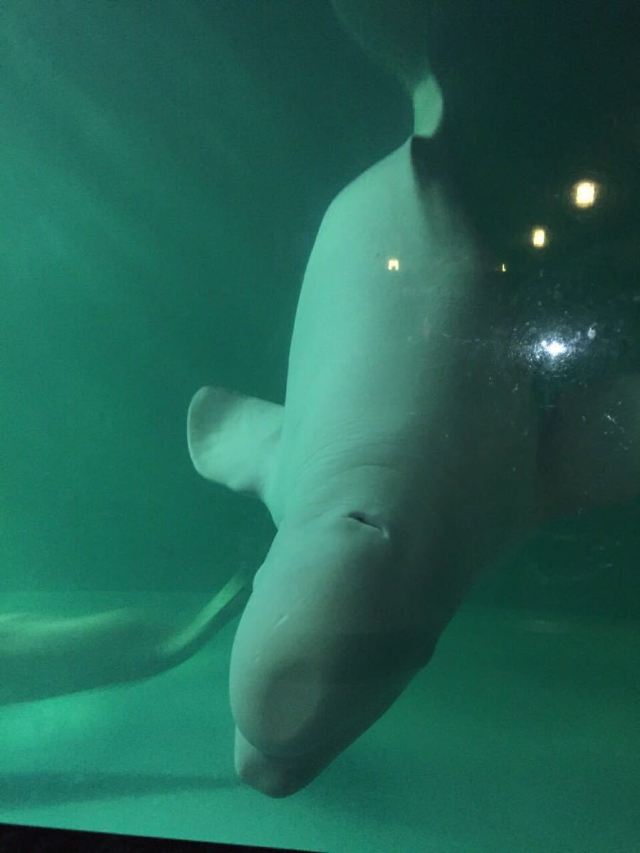 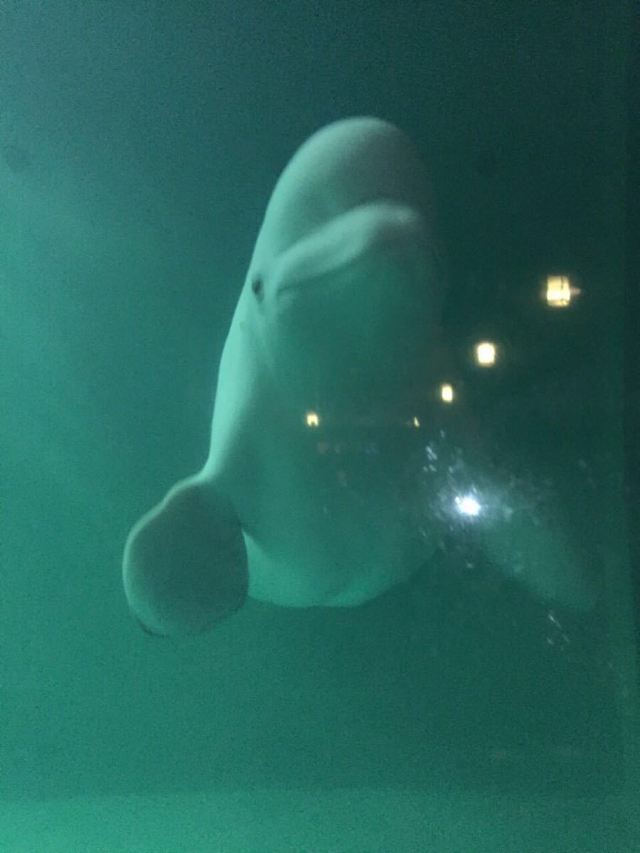 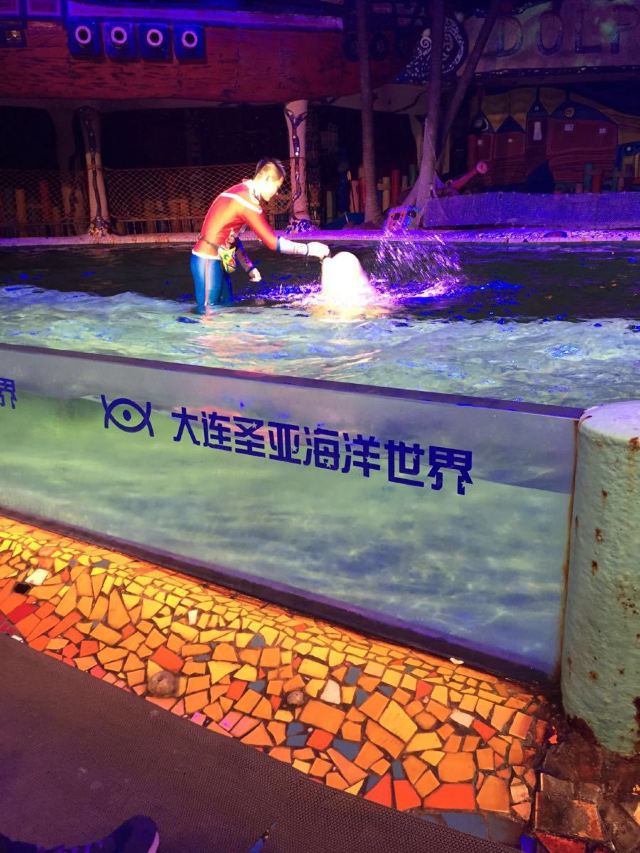 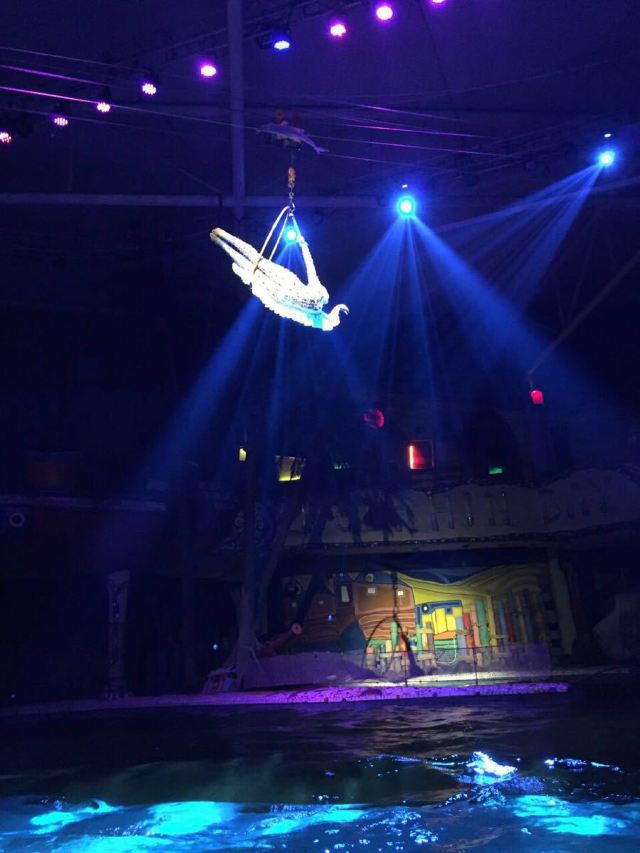 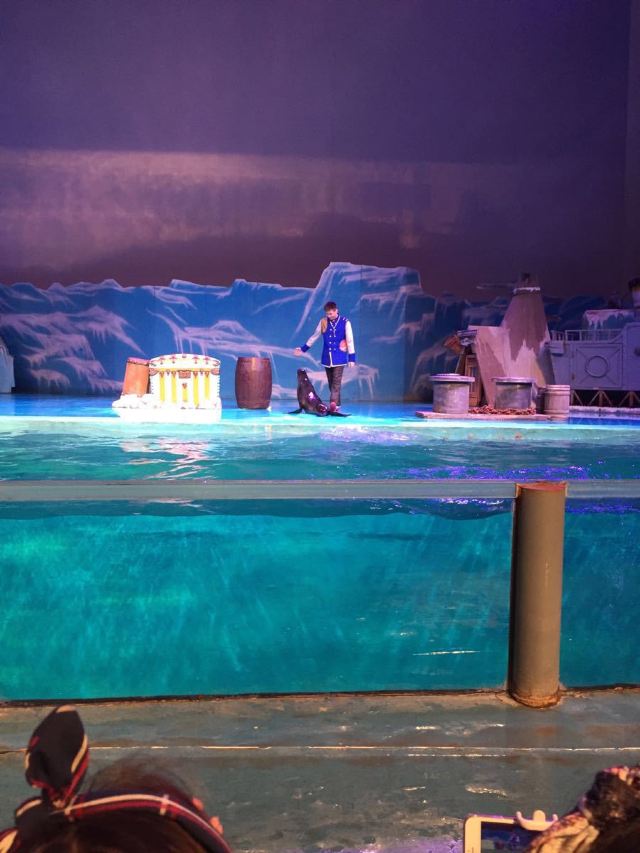 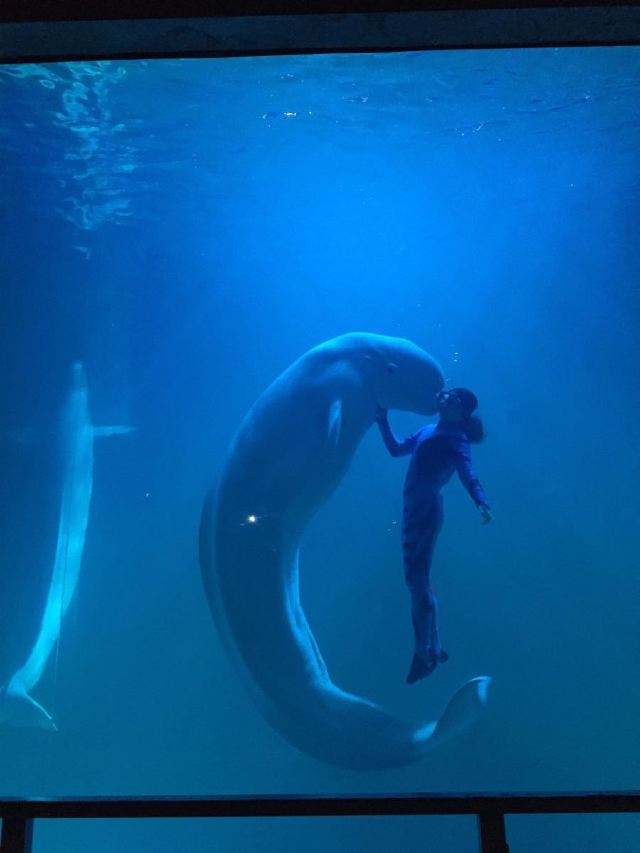 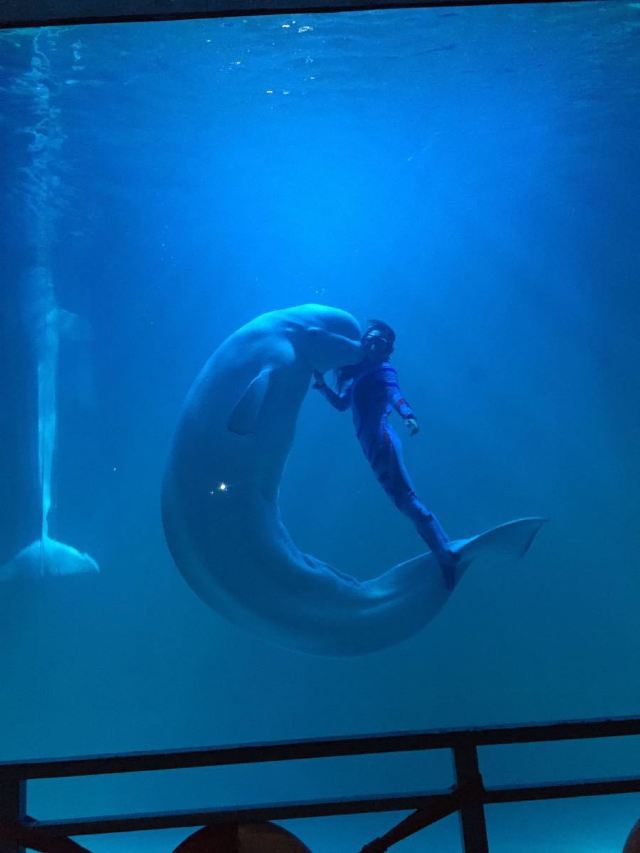 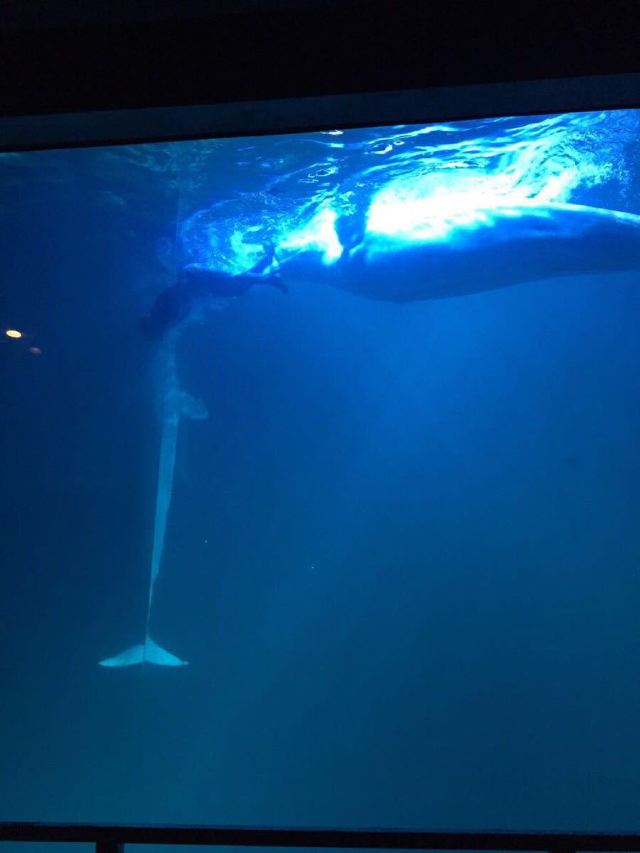 心灵宫殿
心灵宫殿
5/5
작성일: 2017년 10월 16일
319
5/5
Infinite feeling, the whole feeling is like walking in the middle of the sea... Dalian Sanya Ocean World is located in Xinghai Park near Xinghai Bay Square, Dalian. It is famous for its wonderful performance of marine animals and the longest 360-degree seabed passage with no dead angle 118 meters long in Asia. It used to be very convenient. After playing, you can also go to Xinghai Square to feed seagulls and enjoy the unlimited seascape in Xinghai Square. When buying tickets at the entrance, the scalpers'invoice is about 180, but where to go the network is basically 160 (five-hall package tickets), and sometimes the return is lower, so don't cheat the friends who want to go to other places. It is suggested to buy tickets online, which will be much cheaper than the ticket window. When you buy tickets online in Wuguan, you will get 160 yuan (10 yuan for comment) and 220 yuan (see price chart). It is very convenient to collect tickets and 5% discount seal tickets will be given. At the entrance of Dalian Sanya Ocean World, it is much cheaper and more valuable to collect tickets directly from the ticketing network window than the original price. Dalian Sanya Ocean World includes five venues: Sanya Ocean World, Sanya Polar World, Sanya Coral World, Sanya Deep Sea Legend and Dinosaur Legend. The most worthwhile venues are Sanya Ocean World and Sanya Polar World; the last three venues are general, Coral World (see Coral World). Coral has no place to shine, deep-sea legends (this venue is small, similar to the Seabed Exploration House) and dinosaur legends (can visit dinosaur fossils and skeletons), but these venues are generally not the focus of the scenic area, but since they have traveled so long to Dalian, they have to play. After entering each venue, walk around in the direction indicated. Among them, the ocean world and the polar world are bigger and most worth playing. Each Museum has a longer tour time, while the other three museums are simpler and can be arranged in a shorter time. The dinosaur hall is not together in Xinghai Square. It costs 10 yuan to go by ferry or by the coast. There are shops in Ocean World and Polar World Pavilions that buy water, food and souvenirs, but the price is higher than outside, so you can bring your own water and snacks into the pavilion. In the ocean world, the focus is on underwater passageways and "Dream Dolphin Bay" performances. Walking along the 118-meter-long submarine passage, it is interesting to watch various marine fish swimming from both sides and overhead. There are many performances in Dream Dolphin Bay every day. Many dolphins participate in the performances. During the performances, they interact with tourists from time to time. The plot is beautiful and rich. After the performances, they can also take close contact with dolphins (which requires a fee). The highlights of the Polar World Pavilion are walrus, seals, beluga whales and Penguin Island in Antarctica. Walrus, the seals play witty and humorous, loved by children, among which walrus can imitate Michael Jackson's dance steps is a big star. Moby whale shows are underwater, romantic and aesthetic. There are hundreds of penguins on Antarctic Penguin Island, including several rare king penguins, which are very large and naive. In addition, there are polar bears, penguins, snow wolves and other polar animals to watch. The most important thing is that you can feed your own fish to the seals (see photo). The baby seals are very smart and fun. It is suggested that you can feed the lovely baby seals for 10 yuan (5% coupon for online purchase). Saint-ya Coral World is a coral-themed exhibition venue with more than 1,000 coral reef biota, which reproduces coral life in the ocean.
_NV***45
_NV***45
5/5
작성일: 2019년 8월 9일
1
5/5
입구에 들어서면 고객센터에 캐리어 짐을 맡겨 놓을수 있습니다..놀이기구시설도 있지만 이용은 해보지 않았으며...수족관은 극지해양관 등 총 3개관으로 구성되어 있습니다. 한군데는 일반 관람 수족관, 한군데는 돌고래쑈도 있고, 다른 한군데는 물개쑈 및 벨루가돌고래와 잠수부와의 쑈도 있습니다. 모두 시간이 정해져 있으니 시간 잘 보고 순서를 정해서 다니세요..
谦谦君子的暴暴喵
谦谦君子的暴暴喵
5/5
작성일: 2016년 11월 4일
37
5/5
I bought a couplet ticket and visited the Five Pavilions. It's off season. I want to go anywhere. Not many people can take a close look at the polar world coral hall and the ocean world separately. The most famous thing about Sanya is probably the seabed passage. It's a great feeling that all kinds of fish will swim over you. It's worth visiting a gift shop. It's not as interesting and enriching as before. I hope there will be more interesting and lovely dolls sold in other ocean park gift shops. I think that children in general may like it better. As for dinosaur world, time is tight, and I don't know about fossils. By the way, it's true that dinosaur world is not in Sanya in Xinghai Square. Need to walk around or take a sightseeing bus past the sightseeing bus 10 yuan a person can return is very convenient and worth visiting.
M43***36
M43***36
5/5
작성일: 2016년 9월 9일
41
5/5
Ocean World, to be honest, is not as big as the polar ocean hall in Hangzhou, but the coral in the coral hall is really beautiful. There are four halls and five halls. We bought five halls but only played four halls. Because there is a dinosaur hall, which is far away, we have to take their car there, 10 yuan each.
더 보기