The Summer Palace is the palace and garden of the Qing Dynasty. Its predecessor, Qingyi Garden, is three mountains and five gardens (three mountains refer to Longevity Mountain, Xiangshan Mountain and Yuquan Mountain). Three gardens, Qingyi Garden, Jingming Garden, and Changchun Garden and Yuanmingyuan Garden, were built on the three hills. The last one was built in 1750. It covers an area of 290 hectares and covers about three quarters of the water surface. Before Qianlong's succession, four large imperial gardens had been built in the western suburbs of Beijing. The four gardens, from Haidian to Xiangshan, had their own systems and lacked organic connections with each other. The "Wengshan Po" in the middle became an open area. In the fifteen years of Qianlong reign, Emperor Qianlong used 4.482 million silver to rebuild Qingyi Garden for the filial piety of his mother and holy queen. With this as the center, the four gardens on both sides were linked together to form a 20-kilometer royal garden area from the present Tsinghua Garden to Xiangshan. 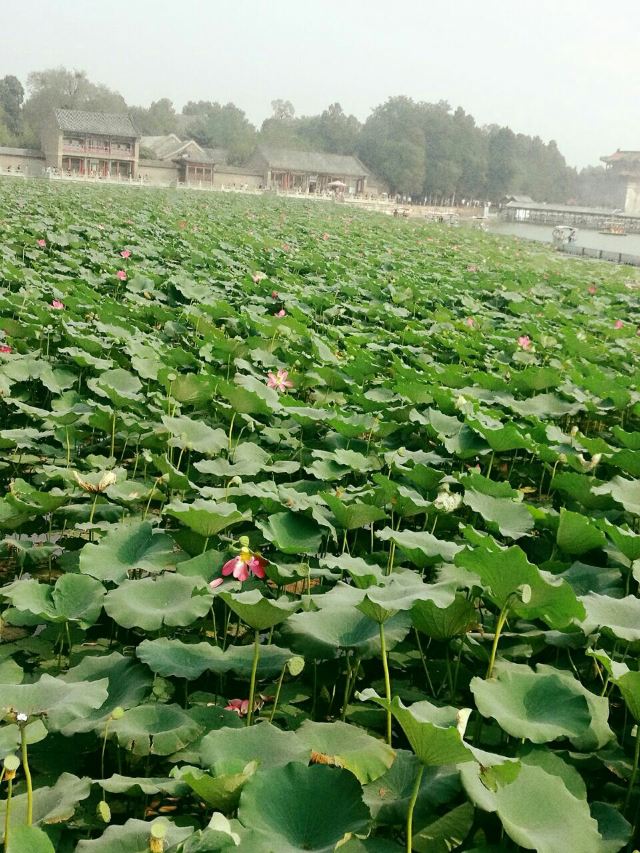 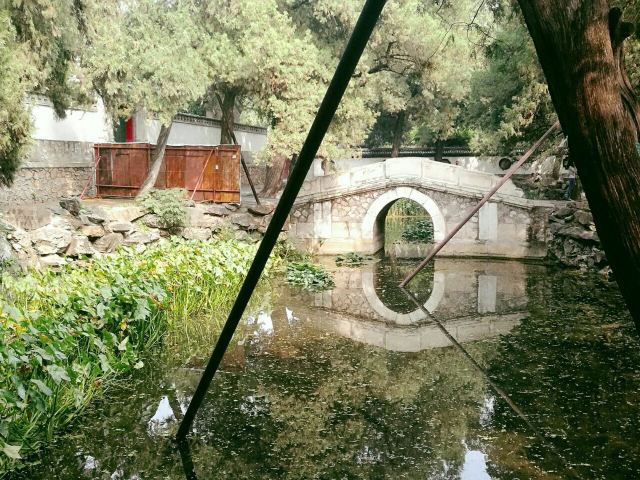 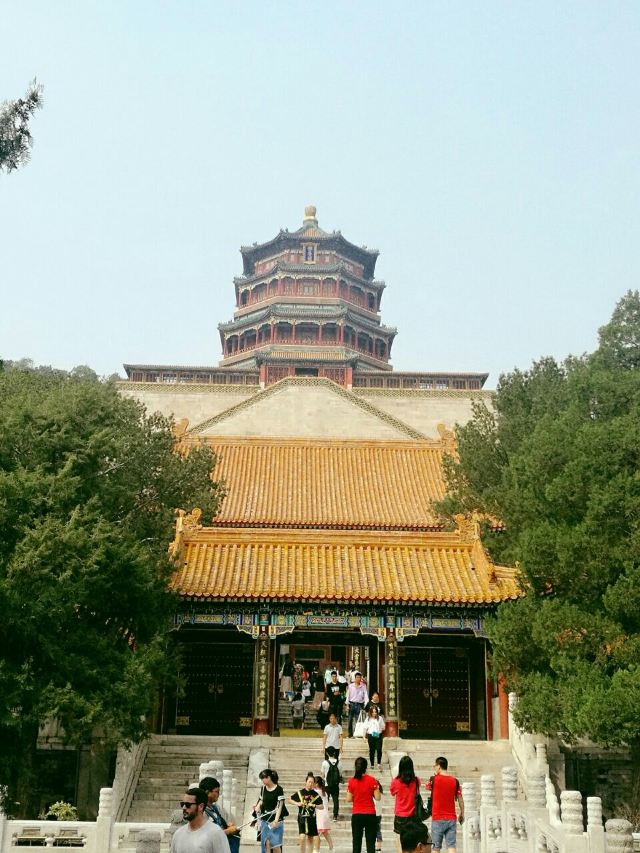 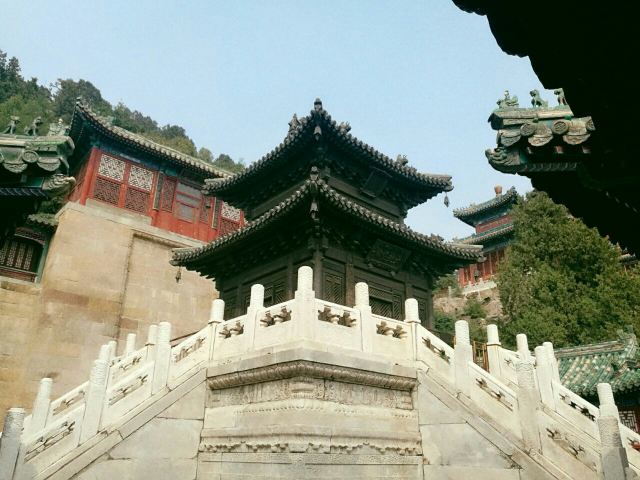 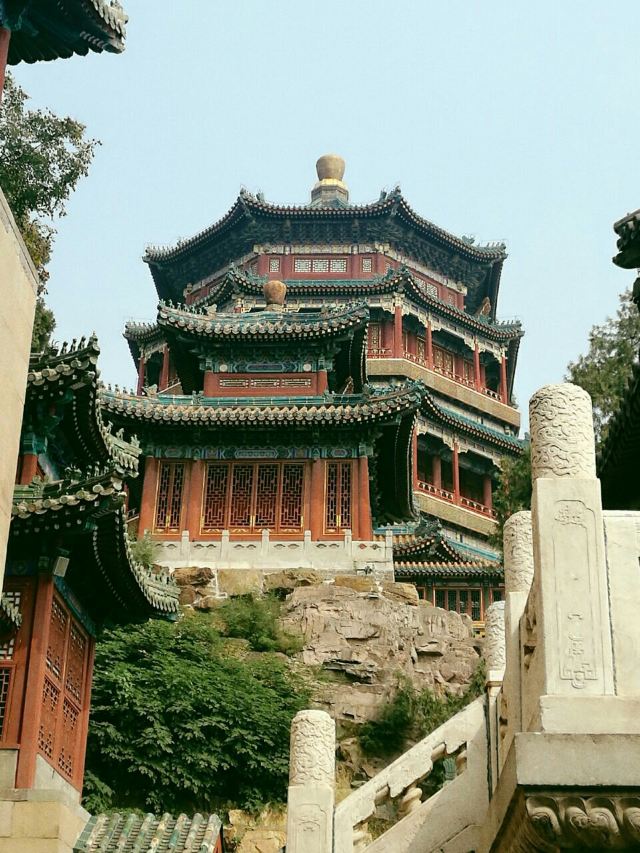 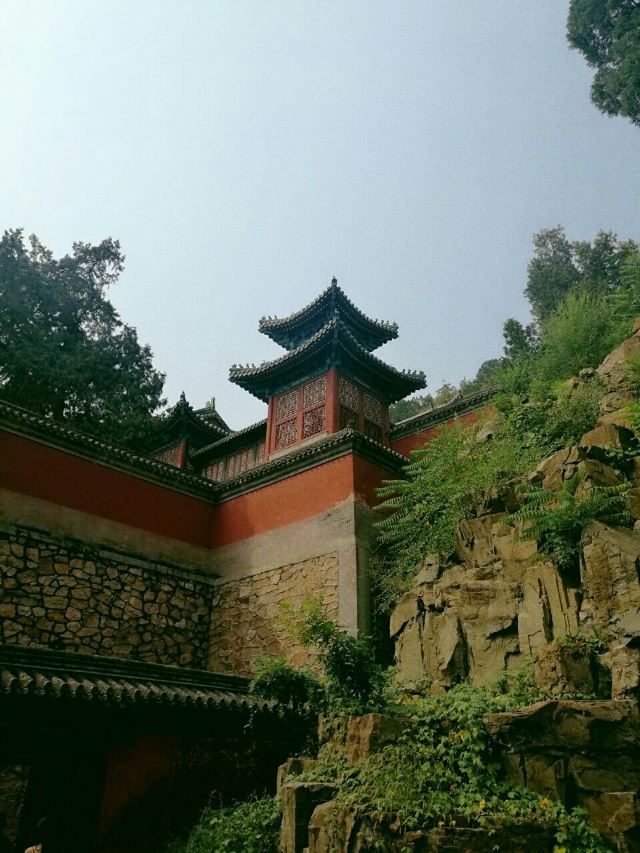 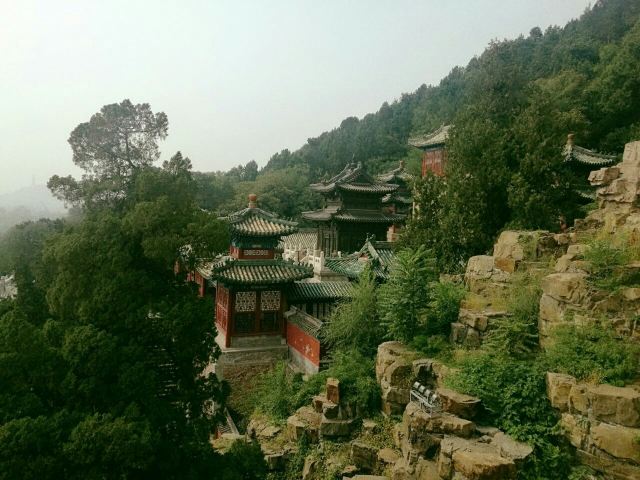 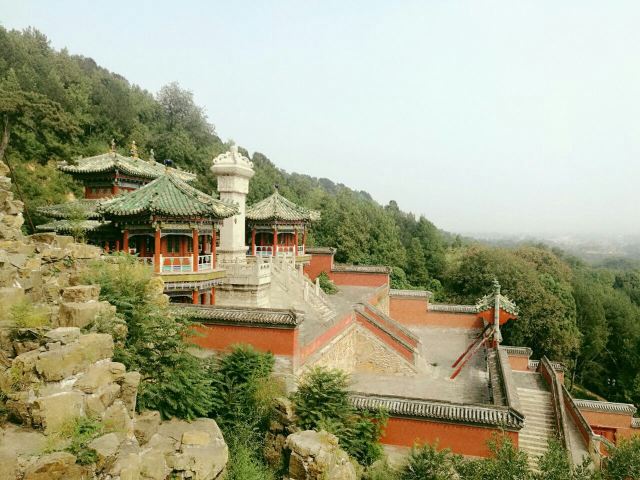 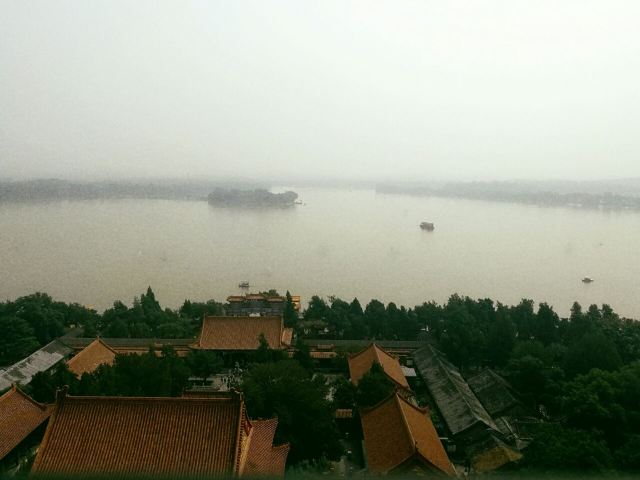 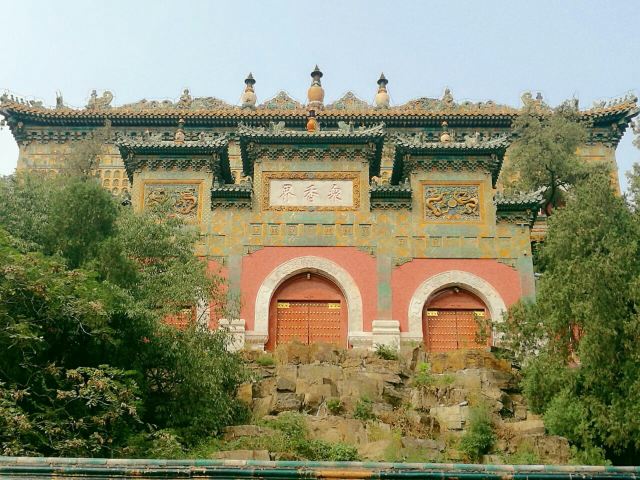 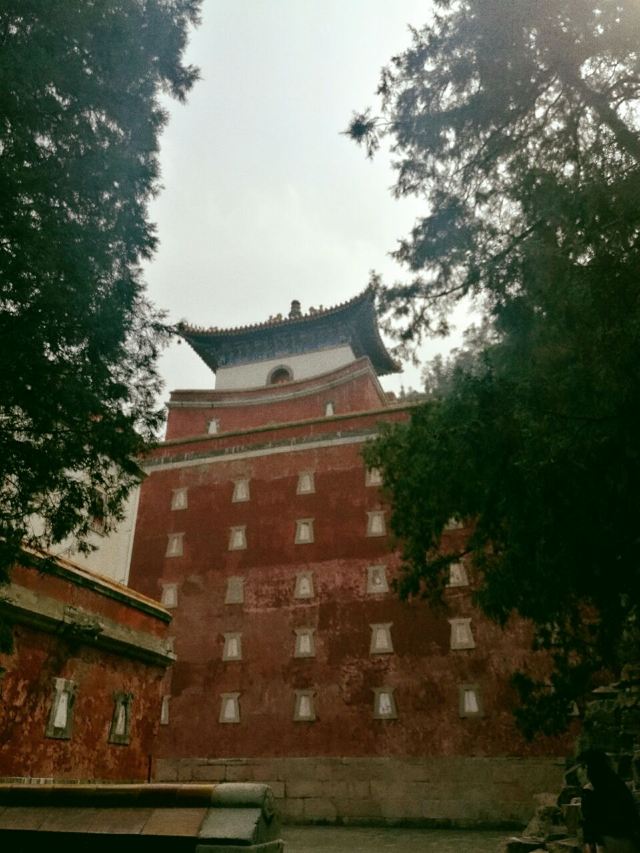 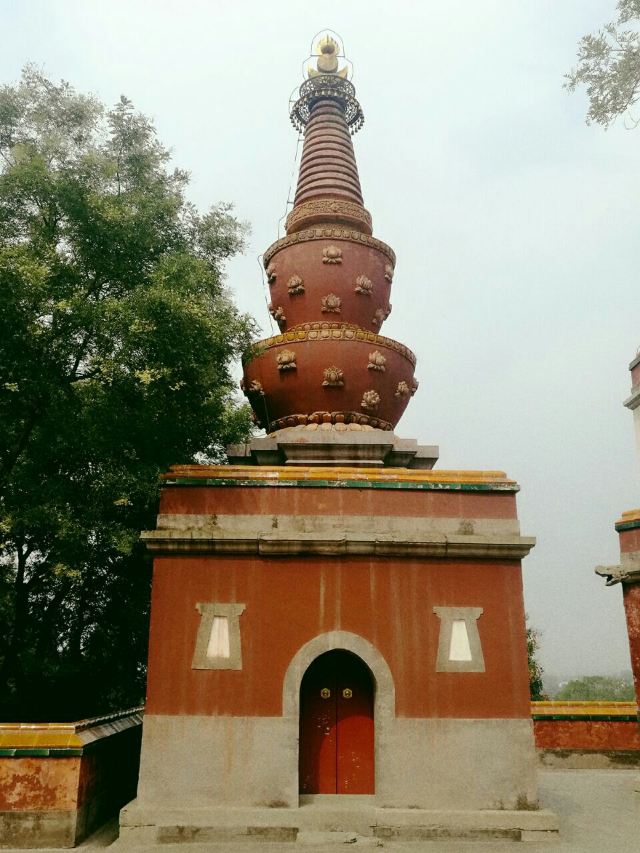 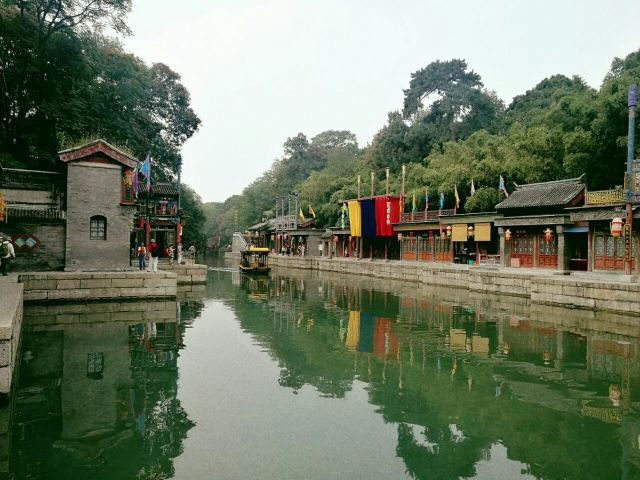 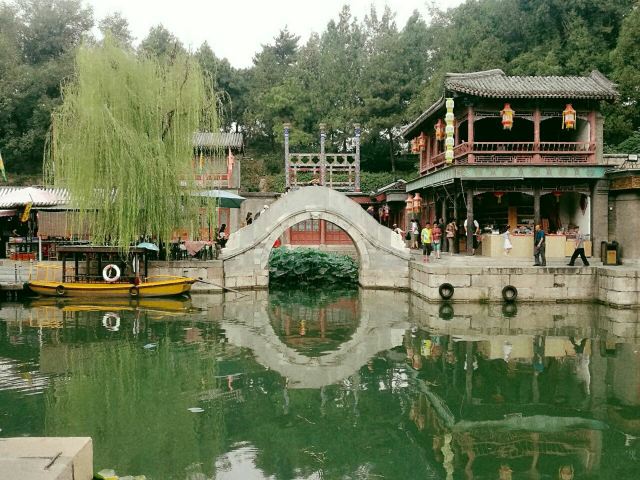 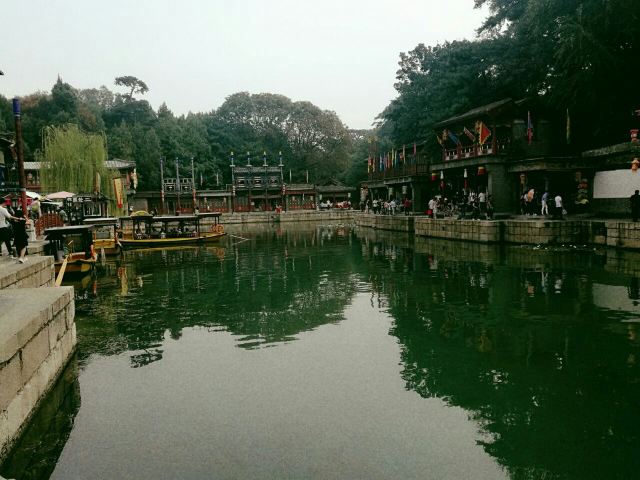 做一只自由自在的飞鸟
做一只自由自在的飞鸟
5/5
작성일: 2018년 7월 26일
91
5/5
The Summer Palace, the imperial garden of the Qing Dynasty in China, formerly known as the Qingyi Garden, is located in the western suburbs of Beijing. The Summer Palace is a landscape garden based on the West Lake of Hangzhou and drawing on the design techniques of gardens in the south of the Yangtze River. It is also the most complete imperial palace and imperial garden preserved. It has the reputation of "Royal Garden Museum". In spring, the weather in Beijing is rare and good on the first day after the cold air passes. The sky is blue, flowers are in full bloom, and the Summer Palace is picturesque and lingering.
古言新语
古言新语
5/5
작성일: 2017년 9월 26일
79
5/5
Travel to the Summer Palace = Take a bus to the North Palace Gate and enjoy the imperial lights on Suzhou Street. Climbing to Longevity Hill, Yihe Garden Wonderland. Yanbo vast Kunming Lake, Hanxu Santang Lake in the Ding. Six Bridges of Xidi have thousands of willows, and mandarin ducks have become two-game yachts, which make people intoxicated with all kinds of purple and red. The division of Xidi Sudi is not clear. Changhong Yanyue 17 holes, the golden bull inscription of the prosperous period of Kangxi and Qianlong. Invite the moon to visit Shizhang Pavilion, kilometer Gallery more vivid, Legendary God painting, ancient landscape painting line. Yun Hui Yuyu looks at wisdom, calms down in Buddha Deng to remove clouds, shines in the sunset from the lake on the hillside, and eulogizes peace in Buddha Fragrance Pavilion.
han2004228
han2004228
5/5
작성일: 2017년 7월 1일
46
5/5
10:00 Let's go to the Summer Palace. Naturally, the subway in Beijing is not new, but the security is very strict, and the security of Shanghai Railway Station has a competing. More than an hour later, we entered the large and beautiful Summer Palace. The Summer Palace is the reconstruction of the Summer Palace in the Qing Dynasty. There are many gates. Needless to say, take a look at these pictures. Suzhou Street with Jiangnan flavor, four major Tibetan-style Buddhist temples, quiet Kunming Lake, elegant corridor and magnificent Buddhist incense pavilion. These are the scenery of the Summer Palace. We are all fascinated by them and envy the royal family of that time to live here in such a place as Hetaoyuan. Unfortunately, the temperature soared to 35 degrees Celsius, in the burning sun, we did not have much energy to continue playing. However, after seeing the Foxiang Pavilion, the whole back hill is over. After we have seen the back hill, we have visited the most important buildings in the Summer Palace. Down the hill, is the famous corridor - more than 700 meters, is the longest corridor in the world. There are allusions to the Dongdi. In fact, the original name here is Xidi. A "Xidi poem" by Qianlong explains why the name of Dongdi was renamed "Xidi today is Dongdi. How can the name ever be confirmed? The lake is a thousand hectares of green and the walls are covered with shadows. New Angelica comes out of the spur business and wild Angelica comes out of the treadmill. Leave the land between the embankment and the wall, divert and plant rice to see the boundaries. After the corridor, we went to Wenchang Pavilion. After passing the gate under it, we went out of the new palace gate and left the Summer Palace.
JooHyun
JooHyun
5/5
작성일: 2019년 11월 15일
0
5/5
“서태후의 별장”이라고 불리는 이화원은 가히 경이로움을 선사하는 베이징의 관광 명소 입니다. 중국의 선조들의 피와 땀으로 만들어진 이화원은 21세기 최첨단 시대에 보아도 놀라울정도의 기술력과 대륙의 규모를 눈으로 실감 할 수 있는 대단한 관광지 중 하나라고 뽑을 수 있습니다. 곳곳이 그려져있는 그림과 아름다운 건축양식은 환상적입니다. 적극 추천합니다.
더 보기