Shanghai people travel to Xi'an with their parents and children. Both parents are fans of Peking Opera. They want to see the Qin Opera in Xi'an, the ancestor of Bai Opera. Although they are reluctant to do so, they still want to satisfy their parents'wishes. Searched the only Shangyou Qin Opera Teahouse in Xi'an that day with Qin Opera performances, and found that netizens rated highly, almost all of them were five-star ratings and strong recommendations, so they booked tickets online, one family of five came here. I have always been worried that the old and desolate Qin Opera of young people is not interested. Only when I came in did I find myself wrong. In addition to my parents, all the young people from all over the country came to the teahouse. It is amazing that some foreign friends came to appreciate Qin Opera. Shangyou Qinqiang Tea House is very easy to find. Behind the famous stele forest in Xi'an, it is only ten minutes'walk from the bell tower in the central city of Xi'an. The tea house is not very big, but it is exquisite. As soon as it enters the stage, beautiful opera tables and chairs, musical instruments and costumes on both sides attract people's eyes. The boss is really enthusiastic in his service. Seeing that we have old people who specially arrange the first row for us, he just sat down and brought us a pot of scented Shaanxi tea and two delicious dishes of melon seeds. With a try attitude, I put forward that parents dare not drink tea, fearing that they can't sleep at night. The boss immediately brought a pot of chrysanthemum tea. The most important thing is that it's free. During the daytime, the main tea houses are of great value, and some of them are moved by the simplicity and honesty of Shaanxi people. At 7:30 p.m., the performance officially began. The landlady invited the only man who inherited the national intangible Qin Opera heritage. She carefully introduced the name and use of each process. She had to say that the opera makeup was really complicated and beautiful. In an instant, a handsome man became a beautiful and lovely little lady. The landlady came to the stage to welcome tourists from all over the country and introduce the history and knowledge of Qin Opera. It was only through this that I learned that Qin Opera was formed in the Qin Dynasty more than 2,000 years ago and was the originator of all kinds of operas in China, such as Beijing Opera. The landlady introduced the story of Wang Baochai's 18 years of hard guarding the cold kiln and the plot of this period performed today. It is very helpful to understand the plot. The national-level inheritor who has just made up his make-up made a stunning appearance on the stage. The performance is that we just went to the colorful section of Wang Baochai in Qujiang cold kiln in Xi'an during the day, which is charming and charming. Next, a national first-class actor, Qin Qiang, swallowed mountains and rivers with colorful faces and rude and heroic singing voice, Xiaodan's sadness and melancholy contrasted sharply with the grandeur of his face. She also appreciated the national intangible cultural heritage of eyebrows, bowl-bowl cavity and vigorous old Yin accent. It was really difficult for the proprietress to invite these precious operas to the audience. I thought it would be very difficult to listen to two of them. When I was young, Qin Opera would be very painful. I didn't expect that it would end soon in shock and emotion. Our six-year-old children could hear it with relish and keep clapping their hands. In just two hours, I suddenly found that I fell in love with Qin Opera's vigor, forcefulness and desolation. Group buying is too lazy to comment on many times. For the first time, I really want to shout for the guardians of this group of national culture. The best and most shocking memories of Xi'an remain here. 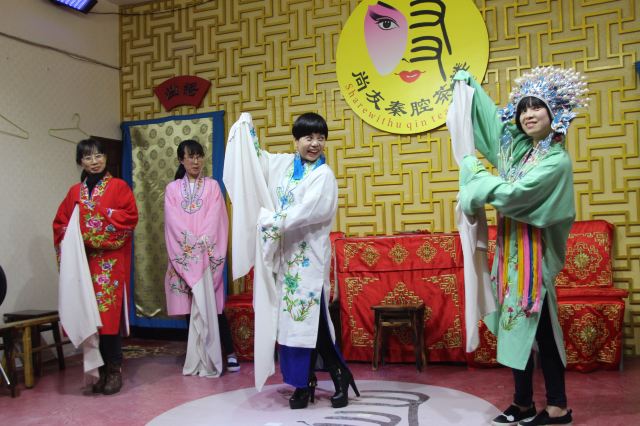 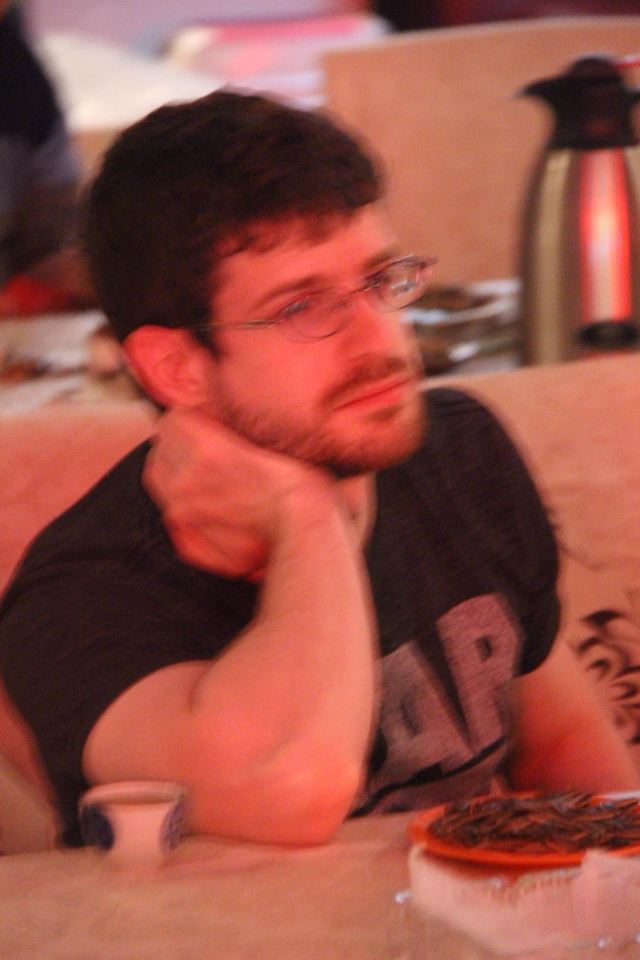 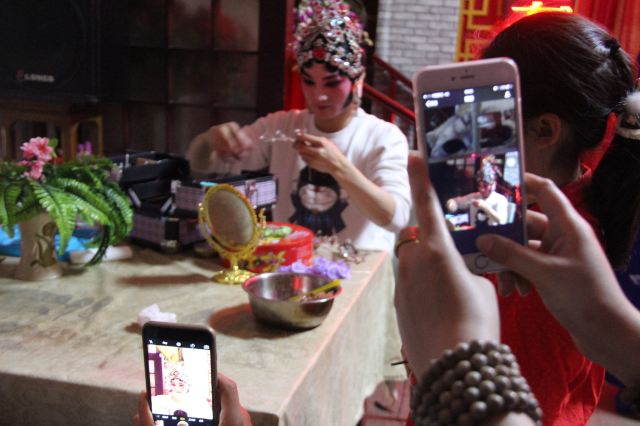 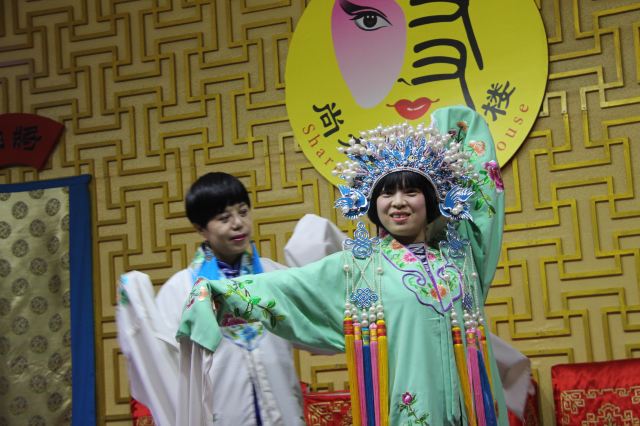 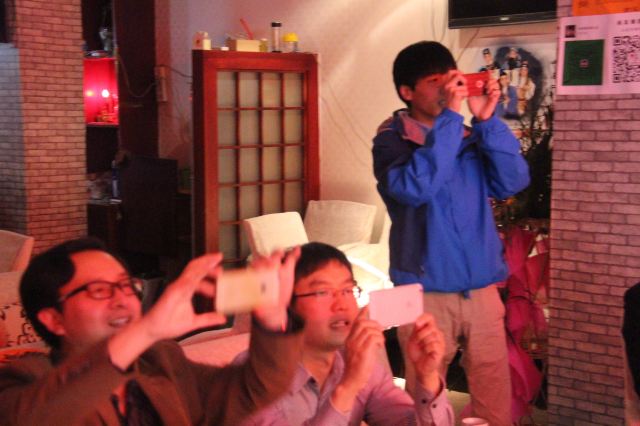 深海69
深海69
5/5
작성일: 2018년 1월 27일
19
5/5
In one and a half hours of the performance of Qin Opera in the late viewing period, classical arias of classical operas such as "Hydraulic Beauty Case" "Save Mother by Splitting Hills" "Fifteen Steps" "Cailou Club and "Biography of White Snake" appeared successively, so we can get a glimpse of the art of Qin Opera. Cao Jia of Qiandan Dynasty was beautiful in appearance, graceful in stature and charming. First Wang Baochai, then Bai Suzhen, acted and behaved like Wei San. Huayin puppet is a stick-head puppet. Mr. Qiao Guli plays a section of "Zhou Ren Huifu. Regret Road" which is very delicate - "eye turning, cap falling, wing, amazing. Shadow play is also a feat, "grocery sales" the anxious groom-to-be, "Zhang Lian sells cloth" stabbing the rogue's bad husband, all make people laugh. Huayin Laoqiang is known as "earth rock and roll", which has a cardiac pulse. People in Yangzhou still have a special feeling when they listen to Qin Opera. During the reign of Qianlong, Qin opera artists made great achievements on the Yangzhou stage, and were well known all over the world. The third Wei Opera artist was the most outstanding. He was overjoyed to see Qin opera art passed down from generation to generation. On the contrary, in today's Yangzhou City, the folk performances of Qing Opera are almost nowhere to be found. Therefore, the Qin Opera artists are more respectful of their perseverance. At the end of the article, rhyme words and sentences are used to express one's feelings slightly. Wei Changsheng is a great florist, but Chuanshan is good at Qin's voice. Back Wa "Rolling Tower" shocked the world, and "Yangzhou Painting Boat" recorded the victory. Shout loudly and whistle loudly, pat wood to beat bench not to let virtuous. Qinchuan Han Zi roars the future, the old Jade Emperor calls open eyes.
猫小闲
猫小闲
5/5
작성일: 2017년 9월 20일
2
5/5
The first time I went to Xi'an, I found all the same scenic spots and snacks for myself. Discovered this teahouse by accident, I felt that it had the characteristics of Shaanxi and decided decisively. Tea shop is small, booking tickets directly into the first floor entrance to sign up, and then the waiter will arrange seats, later arranged in the back table, all blocked by the front. The venue is very small. It's in the living room on the first floor. The whole hall is about 50 square meters. After seating, the waiter served two dishes of different snacks similar to popcorn and a pot of ordinary tea, and ate them in a few mouthfuls. What I don't understand is how much a person listens to a play and how many two people are. It costs ten yuan to add a plate of snacks. There are about nine programs, all of which are first-or second-level actors with rough voices. What I like most is the shadow play, the vivid imitation of action and the witty lines. At the end of the program, eight male audiences were captured to perform on the stage and break the stool. The audiences also sang Bailuyuan on the platform. Finally, several female audiences were caught on stage to wear costumes and teach you to sing and take free group photos. Almost two hours, starting at seven forty-five, it's almost half past nine. Leave a deep image.
博博-妞妞妈妈
博博-妞妞妈妈
5/5
작성일: 2019년 1월 12일
5
5/5
OK. OK. OK. I have to recommend. Running to Ctrip's 4.8 high score, a small inconspicuous door face, plus a very ordinary teahouse, I think "being fooled" (pouting), a little depressed. The audience is not much, but this time because it is the off-season of Xi'an tourism, there are not many people. Banhula opened the prelude, starting with the first Qin opera face "the beautiful case of haixi" and inspired by the spirit, the original small tea house Crouching Tiger, Hidden Dragon, are all state-level artists, one move, one tune, all reveal the dedication and cultivation of the old artists, but also let us first such close contact with the raw melon eggs of local operas, without obstacles into the ancient Qin Dynasty. Voice world. Qin Opera originated from the Western Zhou Dynasty. It is called Qin Opera because of the "Qin State" in ancient Shaanxi and Gansu. It has a history of more than 2000 years. It is one of the earliest local operas in China and is a national intangible cultural heritage. Next is an excerpt from Wang Baochai and Bai Snake Biography of a man in Qin Opera. Lianbu looks forward to her new appearance, which reminds us of Li Yugang, a teacher who is more beautiful than a woman. That kind of charm and beauty emanates from her bones, and finally understands why fans of former operas are crazy "holding horns" and all kinds of fans of today. After singing, Fang knows that this man of Qin Opera was Ma Youxian, the successor of the national intangible cultural Qin Opera project, Xiao Yuling's two great lover and excellent young Qiandan actor, Mr. Cao Jia. He played the famous role of Qin Opera in the "full moon in that year" and played an opponent drama with Sun Li. Let's be right. The puppet show and shadow play "bowl and bowl cavity" are all wonderful. Finally, the finale is Huayin Old Tune, which is in the series Bailuyuan. If the Huayin Old Tune in Gaojiayuan is displayed as intangible cultural heritage because of the old artists'general age, tonight's Huayin Old Tune is upright and magnificent. It fully shows the heroic and unrestrained life of Northwest Chinese people. Applause. Applause again, excitement again excitement, excitement for a long time can not calm down.
M45***07
M45***07
5/5
작성일: 2016년 9월 18일
17
5/5
It's not a big place, but it's very delicate. More importantly, every staff member and performing artist in the venue are very dedicated. They use their lives to inherit this art. Its splendor exceeds our expectations and is quite worth it.
더 보기