Surprised!!!! On July 30, eight of us went to the Red River Valley to drift until 3 p.m. before boarding the boat. The Red River Valley drifts 12.8 kilometers in length, with 23 thrilling torrents lasting two hours. At 11 kilometers plus 300 places, the last torrent, we witnessed the rubber boat overturning behind us, instantly upside down in the torrent. People on board were thrown into the water or were caught under the ship. The lifeguards on the shore jumped into the water for the first time to save people. Because of the three consecutive falls in the torrent, the people were quickly dispersed by the torrent. A young man was rushed to the side of our boat, and everyone reached out to save him, but he had no strength to get on the boat. At this time, the current was still turbulent. He was likely to be hit by a stone wall near the shore. It was very dangerous. We pulled him onto the boat in time. It is known that there are ten people on board. Six of them are from Changchun and the other four are from Jilin. The young man looked at the Taotao River in an uncertain state of panic and saw slippers drifting down the river saying that his daughter-in-law. Our boat soon drifted downstream. We persuaded the young man to stay on board and go to the management office to explain the situation at the end of the boat. Soon after arriving at the terminal point, the rescued man was found to be a handsome young man about 1.9 meters tall after landing. We explained the situation to the relevant personnel on the shore, and broke up with the young man to say goodbye. When we leave, there is no information about the other nine people who fell into the water. I hope they are all ashore and wish them peace! Remind friends who drift away, in the rapids where there is a fall, we must sit firmly and ensure safety!!! 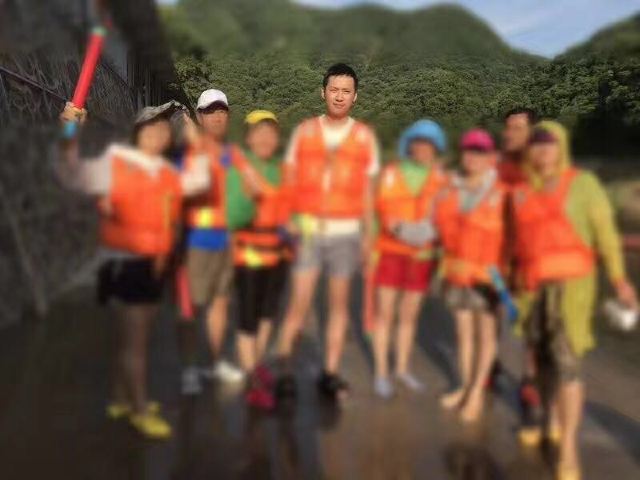