Piazza Navona is one of the most beautiful and vibrant squares in Rome. This lively square full of portrait painters, street performers and souvenir vendors, is located in the historic center of Rome, just 300m from the Pantheon. Surrounding the square there are lots of restaurants, cafes and terraces with Tre Scalini being perhaps the most popular among them. They make the best Tartufo dessert ( rich chocolate ice-cream dessert) in the whole city. For a peaceful stroll around the square and unobstructed photographs of its lavish fountains and buildings, come early in the morning. You will be delighted fo find a nearly empty square bathed in morning sunshine. The square dates back to the 15th century, but it was built over a 1st century Stadium of Domitian - Rome's first venue for athletic competitions. Underneath Piazza Navona several excavations have been made to uncover the original stadium. Excavations are opened daily from 10 am to 7 pm, tickets cost 8.5 euros.Navona Square is famed for its three fountains, the most impressive of which is The Fountain of the Four Rivers with an Egyptian obelisk as its centerpiece. Undoubtedly the heart of the square, the fountain was designed by Bernini. Four masculine figures represent four rivers: Nile, Ganges, Danube and Plate. There are two smaller fountains placed at each end of the square : Fontana del Nettuno at the northern end depicts Neptune fighting with a sea monster; at the southern end of the square we find Fontana del Moro with the Moor holding a dolphin surrounded by Tritons. Palacio Brascia, placed at the southern end of the oval piazza, houses a Museum of Rome with a large collection of artifacts that tell the story of this magnificent city from the Middle Ages to the mid-19th century. One of the highlights of the square is Chiesa di Sant'Agnese in Agone, a beautiful church built by Boromini, standing just opposite the Four Rivers Fountain. Piazza Navona is an ideal place to linger and do some people wat 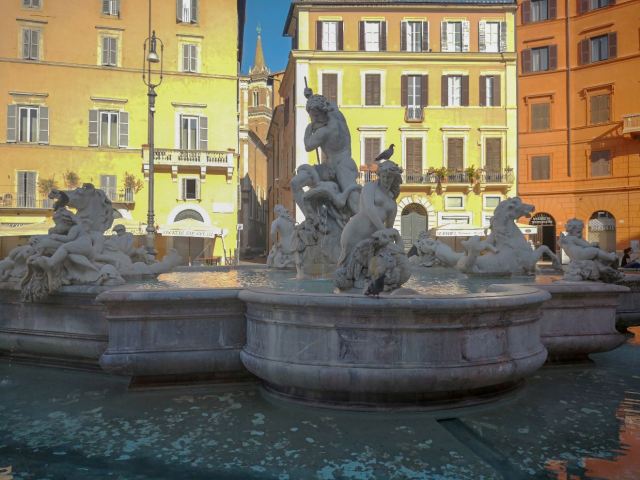 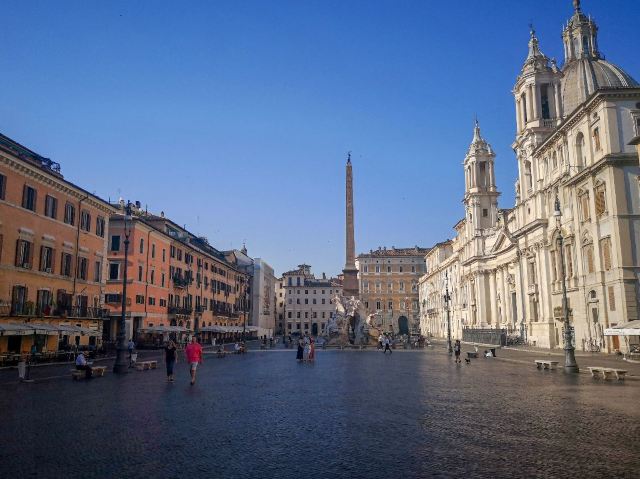 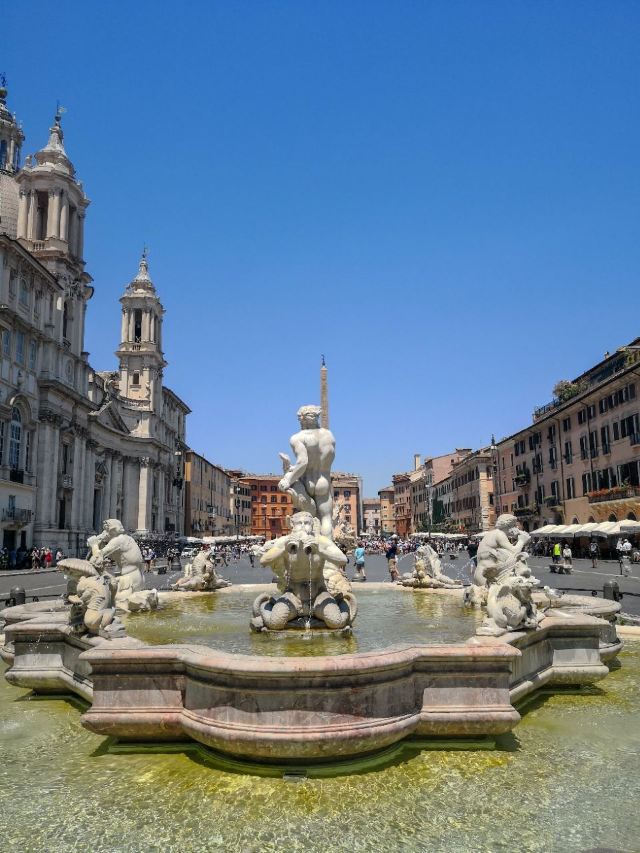