Bakan Hill is a small hill in Angkor's main relic group. It is 67 meters high and 1.5 kilometers northwest of Angkor Wat. It is the only high point nearby. It can ride elephants up the hill. There is a monument of Angkor temple on the hill. It is the first national Temple of the King Yaltubamu I, whose capital was the area near the city of Angkor. It also laid the foundation of Angkor's later architecture. It's five o'clock at the foot of Mount Bacon. We accelerated our climb up the hill and tourists came and went on the dirt road about 2 meters wide. When I got to Mount Bacon, I realized how naive we were. There is a long queue at the entrance. Because the number of people boarding the Bakan Temple is limited, so I want to see the queue before sunset 15 - "00. Although the Bakan Temple on the top of the hill has long been destroyed, it is the center of the first capital built by the Khmer Dynasty in Angkor, known as "the first Angkor". To the west of the mountain is the open West Pool, and to the southeast is Angkor Wat in the jungle. The Thai-Cambodian border can be seen from here to the north. 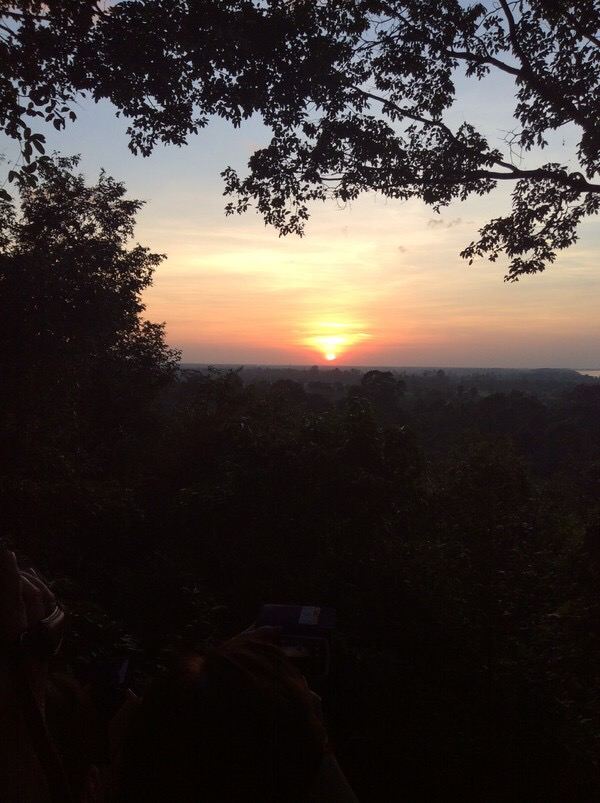 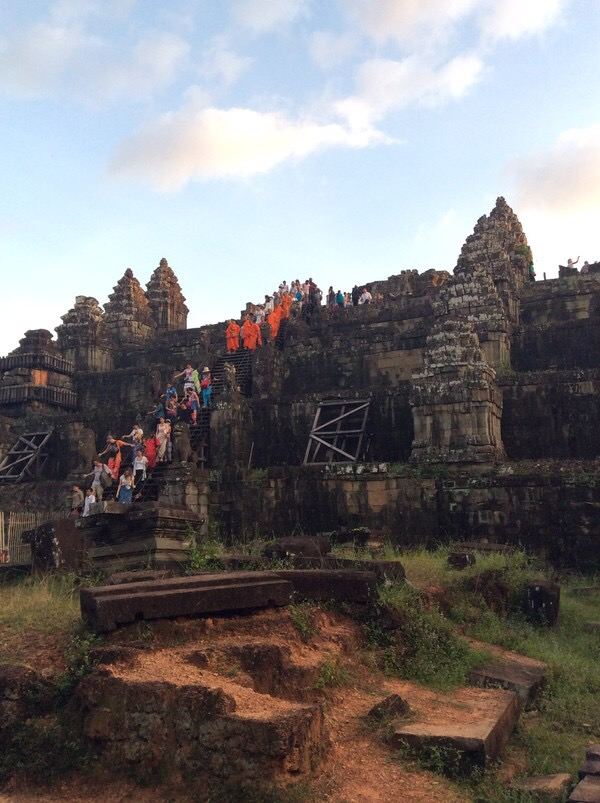 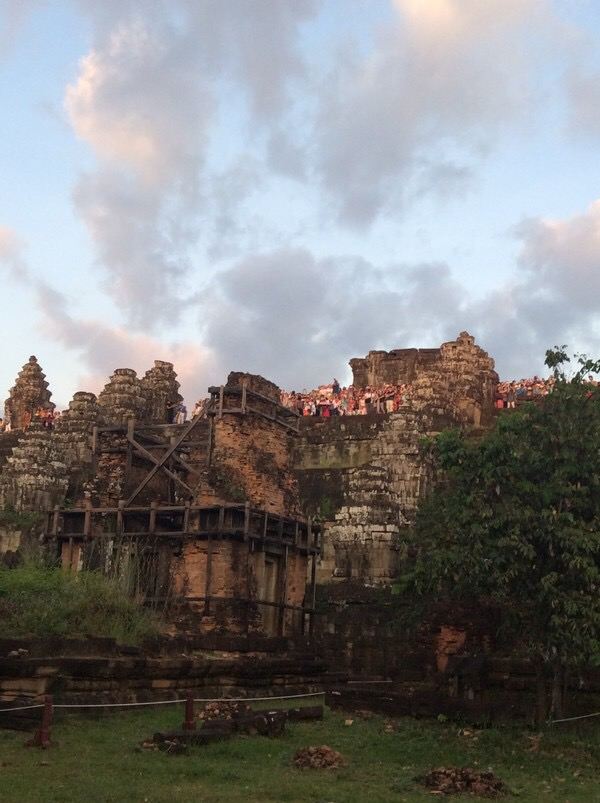 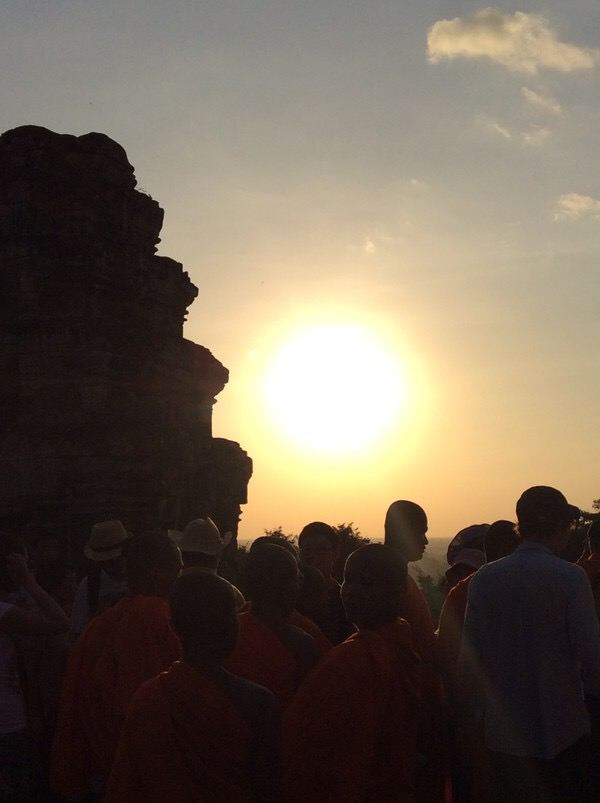 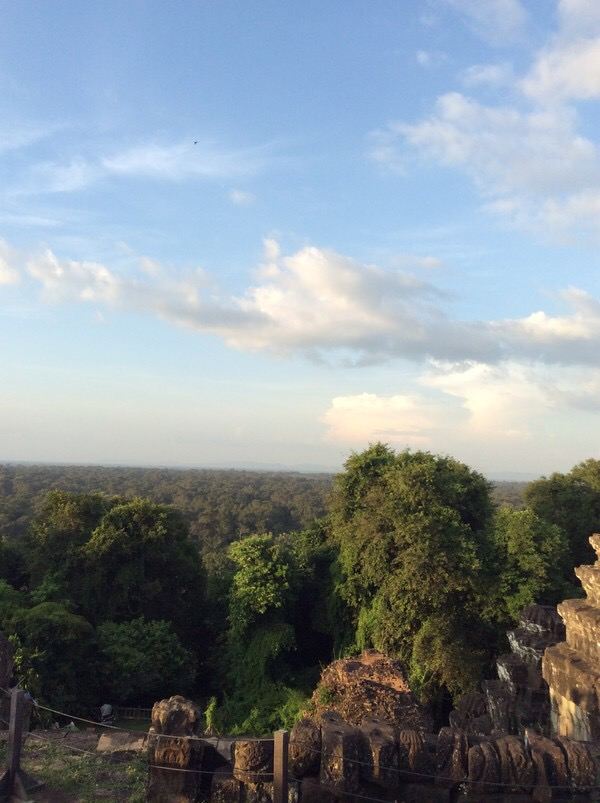 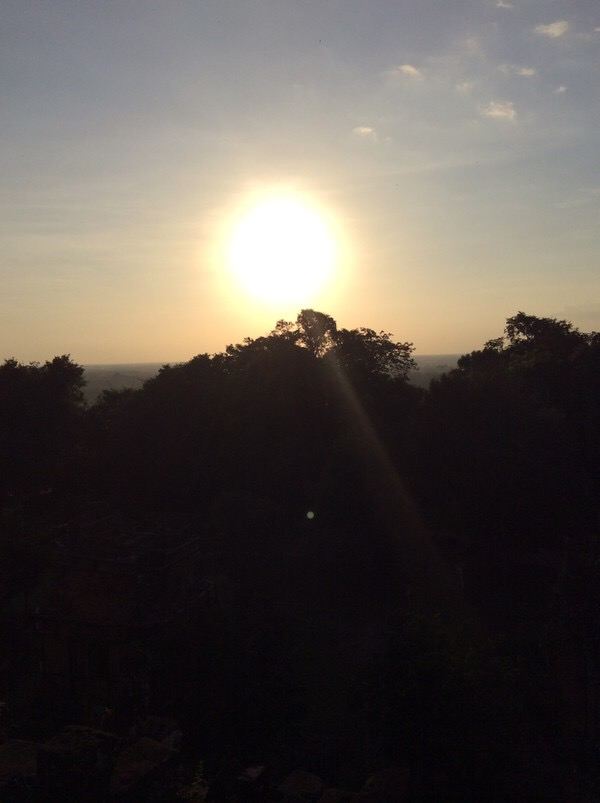 远行的猫咪
远行的猫咪
5/5
작성일: 2017년 11월 18일
4
5/5
Mount Bakan is the most bright spot in our first day of Angkor Wat circle. Cambodia is very hot, and there is a little aesthetic fatigue in the fatigue of the temple after a day's walk. So there is another flavor in visiting the natural scenery of Mount Bakan. Mount Bakan is located in the northwest of Angkor Wat. The mountain is not high. There are temples on it. Only after years of baptism, there are only vague traces left. The sunset is limited in Dengbachan Mountain. We can go up at about 3:30, but we can't use the bathroom. So the waiting is long. The sun goes down slowly around 6:00. The weather we went to was bad. We didn't expect to see it, but lucky, we finally saw it. The mountains are not high, but because they are muddy roads, it is difficult to walk. You can see the whole Angkor Wat area from the top, and the Angkor Temple is far away. The scenery is very beautiful. The sun is hidden in the clouds. Many dark clouds come out slowly and set at 5:30. At that time, the sunshine is shining and the distant ground is slowly darkening. The scenery is unparalleled and worth seeing.
New_York_Gossip
New_York_Gossip
5/5
작성일: 2018년 1월 28일
5
5/5
Mount Bakan is not far from the South Gate of Angkor City. It is about sixty or seventy meters high. There is a Bakan Temple on the hill, which was the first temple built on the hill during the Angkor period. Since Mount Bacon is the highest point near Angkor City and is suitable for climbing high and overlooking, many tourists climb up to enjoy the sunset at dusk. However, it is not easy to climb this not-so-tall mound because there are no steps, only a part of the uneven climbing trail that the local people and tourists should walk out of. Because of the traffic restrictions on the viewing terrace of the Bakan Temple on the mountain, if you want to see the sunset at the top, you must come very early. Like we've queued an hour earlier, but we still can't get to the top. Because those who have gone up near sunset are reluctant to come down, and new people can't go in again.
我要去看世界呀
我要去看世界呀
5/5
작성일: 2018년 2월 14일
3
5/5
Mount Bacon is the most beautiful place to see sunset, but there are also many people to see sunset. In my experience, we must go to the mountain before four o'clock. Here is a limit on the flow of people. Every time we go up the mountain, we must not exceed three hundred people. We can catch up with the first group of people before four o'clock. And most people go up to see the sunrise. Most of them are not so willing to come down, so it's good to go at four o'clock. Barken Hill is actually a small hill, climbing up for about 20 minutes, not enough steep road, you can sit on elephants. You'll get a sign when you get there. If you're late, you'll have to wait.
吉米的随波逐流
吉米的随波逐流
5/5
작성일: 2015년 9월 16일
4
5/5
Mount Bacon is the commanding heights near Angkor Wat, overlooking the five minarets of Angkor Wat. You can also see fields, lush jungles and lakes in the distance. The most attractive thing is the sunset in Mount Bacon, where many of the photographers play and wait for the sunset on the mountain ruins. After all, we have to queue up to 300 people. After the suspension card has been issued, only one person can come down and take back a suspension card before one person can go up. At more than four o'clock a long queue of dragons had formed under the ruins. When the sun goes down and there is nothing to see, a large number of people will go down. When the people below can go up, they are afraid that the beautiful scenery has passed away. The space above the ruins is not too big. If you really want to wait on it for hours to see the sunset's highest point, you can get bored. In addition, when climbing, you need to have beautiful clothes under your knees. You can't use tripods. There's a patrol on it.
더 보기