The magnificent Palais des ducsde Bourgogne Duke of Burgundy complex is located in the centre of Dijon and has long been the political center of Burgundy. The Gothic Duke Palace of the fourteenth to fifteenth centuries was the most primitive part. The Duke's residence, the Royal dining room, the good man Philip Tower and the Bar courtyard were built in the seventeenth to eighteenth centuries. On the West Wing of the Duke's Palace is the City Hall and on the east there is an art gallery. The good man, Philippele Bon, stands high in the middle of the complex and is named after Philip III, the third generation Duke of Burgundy of the widely beloved Valua Dynasty. Philip Tower opens from 9:00 to 12:00 in late November, 13:45 to 17:30 in late November, 13:30 to 15:30 on Wednesday, and 9:00 to 15:30 on Saturdays and Sundays. Adult tickets are 2.3 Euros, children are free. It's 10 minutes'walk from the railway station. 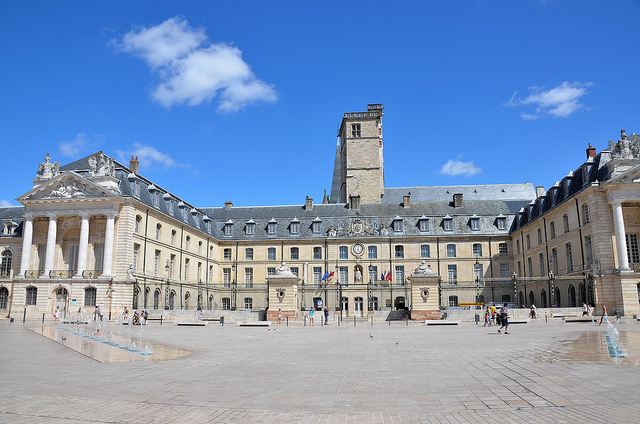 juki235
juki235
5/5
작성일: 2017년 11월 16일
2
5/5
This is the most spectacular scenic spot of Dijon. It is not only the Duke's government, but also the city hall of Dijon. There are many collections in the palace. Even the reproductions have a history of two or three hundred years. They record the brilliance of the Duke of Burgundy. Next to the palace stands the Philipple Pagoda Tower, which is the highest point of Shirong and the landmark building of Dirong.
乖小咪
乖小咪
5/5
작성일: 2018년 12월 18일
1
5/5
This is the landmark building of Dijon. The whole Duke Palace has a very atmospheric appearance and features of the Royal Architecture in medieval Europe. The entrance to the Duke's Palace is a large square, which is also the most popular place for tourists on weekdays, because the whole Duke's Palace is photographed on the square, which is very beautiful and atmospheric.
青梅子306
青梅子306
4/5
작성일: 2018년 8월 19일
0
4/5
After a night in Dijon, the next morning we could walk on the street. The streets were very clean and comfortable. Ancient buildings were everywhere. The Duke of Burgundy Palace was solemn and solemn. The outer walls were repaired, but there was no access inside.
环球旅行步步行
环球旅行步步行
4/5
작성일: 2017년 4월 4일
2
4/5
The Duke of Burgundy and the Palace of Government are the residences of the Dukes of Burgundy. The project was completed only in the 19th century. The western wing of the reformed palace serves as the office of the municipal government, while the eastern wing is an art gallery. Established in 1799, the Eastern Wing Art Museum of the Palace is one of the largest museums in France, with a large collection of art treasures. The gallery is open from 10:00 to 18:00, Tuesday and holidays. Sunday is free.
더 보기