The third stop for tourism in Hanoi is Duzhu Temple. In the small park surrounded by the jungle on the roadside, a small square wooden temple with corridors on all sides is uniquely constructed on a big stone pillar in a square pool, which is named Lingmao Pool and is surrounded by brick railings. Duzhu Temple is one of the unique monuments in Vietnam. It was built in the Li Dynasty in 1049. Legend has it that Taizong Li dreamed of Guanyin Bodhisattva holding a baby in his hand and standing on the lotus platform in the pool. As a result, Taizong really got his son and then ordered him to imitate Shuilinhua to build a temple. The ancient temple we see in front of us is indeed like lotus flower. The stone pillars are 1.25 meters in diameter and 4 meters in height on the ground. It symbolizes pedicels. The four wooden supports around the stone pillars are like flower bodies, the temple bodies and the roofs with slightly warped sides, forming petals. Around the front, there are stone steps leading directly to the temple. The plaque hangs under the eaves of the temple. The Title "Lotus Platform" is above. Tour guide A Shan said that Duzhu Temple was built in 1049 and was destroyed when France withdrew its troops in 1954. At that time, only stone pillars remained. In 1955, it was rebuilt on its original site as before. After several renovations, Duzhu Temple is smaller than the original one, but its artistic style and elegance are still the same. 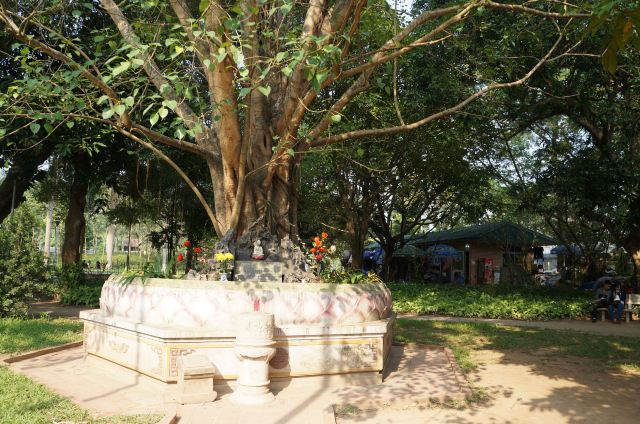 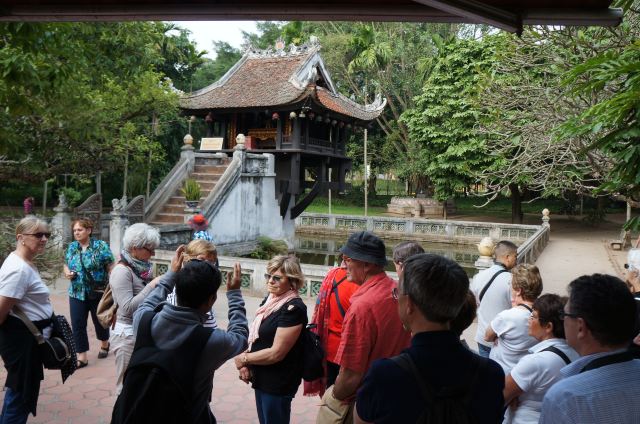 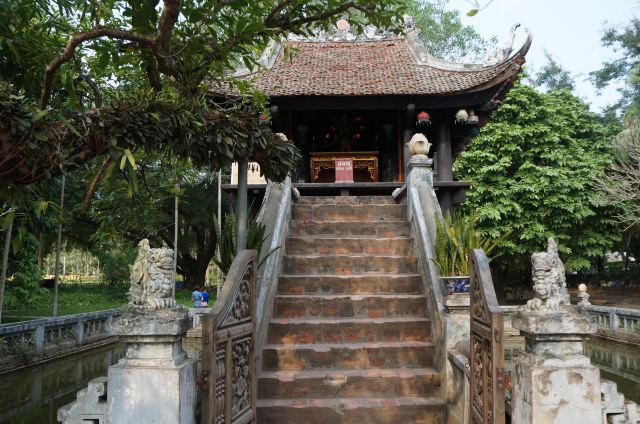