Built on Yushan Island in Huanjianhu Lake, Qixu Bridge connects with the outside of the lake. According to records, the Zheng Dynasty of Vietnam built Ruiqing Palace and Zuo Wangting Pavilion on Yushan Island, which was destroyed in the war. Later, Taoism was built on Yushan Island. In 1872, Taoism was rebuilt and its scale was further expanded. Qixu Bridge is a wooden arch bridge with east-west direction. After crossing the bridge, a town pavilion was built in front of the Yushan Temple, which means Wenlan pillar and Zhenbotao. The way to enter the temple is built with a wall, which implies --- quot; forgetting the world --- quot;. There is a pen tower on a small slope, and a large inkstone platform is built relatively not far away. One day every year, when the sun rises, the sharp shadow of the pen tower enters the inkstone platform. There are many inscriptions and couplets in Yushan Temple. The structure of the temple is exquisite, small and exquisite, which is like the scenery of Penglai. Yushan Island was the Diaoyutai of the Emperor of the Li Dynasty in the 15th century. In the 18th century, the temple of Guandi was built on the island, and later expanded to the Jade Mountain Temple. Now it is also dedicated to Guandi and the national heroes. 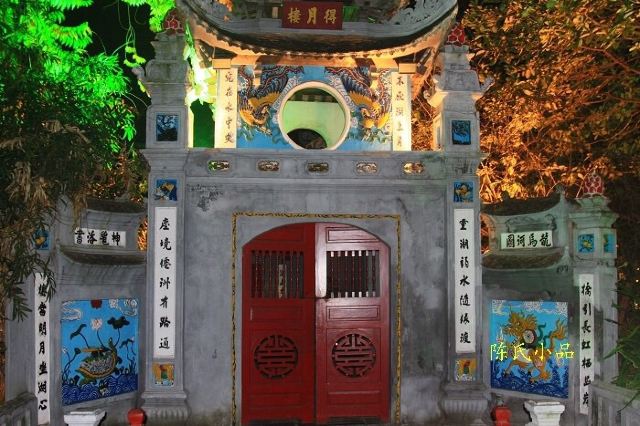 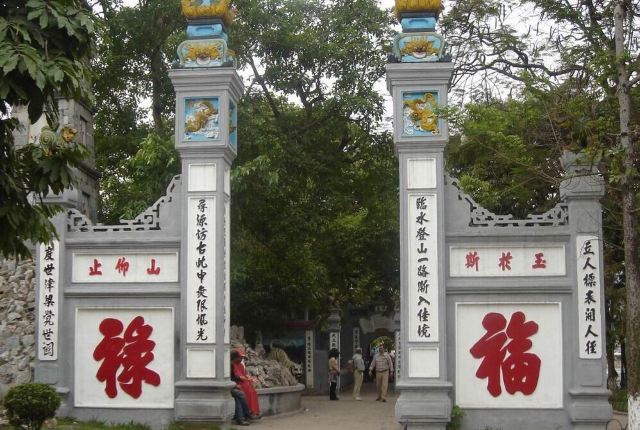 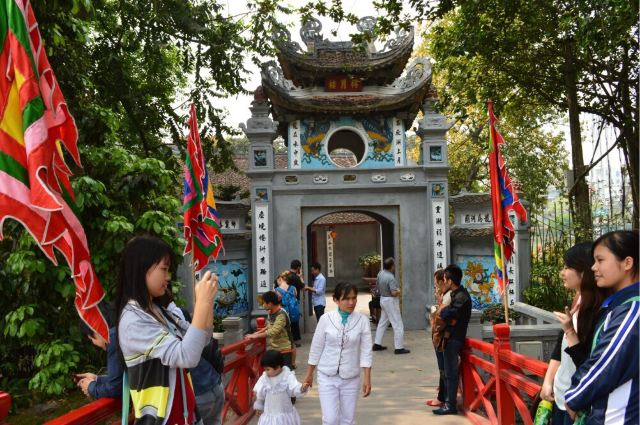 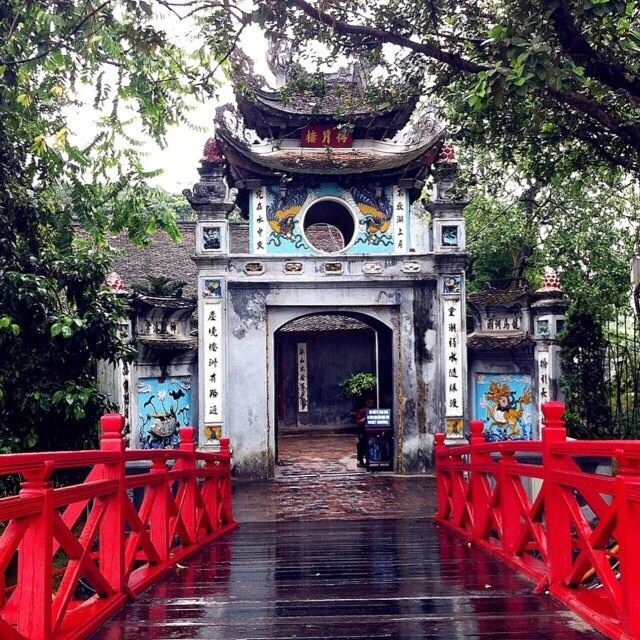 coverer
coverer
5/5
작성일: 2017년 12월 13일
3
5/5
Yushan Temple is located on the small Yushan Island beside Huanjian Lake. The island is round and looks like jade, so it is called Yushan Island. The Temple is named for the island. The Yushan Island is connected to the lakeshore by a 40-meter-long Taigu Bridge. This temple was built in the late eighteenth century of the Li Dynasty. It is an ancient Chinese architecture. It is dedicated to Emperor Guan, Emperor Lu Zu, Emperor Chen Xingdao and Emperor Wenchang. Except for Chen Xingdao, the other Taoist gods were widely spread in China during the Ming and Qing Dynasties. Chen Xingdao is a famous general and national hero of the Chen Dynasty in Vietnam. He is also a god worshipped by Vietnamese witches. His original name is Chen Guojun. He has read many books since childhood. He is also skilled in military science and astronomy. He collects various military techniques and studies eight diagrams and nine palace maps. In the thirteenth century, he led the army to defeat the army of the Yuan Dynasty, so he was named King of Xingdao and regarded as a national hero. In Vietnamese people's minds, he is a powerful symbol to dispel evil spirits, and can cure women's infertility and dystocia. Yushan Island was originally the Diaoyutai of Taizu Li, and later the Guandi Temple was built. During the Ruan Dynasty, it was restored by Ruixi community believers. In the nineteenth century, Wenchang Hall was built by the imperial examination and the first literary organization Xiangshan Society. The island is covered with green trees and shades. There is a pen tower next to it, which is five-storey. The ancestral hall has three gates, halls, galleries and so on.
周游列国
周游列国
5/5
작성일: 2018년 10월 3일
1
5/5
There is a famous temple, Yushan Temple, on Huanjianhu Lake in Hanoi, the capital of Vietnam. The temple has a history of more than 700 years. The temples are written in Chinese characters from plaques to couplets. Chinese characters can be used to enter all aspects of Vietnamese life more than a thousand years ago.
周游列国
周游列国
5/5
작성일: 2017년 6월 2일
2
5/5
Yushan Temple is located in the middle of Huanjianhu Lake in Hanoi. It has a history of thousands of years. Whether couplets or plaques are written in Chinese, we can see the profound influence of Chinese culture in the past thousand years.
2880000016
2880000016
5/5
작성일: 2016년 6월 14일
3
5/5
To visit Yushan Temple, you have to pass a small Qixu Bridge. It seems that you have to charge thousands of Duns for admission tickets. It's very cheap. This temple is not big. On a small Yushan island on Huanjianhu Lake, the buildings are antique and there are some small temples in China where you can see very familiar Chinese characters and totems.
더 보기