The Macau Museum is situated on the big fortress adjacent to the east end of the Dasanba Archway. If you stand on the top of the fortress hill, the museum's appearance is only the third floor, and the second floor is built under the fortress platform, so the entrance opens on the mountainside of the fortress. At the entrance, there is a ticket counter which pays cash to buy tickets and enters the museum from the right side. On the left side of the counter, there is an elevator up to the top of the balcony hill and a souvenir shop. The theme of the first floor of the museum is early Macau and all the exhibits are precious cultural relics: witnesses of trade and commerce between China and Portugal before modern times, such as some Ming and Qing ceramics, religious teaching aids after Portuguese settlement, such as the classic bell of St. Paul's Cathedral, and a St. Lawrence cannon, which was a tribute from Portugal to the Qing court in Kangxi. The theme of the second floor of the museum is Macao folk art residential features and folk celebrations, such as street hawking, incense-making workshop, firecracker workshop, puppet opera, Cantonese opera and so on. A small compartment on one side shows the market life of modern Macau people. For example, the theme of cricket fighting shows old pictures of cricket cans and cricket competitions, such as the big red sedan chair, bride's Phoenix crown, dragon and Phoenix happy bed, as well as the kitchen culture and living room layout exhibition of native Portuguese. It is worth mentioning that there are several colourful fake houses between the first floor and the second floor. These distinctive buildings can be regarded as the epitome of modern Macao Street View Culture. On the third floor, the space used for holding special exhibitions is usually not open. 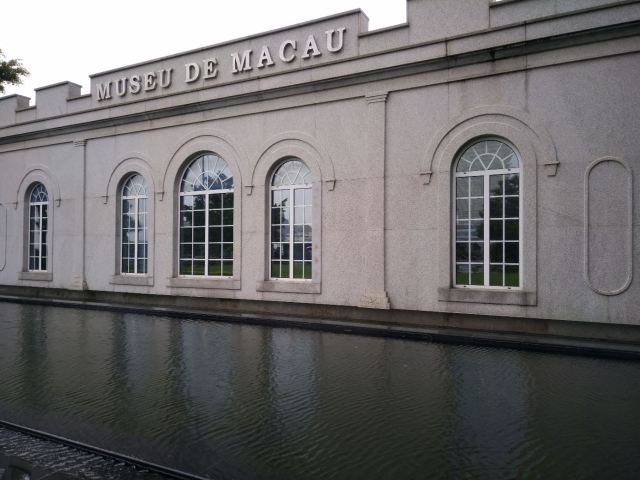 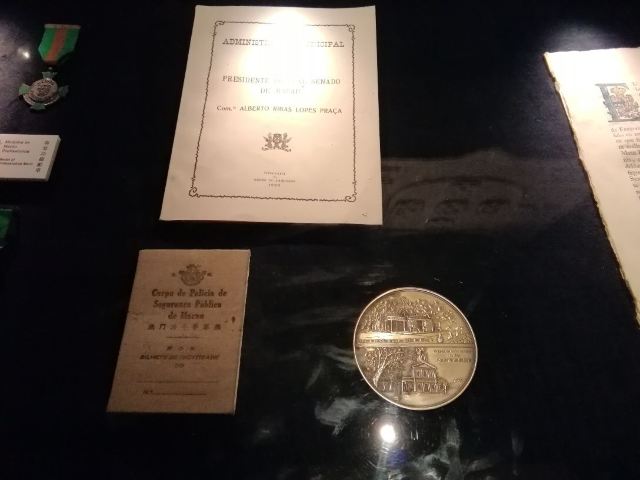 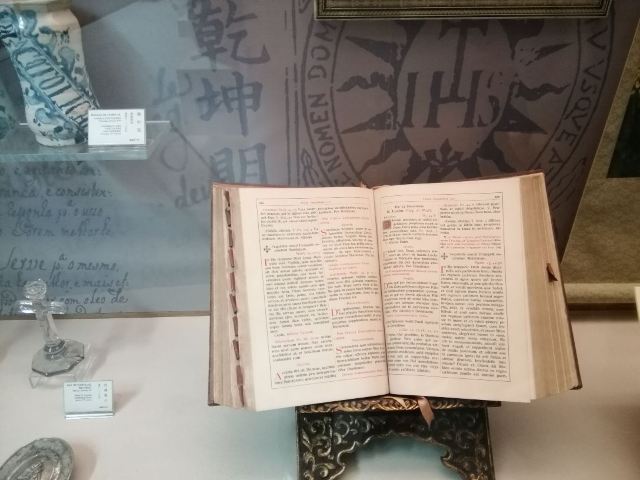 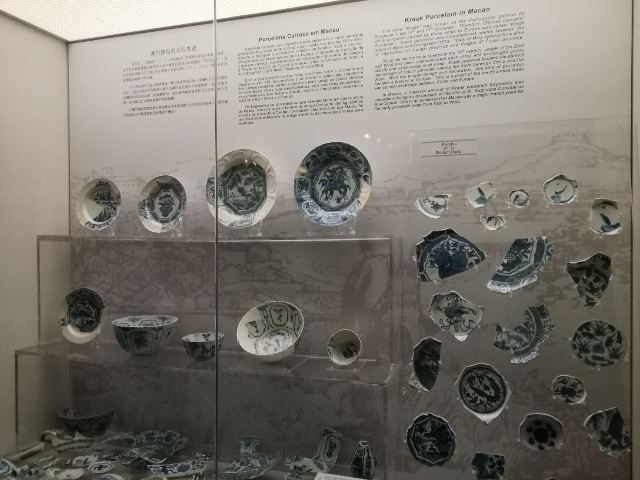 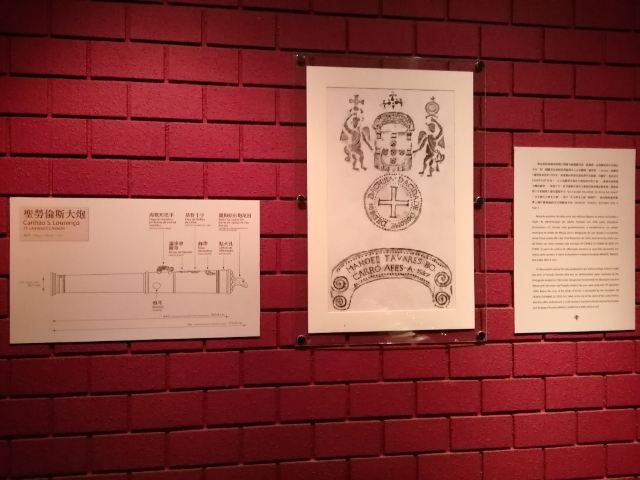 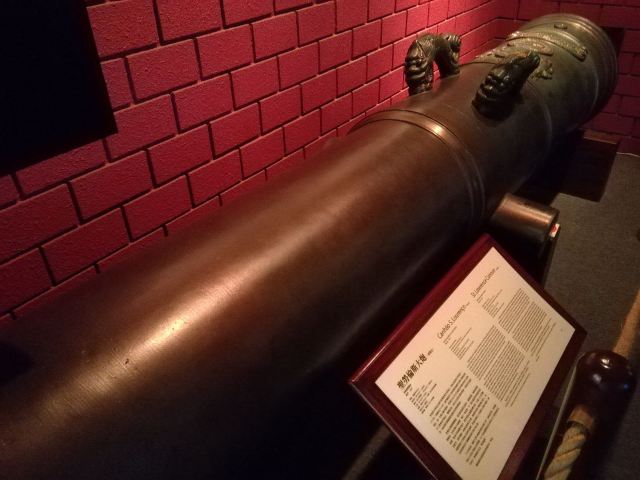 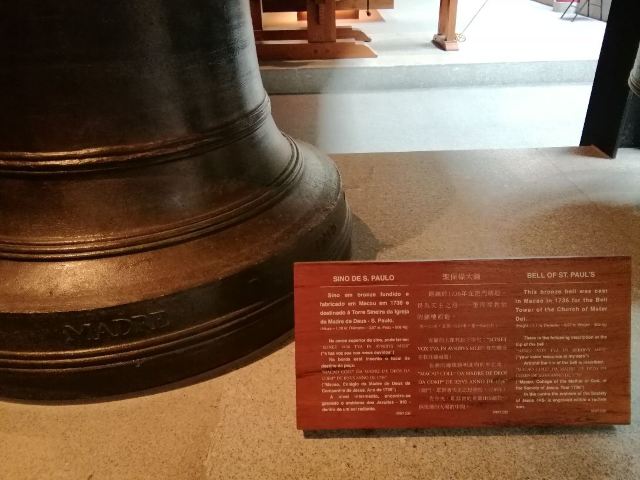 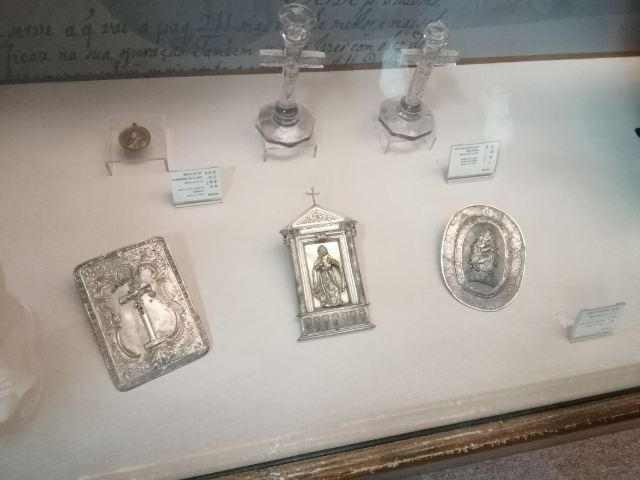 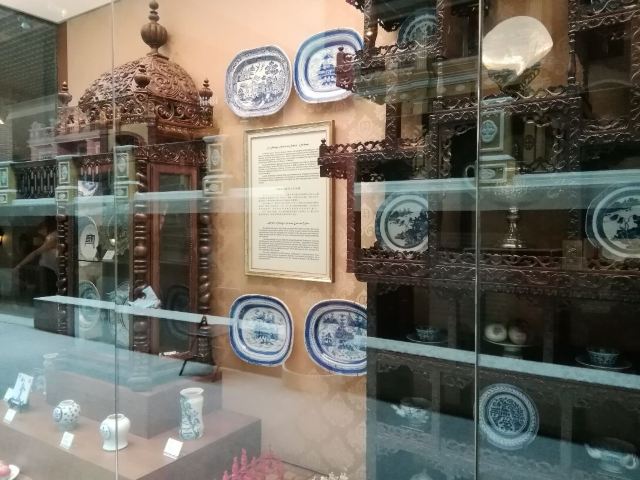 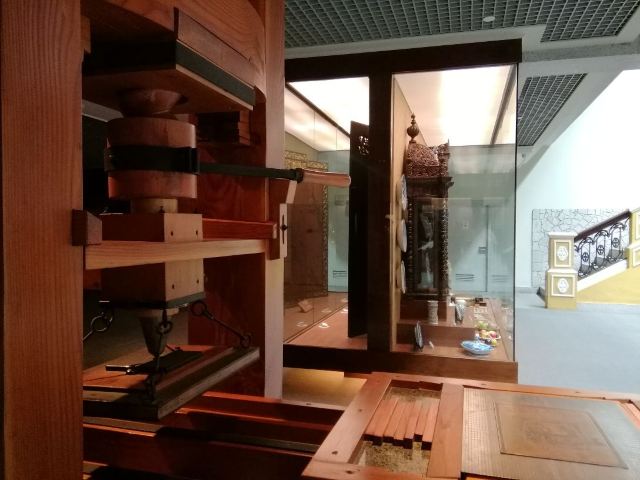 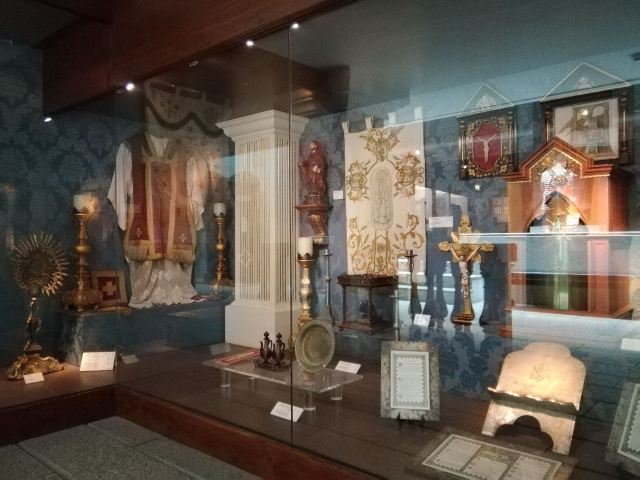 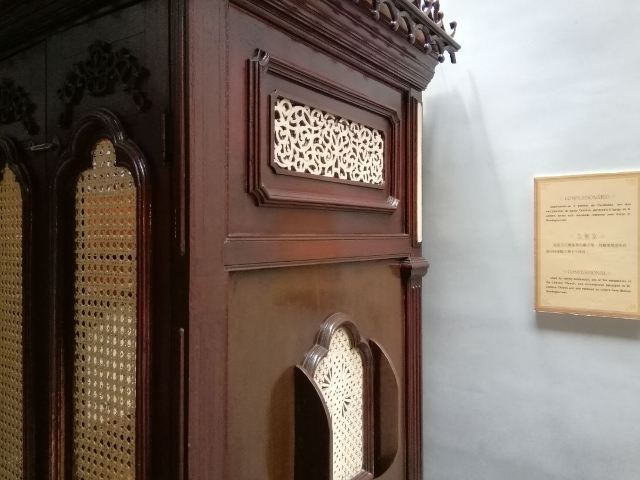 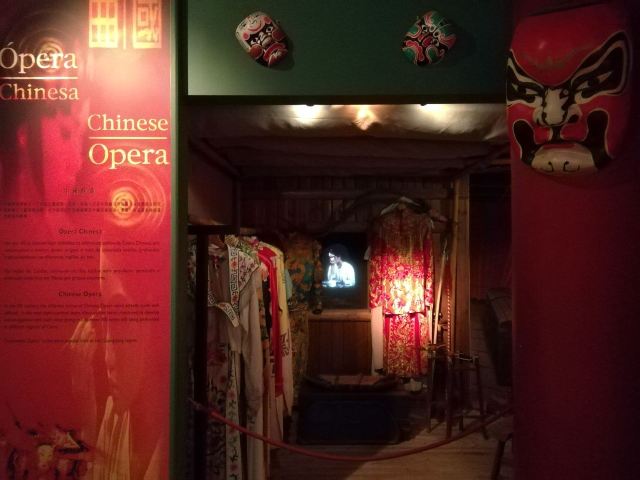 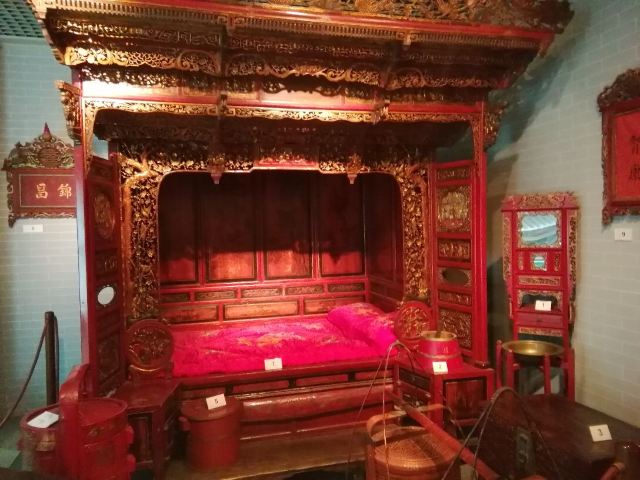 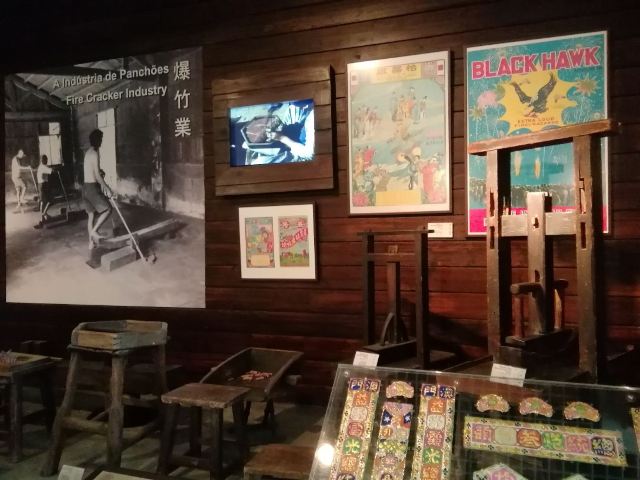 菜姑娘
菜姑娘
5/5
작성일: 2017년 7월 1일
24
5/5
The Macao Museum is situated on the persimmon hill near the Dasanba archway. It can visit the artillery fortress together. After visiting Dasanba, go directly to the Macau Museum, so that you can take the elevator to the big gun stand instead of climbing the hill. Of course, the so-called hill is really not high, climbing up is absolutely no problem, it is too hot, clothes are all wet. There are a lot of visitors passing through the Macao Museum, but they are basically to take the elevator, such as the big gun platform, so few people really visit the Museum. In fact, the museum is really worth visiting, and the ticket price is not expensive, 15 Macau dollars per person. The museum shows the history and social changes of Macao. It records the process of the convergence and harmonious coexistence of eastern and Western cultures in Macao and the formation of a unique folk culture by enriching exhibits. The exhibition hall is reasonably distributed on three floors. Because there are few visitors, I will see five people when I go. They are really comfortable. They can enjoy it quietly and slowly. No one is crowded and noisy. The ticket price is really worth it. The museum building is three stories high, two of which are built under the platform of the big batteries. Only the top floor is reconstructed from the ground building of the original weather station, thus retaining the original architectural style and geomorphological characteristics of the big batteries to the greatest extent. After visiting the museum, there comes out a big fort, which can overlook the theme of the first floor of Macau City View Museum is the primitive civilization of Macau area, and the second floor is Macau folk art and tradition, so that visitors can understand Macau's tradition, folk art and industries or activities which are now fading or even disappearing. The third floor is the characteristics of contemporary Macau, showing the characteristics of contemporary Macau's urban life and the unknown. Looking ahead.
徐团
徐团
5/5
작성일: 2018년 1월 29일
11
5/5
On the right of the bus is the Macau Museum. It's a short walk from the bus. The evaluation of the museum on the Internet is good. We went to visit it specially. The Macau Museum, which showcases Macau's history and multiculturalism, opened in 1998. It tells about the historical changes of Macau through various exhibits. The first floor of the museum shows Macao's early history; the second floor shows Macao's folk arts and traditions; and the third floor shows contemporary Macao. The Museum regularly has free lectures, and we don't have time to go. Some exhibits in the museum have buttons in front of them, which can move or sound when pressed; some exhibits have telephone in front of them, pick up the phone and press the selected language, and then have the voice of explanation. The exhibition hall is also humanized with seats, so you can sit down and rest when you are tired. The small projection hall on the third floor shows short films about Macao. Museum tickets are 15 Australian dollars, children, the elderly and students are discounted.
远行-遇见你
远行-遇见你
5/5
작성일: 2017년 7월 26일
2
5/5
Macau Museum Free Opening Day. First go to the Macau Museum. It seems that the Macau Museum has two or three floors. I also forgot. Because after you visited the Museum, you came out of the exit, which is the cannon platform. So you made a special effort to go to the Museum on the 15th day. When you came in, you saw the director of the "Free Visit Today" sign had a piece of knowledge. Clark Porcelain was the time when Europeans put Portugal in. The sailing boat is called Clark. The Chinese porcelain transported by sailing boat is called Clark Porcelain Museum. It has three floors up and down. Besides some physical exhibitions, it also has a miniature physical landscape.
海底的柚子
海底的柚子
5/5
작성일: 2017년 8월 24일
4
5/5
Macau Museum of History and Grand Battery. They are all there. Near Dasanba archway in Macau. The scenery on the Macau Museum of History is very good. When we go to the Museum of History in the morning, there are a lot of people doing morning exercises. The scenery is very good. Standing here in the morning, facing the gentle breeze, I feel very comfortable. You can also see the Entertainment City of Portugal.
더 보기