Take the EMU to Quanzhou, turn right and enter the bus station. Take No. 202 to the Stadium of Overseas Chinese Township. Transfer No. 19 to the South Terminal Bridge. Go straight along the road to Qiaonan Village. Walk through the village to the South Bank of Luoyang Bridge. Luoyang Bridge is an open scenic spot, free of charge. Luoyang Bridge was built at the entrance of Luoyang River, originally known as Wan'an Bridge. It was built in the Northern Song Dynasty and was presided over by Caixiang, Taishou, Quanzhou, in the Northern Song Dynasty. From five years of Huangyou (A.D. 1053) to four years of Jiayou (A.D. 1059), it took seven years to complete and consumed 14 million yuan of silver. Luoyang Bridge is the earliest existing bridge across the sea in China. It is also known as the Lugou Bridge in Beijing, the Zhaozhou Bridge in Hebei Province and the Guangji Bridge in Foshan, Guangdong Province as the four famous bridges in ancient China. Luoyang Bridge uses the biotechnology of "seed oyster foundation" to stabilize the bridge foundation. The oyster planted forms a perfect combination with the pier foundation. The protective layer formed by the oyster ensures the permanence of the bridge foundation. It boasts that even if all the bridges in the world collapse, Luoyang Bridge will not collapse. The image of oyster foundations is only real when the water recedes. Caixiang Temple exhibits corresponding pictures for appreciation. There are 46 stone piers in Luoyang Bridge. There are five (or six) stone pavement with a length of about 8.9 meters between the piers. Luoyang Bridge in the rain is magnificent and quiet. Return to Qiaonan Village and visit Caixiang Temple. There are photographic exhibitions of Luoyang Bridge and many ancient bridges in the ancestral temple. 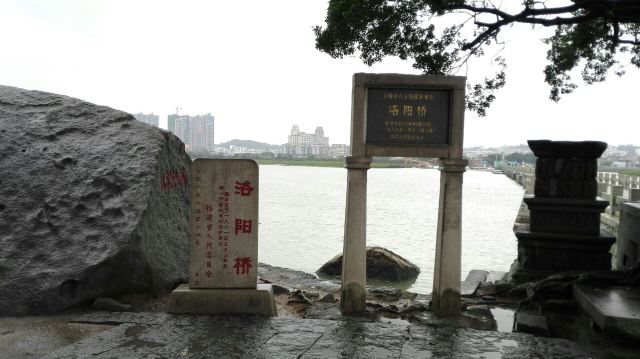 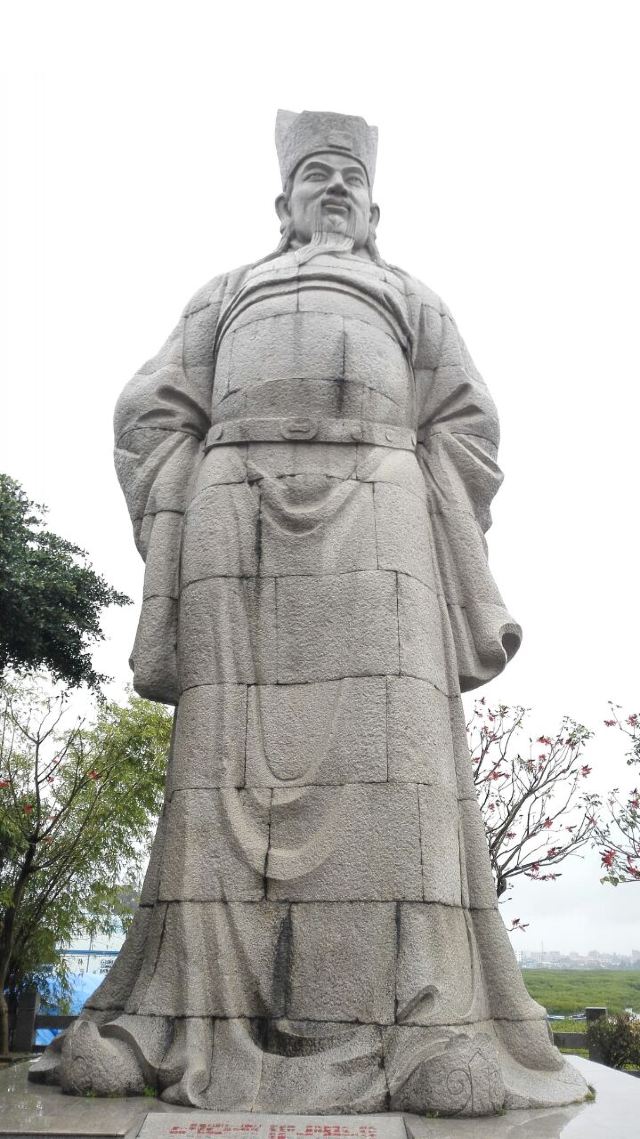 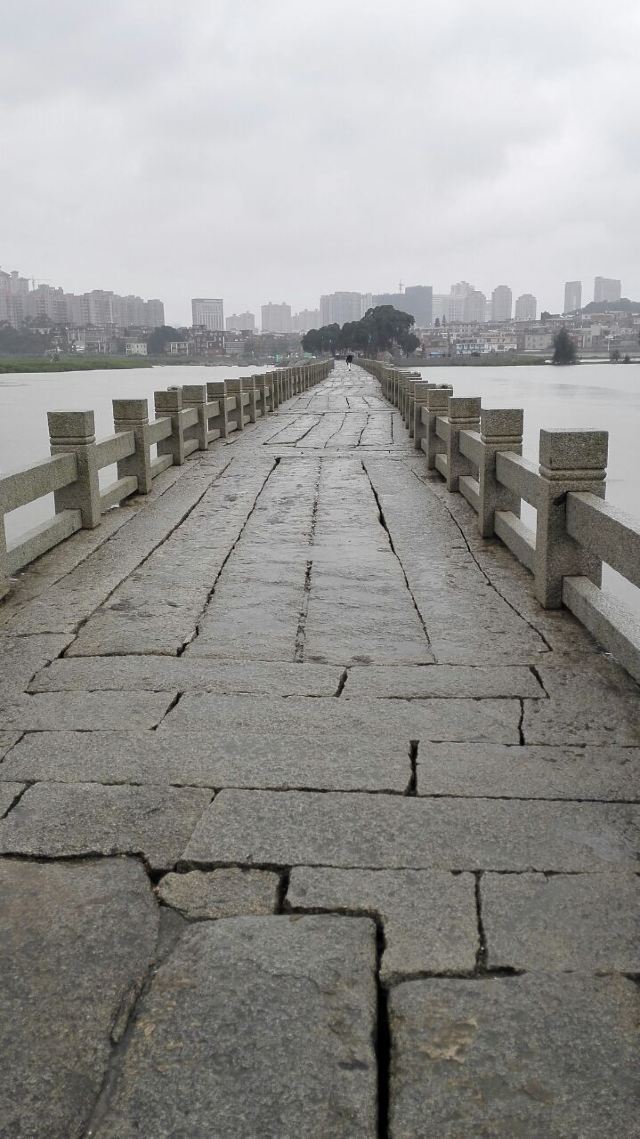 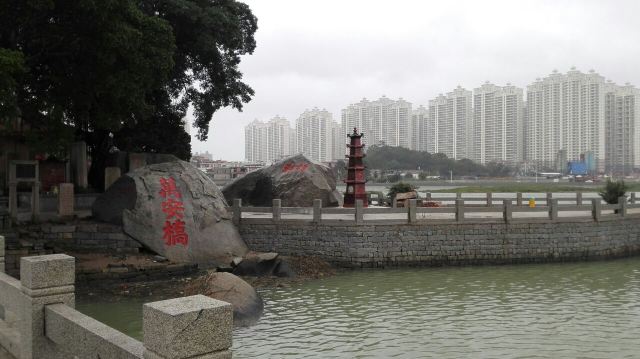 d10***98
d10***98
5/5
작성일: 2017년 1월 23일
27
5/5
Walking on the Luoyang Bridge hundreds of years ago, thinking that in a few decades, I will not be there, the bridge is still there. Repairing bridges and roads is really a good thing for future generations. To Quanzhou, we must come to Luoyang Bridge and fall in love with this place. Get off at No. 502 in Luoyang Triangle Brand, follow an unimportant path, cross a village to the bridge head, this side is Hui'an, go to the south of the bridge, take No. 19 to return to the city. Welcome travelers to play.
老舅的游记
老舅的游记
5/5
작성일: 2018년 4월 10일
4
5/5
Quanzhou's North-South Corridor has a long history of stone bridge, from the South came across the Wuli Bridge (Anping Bridge), how can we miss the Luoyang Bridge. Luoyang Bridge, also known as Wan'an Bridge, is situated at the sea entrance of Luoyang River, ten kilometers northeast of Quanzhou City. It was built in the Northern Song Dynasty. It was presided over by Caixiang, then the guardian of Luoyang County. It took more than six years to complete. Not only is it the first Harbour Bridge in ancient China, but also its construction technology is more commendable. It is the first biotechnology in the world to plant a large number of oysters to consolidate the bridge foundation. So far, there are still bridge guards working hard on the beach under the bridge. If the Wuli Bridge is marked by its length, Luoyang Bridge has more original wild interest. The mangroves are green, the boats are long and the white cranes are dancing in groups.
二舅
二舅
5/5
작성일: 2016년 11월 10일
9
5/5
Luoyang Bridge, one of the four ancient bridges in China, is located in the northeastern part of Quanzhou City. Bus No. 19 arrives at the terminal by 10 minutes'walk. Luoyang Bridge is a stone bridge across the river. Its deck is paved with hundreds of thick slabs. It is interesting to see the huge piers and wind towers at both ends of the bridge. Because of the gradual outward migration of the sea entrance in the past thousand years, the bridge is now seen on both sides of wetland beaches, but the attractions are good.
迷糊的加菲猫
迷糊的加菲猫
5/5
작성일: 2017년 8월 15일
4
5/5
Luoyang Bridge, an inland bridge connecting Quanzhou and Hui'an, was built seven years ago under the leadership of Caixiang, Zhizhou. Raft foundation and oyster foundation method are pioneers in the history of architecture. From this point of view, it is worthwhile to see, and Quanzhou tourism has a special feature that the ancient culture of the city is deep, the development is not excessive, you can play as you like without the malpractice of over-commercialization of other cities.
더 보기