It was a cloudy day when we went, and the church was far away, merging with the gloomy sky, and a little disappointed; when we entered, there were couples taking wedding photographs and many people watching; unlike the Catholic Church and Christian Church in Qingdao, Hong Jialou Church was free of tickets, and there was a consultation office at the entrance, which could not enter until 10 o'clock. Later, we knew we had to give it to the entrance. Newlyweds do wedding, churches do wedding for newlyweds on Saturdays every week, and that day just happens to be Saturdays. Luck is so good. I watched a Christian wedding with excitement, and I envied the couple very much. During the waiting process, I chatted with the consultants at the door for a while, and I had a little understanding of Catholicism and Protestantism, and I felt very good about marriage. At the end of the ceremony, volunteers introduced the history of the church, wall and window murals free of charge to you. They felt very sincere and pious, which was much better than the church charged in Qingdao. By the way, the inside of the church was very exquisite. After entering, they had a feeling of sudden openness and holiness, and the outside was magnificent. It was indeed one of the three famous Catholic churches in China. The feeling of a trip in vain. Ps: The welfare of people living in Jinan is very good. There are free French classes in the church every week. What's the treatment??? 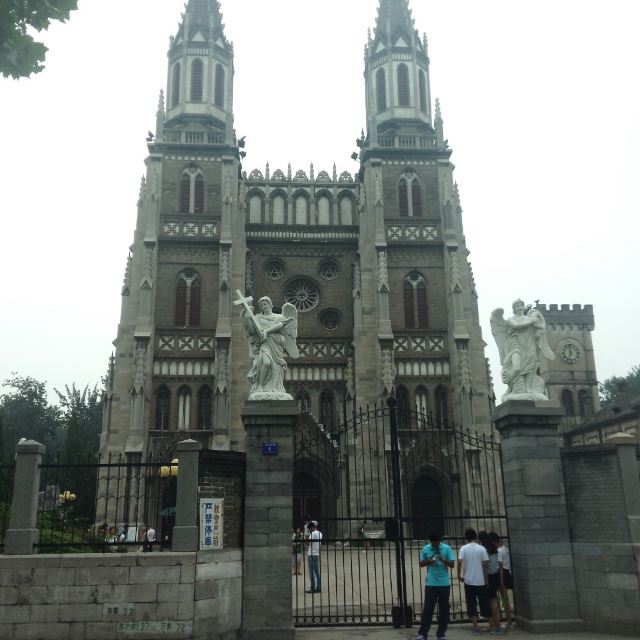 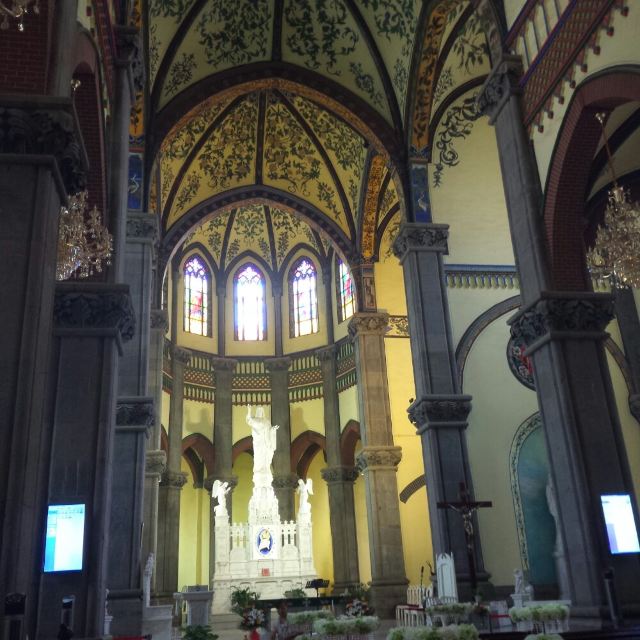 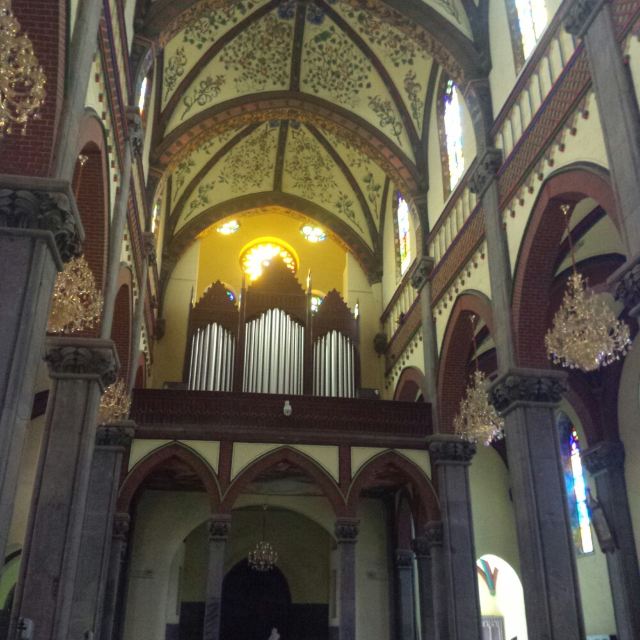 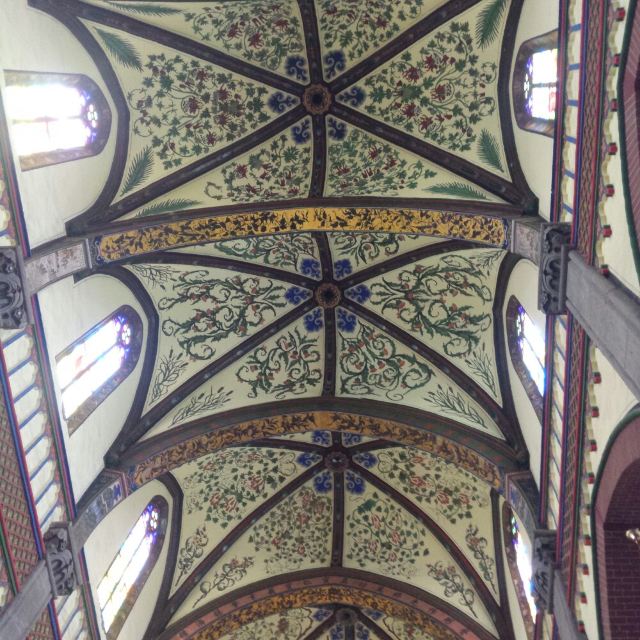 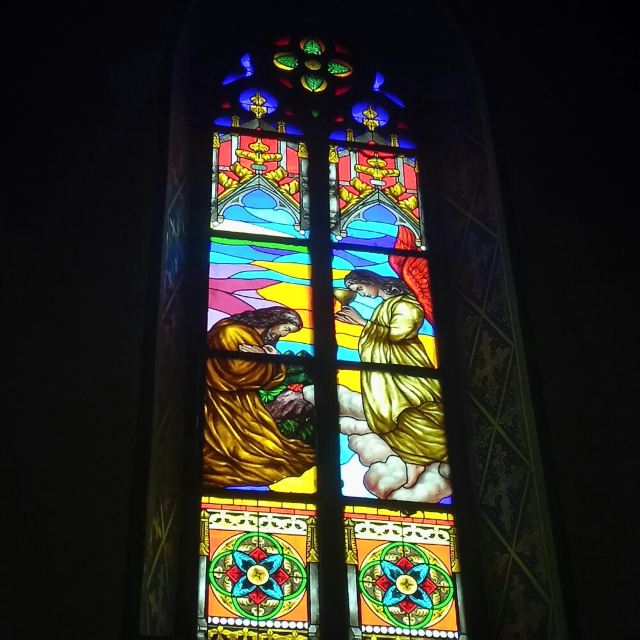 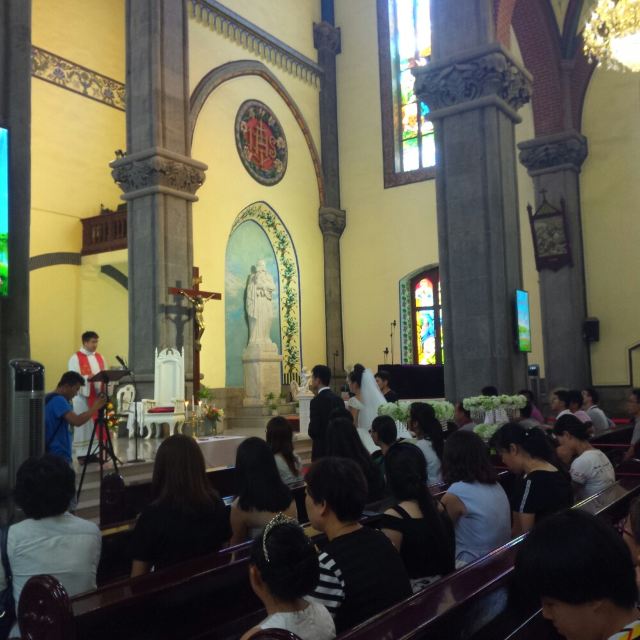 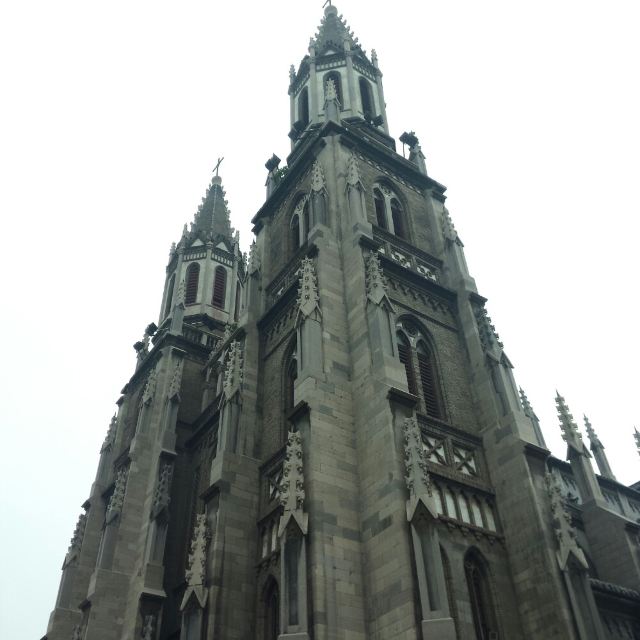 可罗米
可罗米
5/5
작성일: 2016년 10월 15일
65
5/5
Can't but go! Really good! It's just more than an hour's bus ride from the railway station. It's about 40 to 50 minutes by bus from Qianfo Mountain. Prepare time, and it's easy to get stuck in traffic. If someone is giving a lecture discussing, please don't flash, don't shoot (quickly and secretly), don't talk, respect religious holy places, feel with heart, listen quietly, and leave silently.
子弹之痕迹
子弹之痕迹
5/5
작성일: 2017년 6월 5일
18
5/5
As one of the landmark buildings in Jinan, it is also an important symbol of Jinan cultural belt. The church is a two-tower Gothic building with a huge volume and magnificent momentum. Its external walls are made of stone. On the West facade, there are two tall spire bell towers, and many small spires. They are dome-like spires with typical high and straight style. Everything is full of upward momentum. They are covered with slender spires and narrow windows, which increase the height of the tower. The interior of the church is covered with Catholic murals and sculptures, and the hall can accommodate 800 people.
沃洛格达福康安
沃洛格达福康安
5/5
작성일: 2018년 12월 20일
7
5/5
Take a break from 11:30 to 1:30 noon. When you play, remember to avoid this time point. It is a Western Gothic style church. Its full name is the Catholic Church of the Sacred Heart of Jesus. Because it is located in Hongjialou, it is also called Hongjialou Church or Honglou Church. This church has already become the landmark building of old Jinan, and is also a cultural symbol of old Jinan. Founded in 1901, the Church of Hongjialou took three years to complete and became one of the three major Catholic churches in China. The other two are the Huzhuang Church in Pingyin and the Catholic Church in Fuzhou. Two years after its initial completion, the Church of Hongjialou was expanded again to form a magnificent architectural complex. The overall design of the church belongs to the typical Gothic architectural style, which is very similar to Notre Dame in Paris and Winstminster Cathedral in the world. This also makes the Hong Jialou Cathedral more and more famous.
Helen
Helen
5/5
작성일: 2015년 9월 10일
36
5/5
The scenery around us is always the easiest to miss. Hong Lou Church has passed many times since its childhood, but this year it is the first time to enter. The non-Christian visiting time written at the entrance is up to 5 p.m., but it's more than 5 p.m. when we finished our work at Shanda, we took our chances and did not expect it to be open again. Maybe that's the reason for Sunday. As soon as I entered the gate, I saw several posters on the propaganda board "Praying for the Great Mountain" and looked closely before I knew that it was the Church that had invaded the church's land in "Statement". In fact, I wanted to use the word "denounce" but after all, the words used by the church are relatively peaceful, although there are anger and grievance, but they are embodied in the doctrine of tolerance and love, so it is better to use the words "statement" which are not so strong emotional color. As for the truth of the matter, it is not good for outsiders to draw a conclusion just by saying a few words. But it does seem justified. Let's hope that the wrong party in the incident can solve this problem in good faith. Put aside this somewhat awkward time. The church itself is really beautiful. It deserves to be one of the three Catholic churches. The interior of the church is also open to non-believers. Just be careful not to wear slippers, trousers or skirts above the knees, and not to take photos or make noise inside. There is a Mass service at 6:30 p.m. on Sunday, which is sacred to believers. So after 5:30, non-believers can not sit in the front, but they can visit the area separated from the back. According to the staff, Mass is absolutely quiet within an hour, unable to speak, ordinary people may not be able to insist, so sitting in the back is convenient for everyone to enter and exit without affecting the ceremony. See the billboard also says that you can receive free extracurricular weddings, but I personally think that if you are not a believer, it is better not to hold a wedding in the church. I didn't stay much because I wasn't a Christian. But listen to the staff to explain the teachings, but also very beneficial. In fact, no matter what we believe in, as long as we can be honest and kind, care for the world and contribute to society, we should be respected.
더 보기