Handan Museum is located in the east of Congtai Square, free of charge. As a municipal museum, it's really good. There are exhibitions of Cishan culture, Zhao culture, coins of past dynasties, Cizhou kiln porcelain, ancient stone carvings and so on. The ancient stone carvings exhibition is very exquisite. The ancestors of Zhao people started from the imperial court, that is, the driver of a car, and became the emperor of Jin State. After the three families were divided into Jin State, King Wuling of Zhao thrived the country by riding and shooting in Hu clothes. After the war of Changping, they weakened and were destroyed by Qin Dynasty. From the exhibition, Zhao Xingguo relied on himself, and also complained about his destruction. 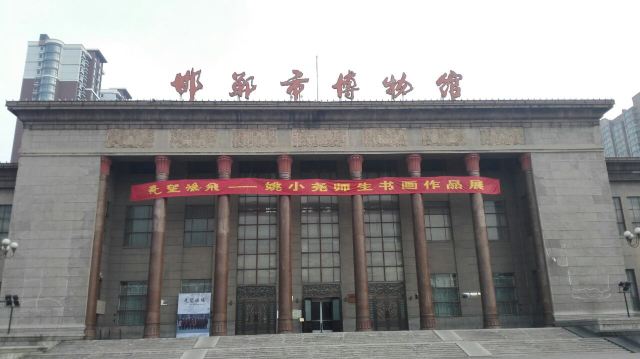 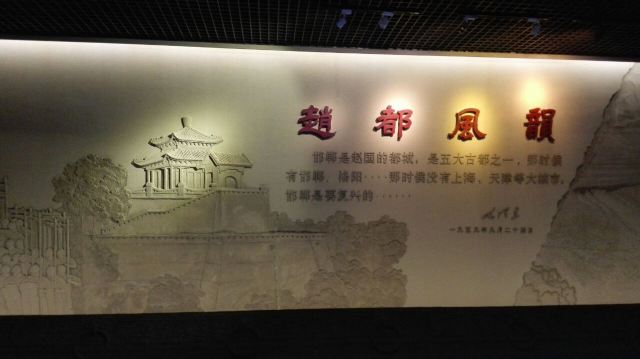 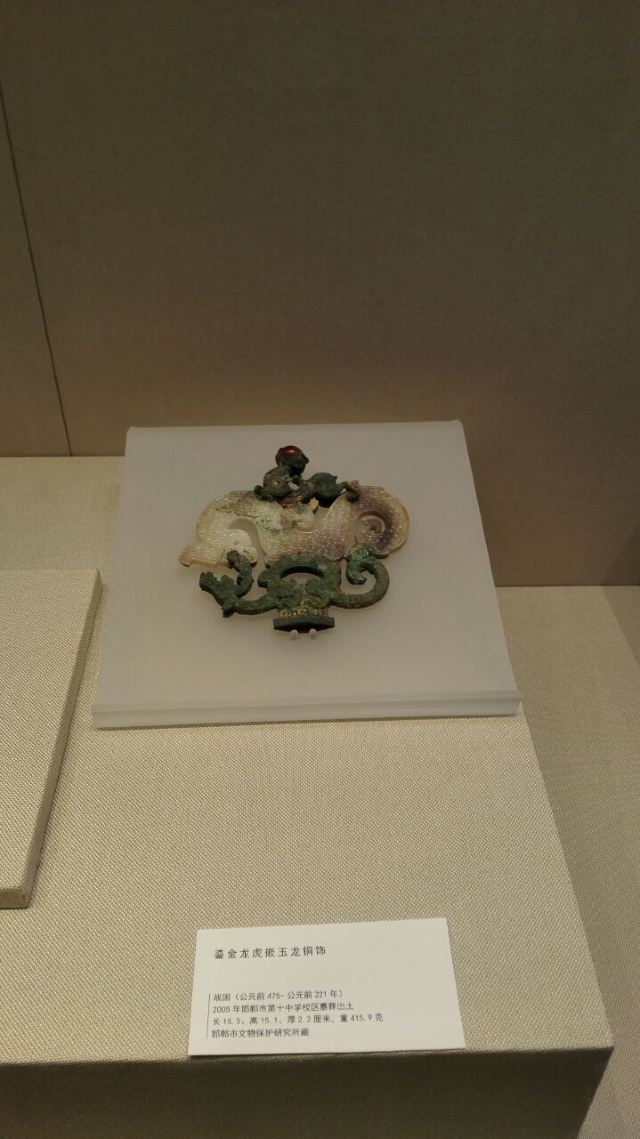 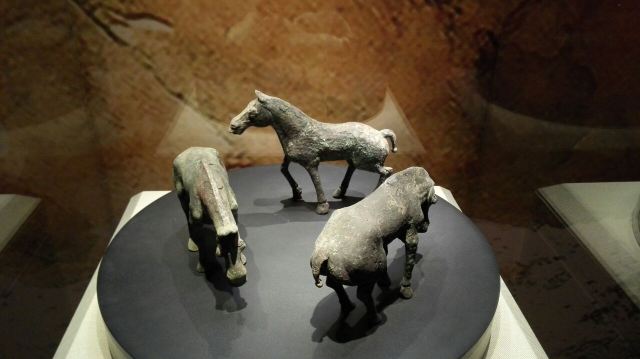 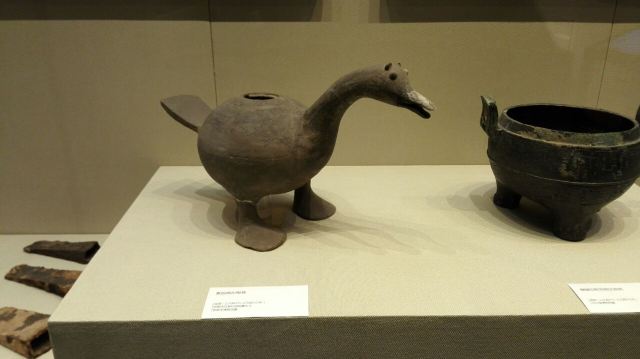 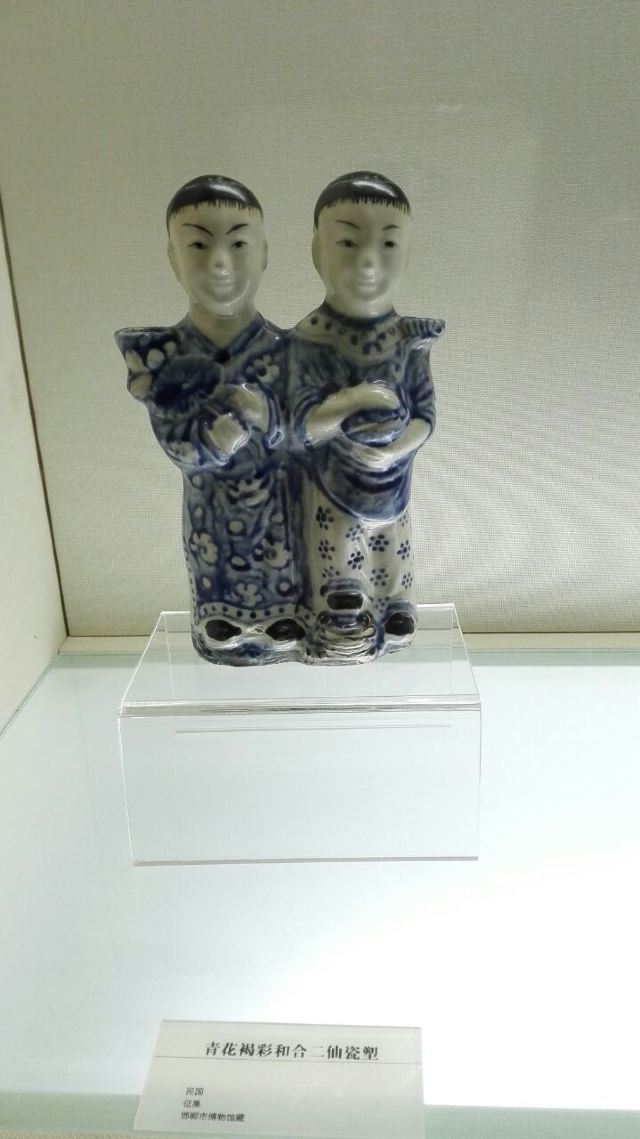 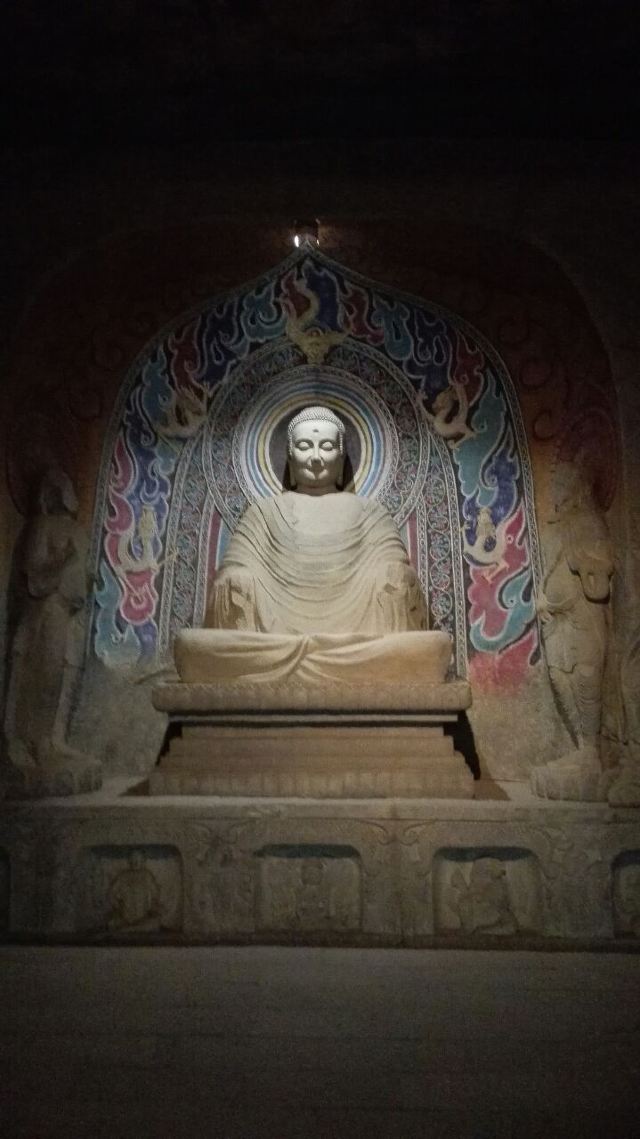 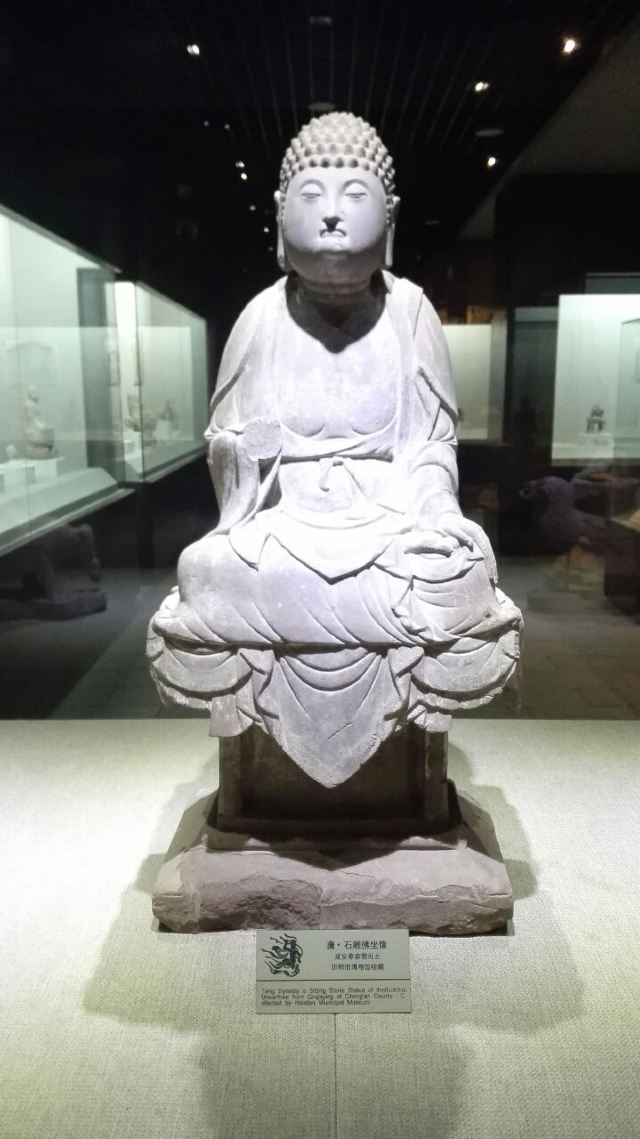 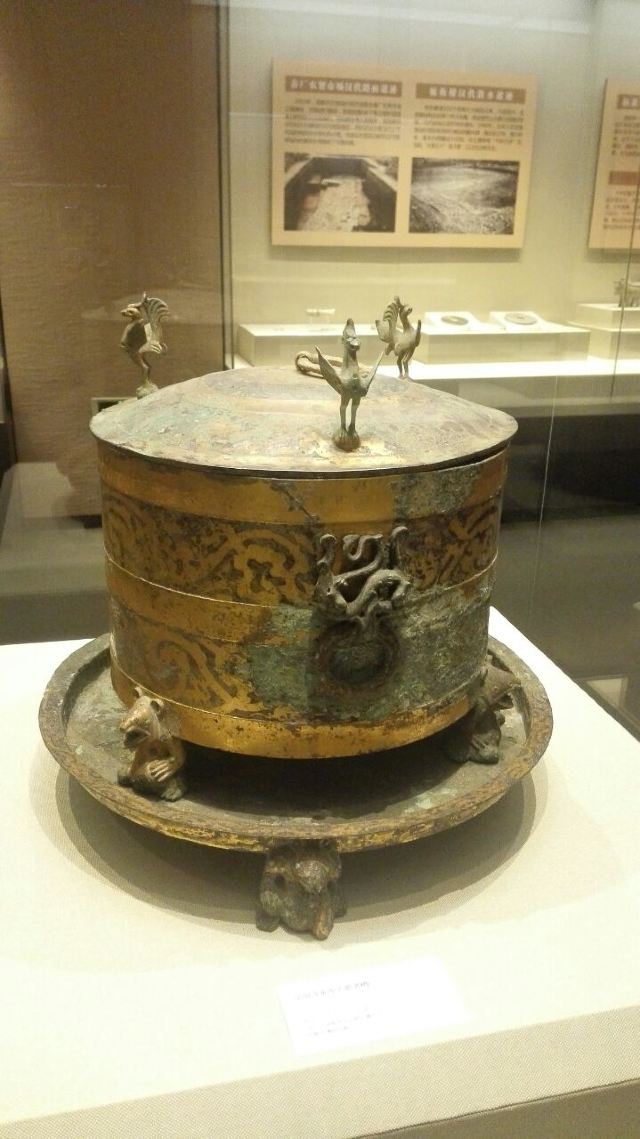 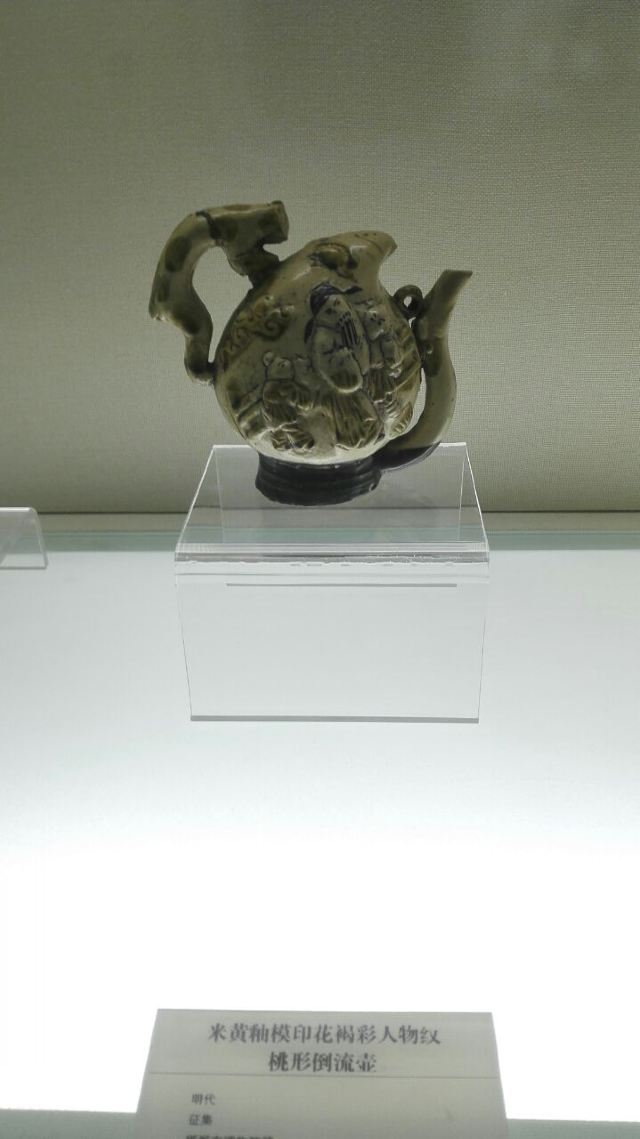 肉体在奔跑
肉体在奔跑
5/5
작성일: 2015년 10월 3일
7
5/5
Of course! Handan has been an important town in the Central Plains since ancient times. There are many historical relics and unearthed cultural relics. Even county-level units have the strength to hold exhibitions. Handan Museum is rich in collection and has potential to compete with Hebei Museum. Because the sites of cultural relics excavation are not far away, the sense of alienation in appreciation of time and space will not be so strong, can more truly touch history. I went to the exhibition at 11:30 a.m. on the wall during the Eleventh holiday, but when I came out, it was more than 12 o'clock, as if the rules were not so strict. I saw four exhibitions, Cishan Culture, Cizhou Porcelain, Ancient Stone Carving and Ancient Coin Series. The exhibits of Cishan culture involve many details of everyday life. The exhibits are closely related to everyday life. At the beginning of this series, there are several brief introduction of early Chinese civilization, which are clearly attached to a large map of China. The exhibits of Cizhou Porcelain are all from Handan, with a complete collection and interesting pillow series, as well as firing, transformation, representative works and so on. Ancient stone carvings, mostly in the Tang Dynasty, the Five Dynasties and the Ten Kingdoms, have many Buddhist themes, and their production has its own characteristics. The contents of coins are also interesting. For example, the Song Dynasty printed money with year numbers. As a result, more than a dozen emperors had more than forty years, and the names of coins were different. To explain to us, at first it was an old man, more popular, and then came a beautiful woman, very professional. We are encouraged to visit on the spot with rich knowledge, rich feelings and fun. Interesting cultural relics say that we can take photos and send microblogs. Handan has always been a little proud of the city's name. When talking about the loss of some of the exquisite Cizhou ceramics overseas, we hope that people will know more about the cultural foundation of protecting us, and timely remind us to help propagate the wonderful points. Want to add a message, but not too embarrassed, came out.
探索在路上
探索在路上
5/5
작성일: 2018년 2월 21일
5
5/5
Handan Museum, opposite Handan Hotel, is flanked by the city's old cadre activity center and youth activity center, which receives tickets with identity cards. The area is small, the environment is great and the management is in place. It mainly shows the color lantern culture, Cizhou kiln culture, Zhao culture, coin culture, dog year related theme culture and so on. It's very ornamental and interesting.
海布里岁月
海布里岁月
5/5
작성일: 2018년 2월 13일
8
5/5
Handan Museum is one of the first-class museums in the country. Its predecessor is Handan Exhibition Hall of Mao Zedong Thought Victory Long Live, which was built in 1968. There are five permanent exhibition halls in the museum, including Cishan culture, Zhao culture, Cizhou kiln, Chinese coins of past dynasties and ancient stone carving art of Handan. It is worth visiting.
兰利沼泽卢照邻
兰利沼泽卢照邻
5/5
작성일: 2018년 12월 29일
1
5/5
Handan, an important town in Hebei Province, is the thoroughfare of four provinces. The ancient capital of Zhao has a long history. To understand the history, of course, it begins with museums. Handan Museum, worth visiting, has a long history of Handan, from Cishan culture to Zhao civilization, to Cizhou kiln, and so on. Recommend
더 보기