Zhepeng Temple is a Gelu sect Temple of Tibetan Buddhism in China. With Gandan Temple, Sala Temple jointly known as the three major Lhasa temples. Located in the western suburb of Lhasa, under the Gengpiwuzi Mountains. The whole monastery is large in scale, with numerous white buildings spread all over the hillside. It looks like a huge rice pile in the distance, so it is called Zhe Beng. Zhe Beng, Tibetan meaning Miju symbolizes prosperity, Tibetan full name for "auspicious Jimi Ten Squares Zunshengzhou", it is the highest ranking monastery in the Gelug sect. Zhepeng Monastery, located 10 kilometers west of Lhasa, is the largest monastery in Tibet. It is connected with the whole temple and has a huge scale. It has the characteristics of Tibetan religious architecture art. Ticket 50 yuan, no student ticket. Without backpacks, cameras and plain clothes, you can save 50 oceans by swinging in from the room on the right. It's a long way from the gate of Zhepeng Temple to the scenic spot. Before we reached the temple, the clouds were so close that we could touch them from the roof. However, it may also be because of the high altitude reflection, just go to the mountainside and pant. The Chaoqin Hall inside is the largest building of Zhepeng Temple, which can accommodate 67,000 lamas to recite sutras at the same time. On the second floor of the main hall, there is a statue of Qiangba Buddha opened by Zongkaba himself, which is the most precious cultural relic in the temple. 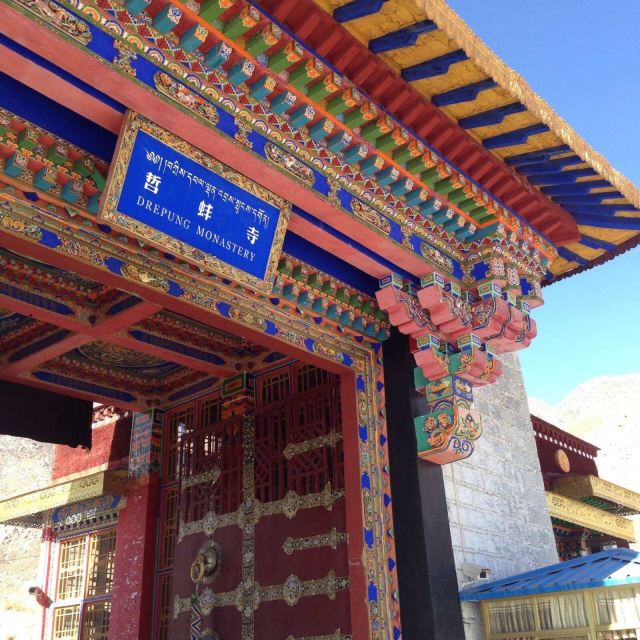 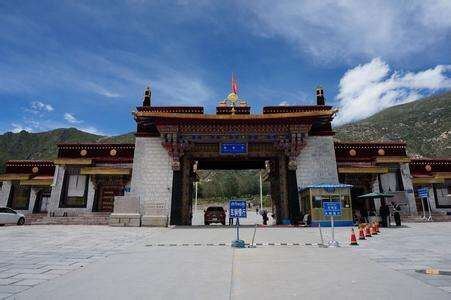 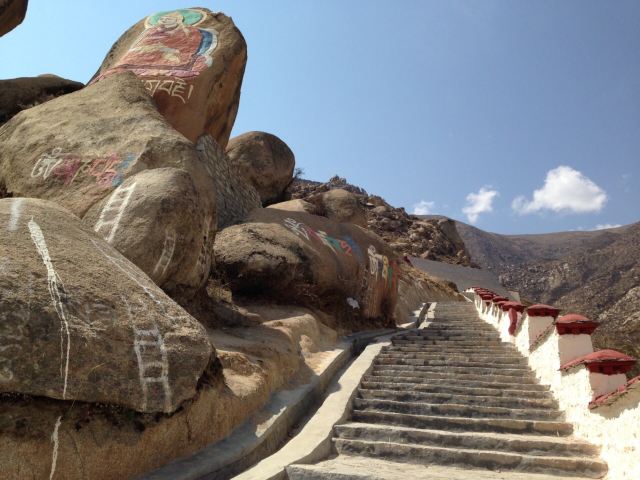 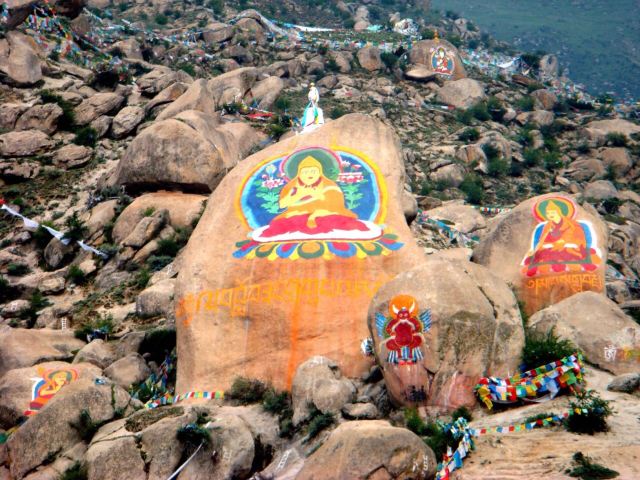 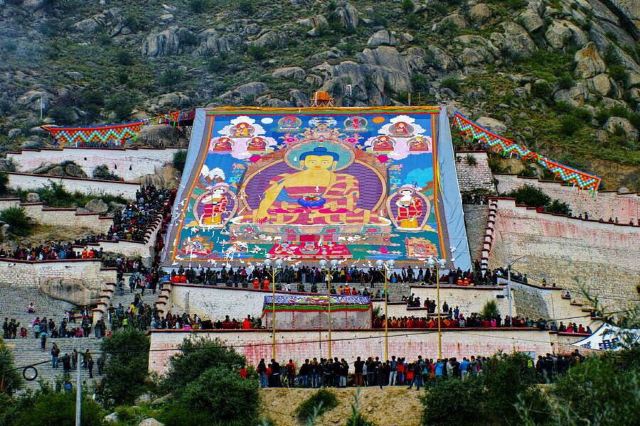 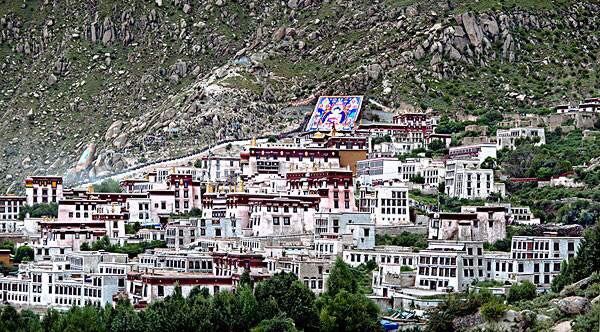 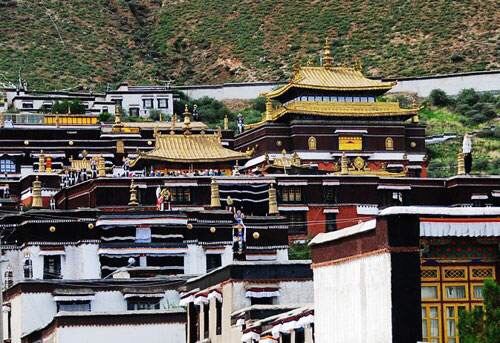 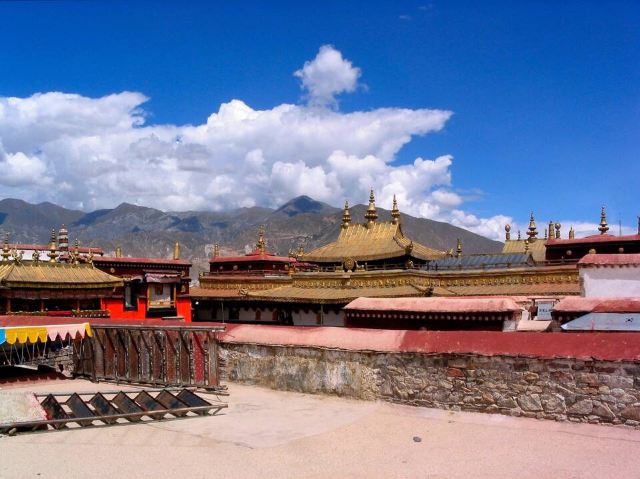 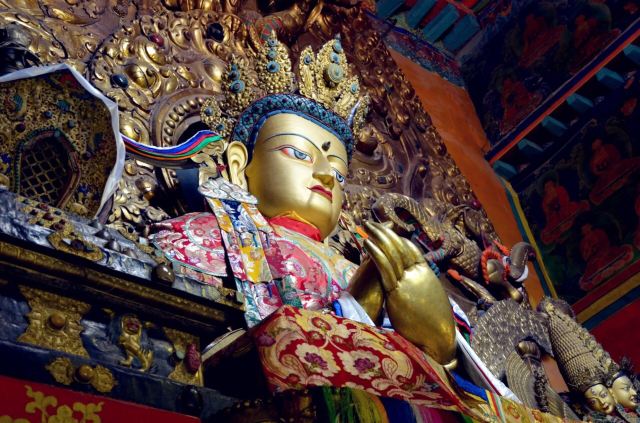 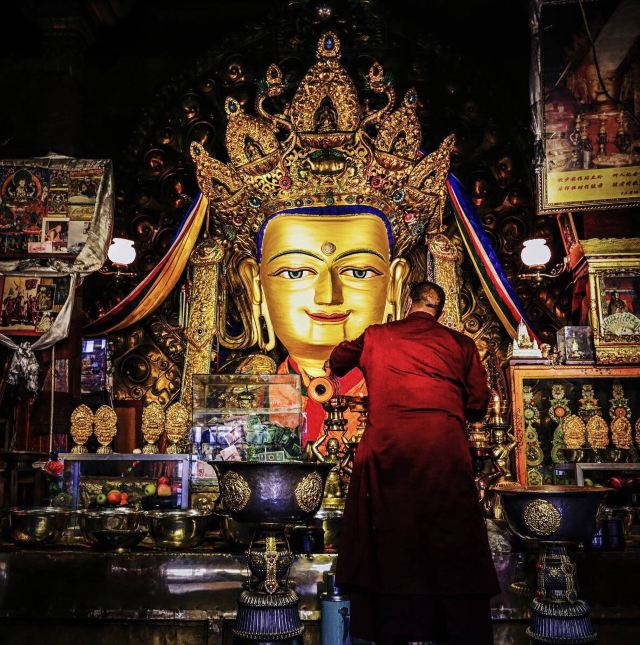 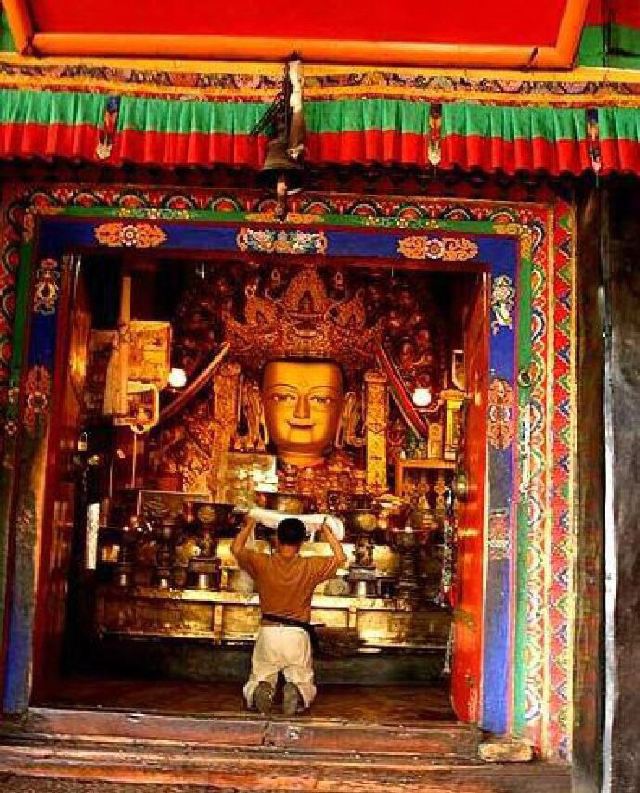 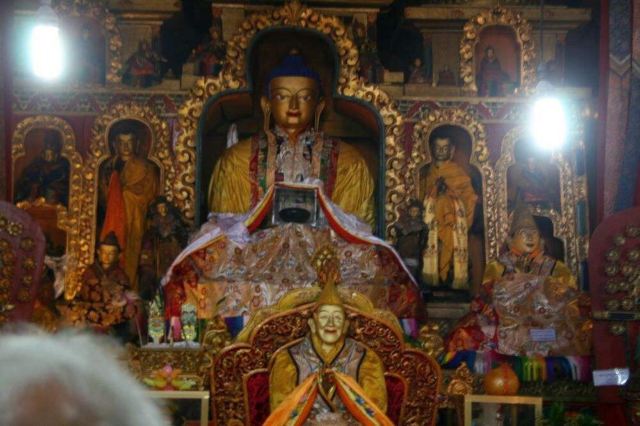 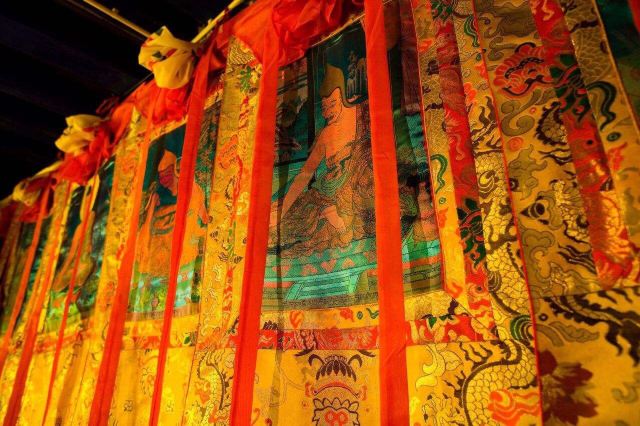 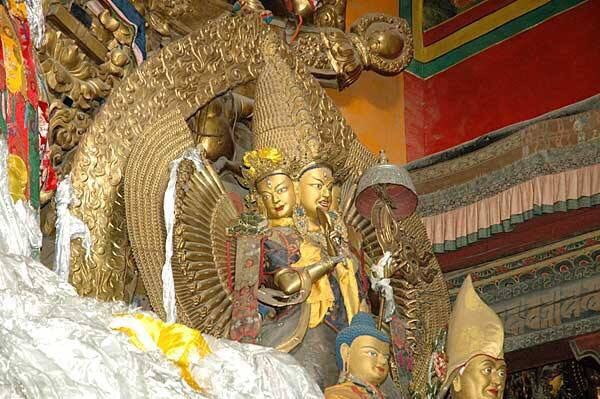 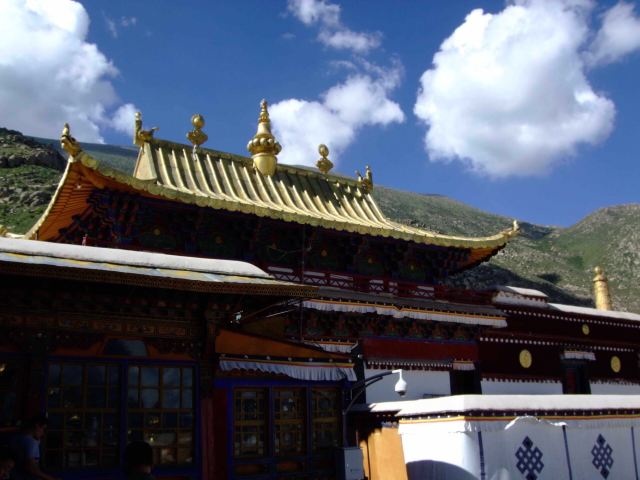