Tiandiyuan is the most famous natural landscape in the Chinese tourist area, literally meaning "Tiandiyuan". It is named for the legendary seven fairies who came down to take a bath and have a leisure at night to serve the Jade Emperor. The waterfall is divided into three sections. The first section (22m high and 21m deep) flows down from the top of Dongze Rock Cave. The second and third sections of the waterfall are formed because of the barrier of rocks and rocks, and eventually flows into the sea. Above the galloping waterfall is an arch-shaped overpass with statues of seven fairies serving the Emperor of Heaven. At the same time, it is also the scene of love and parting between male and female protagonists in Dachangjin. On the outer wall of Tiandi Building in Guzhong, there are pictures of fairies and immortals depicting the legendary content of Tiandiyuan. In addition, there are also Xianlin Bridge carved with seven fairies. If copper money is put into the pocket of the statue of Wufuquan, it is said that it will be blessed. 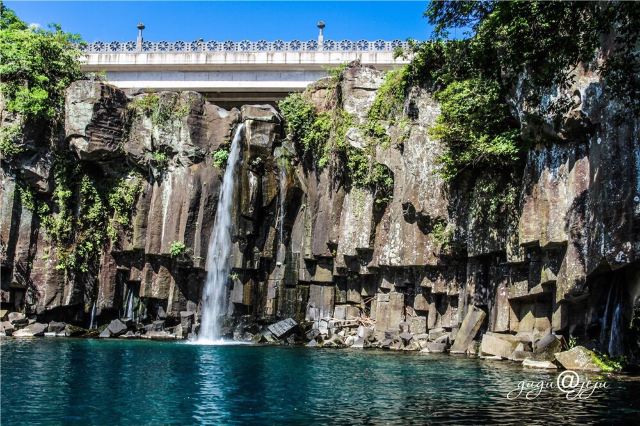 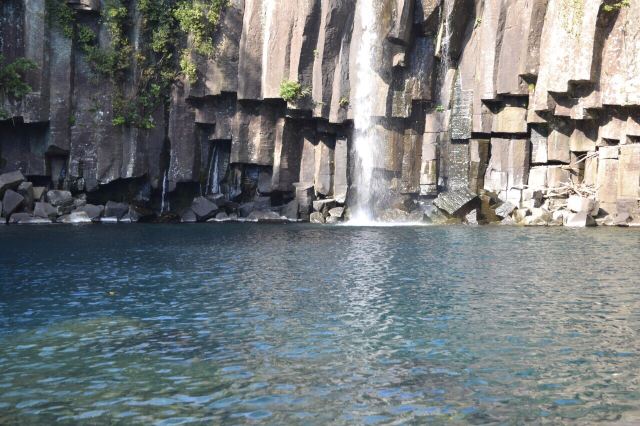 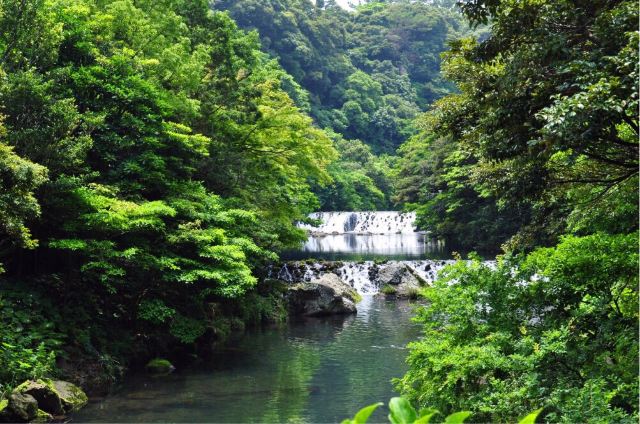 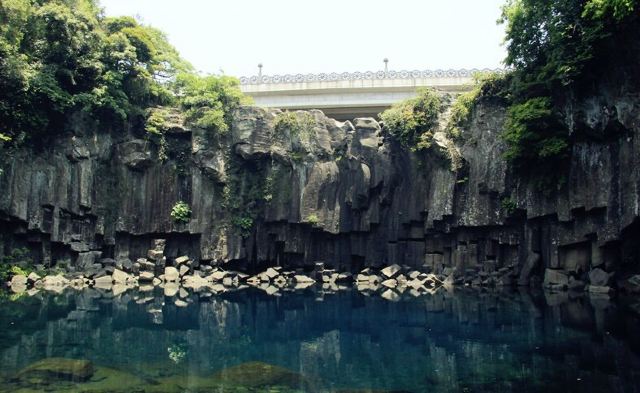 文少爷88
文少爷88
5/5
작성일: 2017년 2월 8일
11
5/5
There seem to be three waterfalls in Jeju Island. Two of them seem to be Tian Di yuan, one is Tian Di yuan waterfall, the other is Tian Di yuan waterfall, which is a bit confusing. I chose this waterfall because I live in the Chinese sightseeing area and it is very close to Tiandiyuan Waterfall. Although the waterfall is not the largest and the scenery is not the most beautiful, it is better than Teddy. Believe it or not, you are very close. The park is not very big. There are three waterfalls in it. Personally, I think the first one is the most beautiful and the water is the biggest. Maybe it's because of winter. I don't know how summer is, because I don't feel that the current is too big. You need to climb a little step. You'd better wear flat shoes.
远行-遇见你
远行-遇见你
5/5
작성일: 2017년 5월 20일
3
5/5
Tiandiyuan Falls is fifteen minutes'walk away from the Chinese tourist area. Believe it or not, you can walk down a downhill road from your museum and then go up a section to the left to see the magnificent Xianlin Bridge. There is an entrance, that is, ticket office, 2000 won. The waterfall is divided into three sections. It has to climb stairs and walk along the trestle, but the overall momentum is not comparable to that of Zhengfang and Tiandiyuan Falls. Yuanyuan Falls are a little softer! Play for more than an hour at most!
鑫鑫star
鑫鑫star
5/5
작성일: 2018년 4월 12일
2
5/5
Tiandiyuan Waterfall is just like its name. The rocky cliff rises into the clouds. The waterfall pours down like a galaxy falling from nine days with thunderous sounds from the cliff of black lava. It's convenient right next to the Xiguipu Hotel.
138***45
138***45
5/5
작성일: 2017년 5월 30일
2
5/5
Three sections of waterfalls, must go in and return to the original road, to take the stairs, the distance is not very long, but also to consume some physical strength. The Tiandiyuan Falls did not flow down, maybe because of the lack of rain? The scenery is beautiful. The ticket is 2000 won. It's really not expensive. Suitable for leisurely running and enjoying leisure time.
더 보기