Ho Chi Minh City Central Post Office, built in the late 19th century, is designed by French architects. The interior of the hall is magnificently decorated and the dome is full of classical flavor. On both sides of the broad hall are business desks, and in the middle are circular benches, souvenir counters and long desks. At the end of the hall, Ho Chi Minh lovingly looks down at the crowds of foreign tourists who take pictures, daze or write with a large stack of postcards. Ho Chi Minh: Hu Chi Minh's huge portrait hangs in the middle of the wall at the end of the hall. Taking a picture with Grandpa Ho Chi Minh is the first choice for many tourists. Hand-drawn map: There is a big map on the wall on both sides of the hall. It is said that it was hand-painted by French geographers at that time. Architectural decoration: dome, circular window, gorgeous chandelier, wall lamp, telephone compartment, pillar decoration. Various people: tourists looking from east to west, locals making long distance calls in cubicles, and post office clerks who are not surprised. 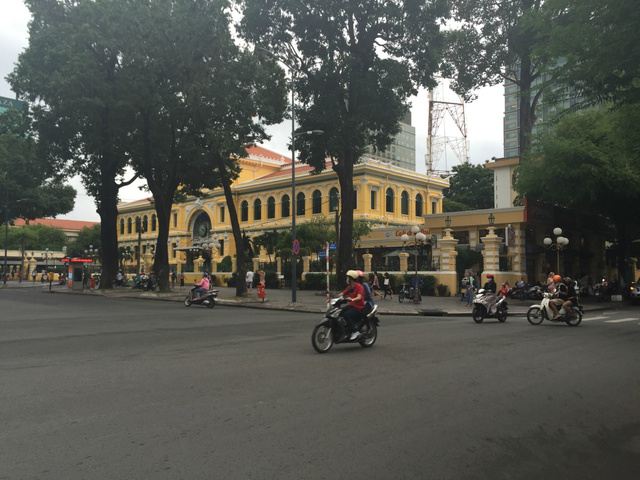 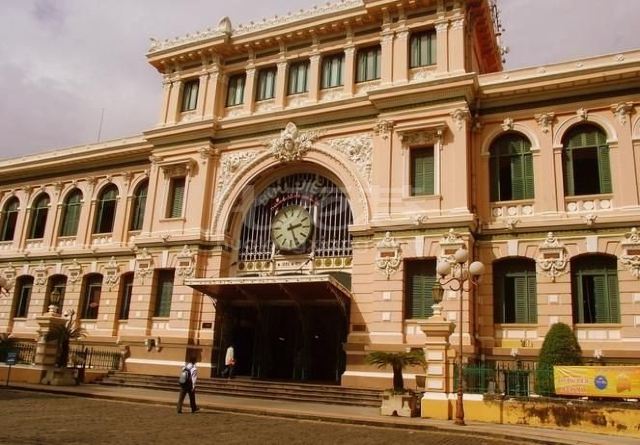 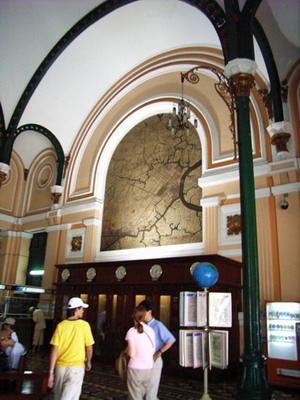 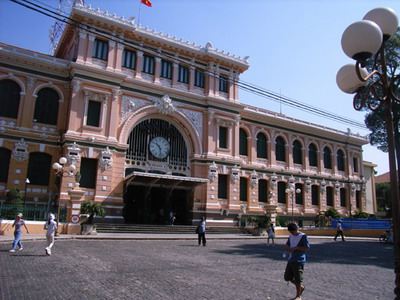 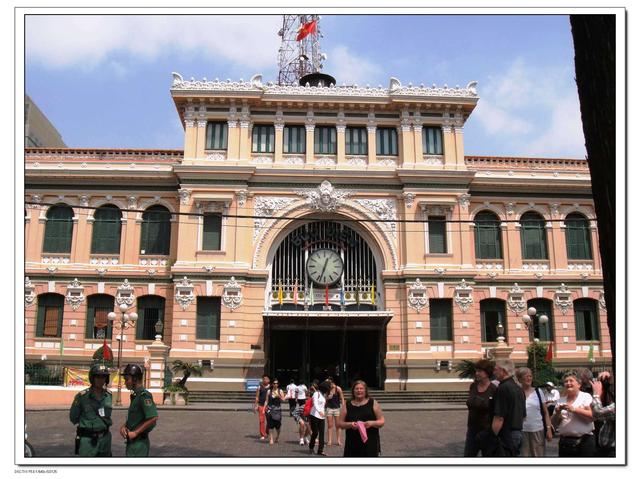 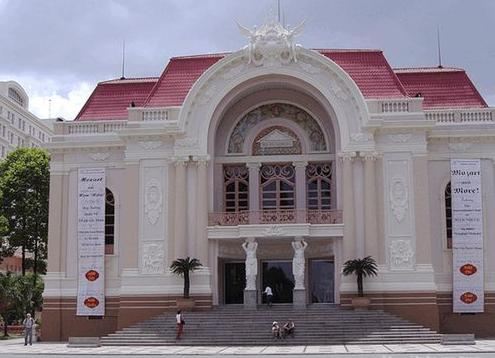 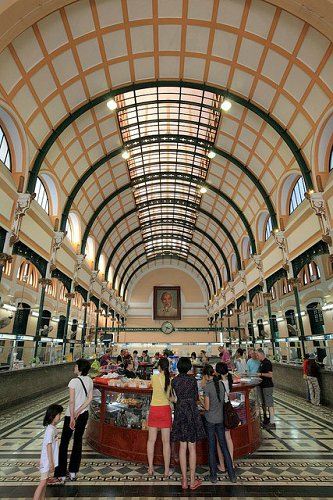 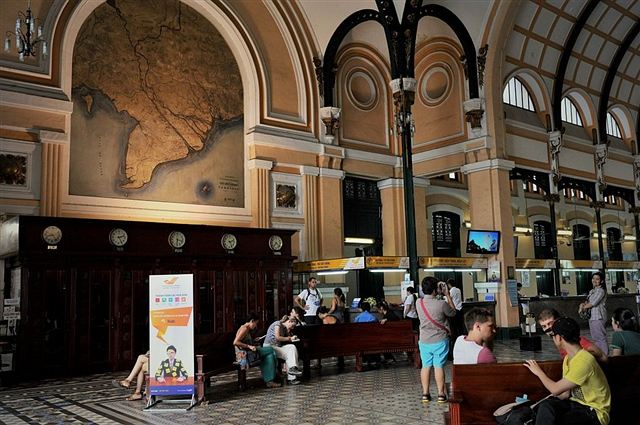 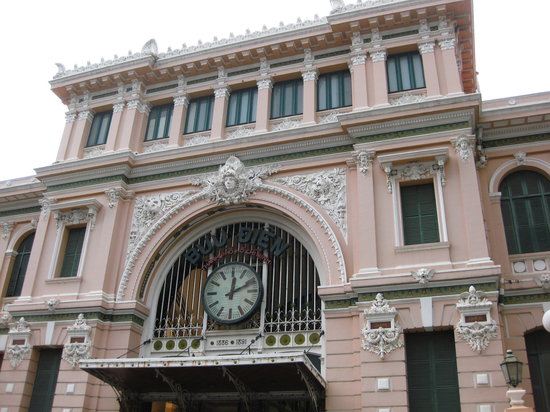 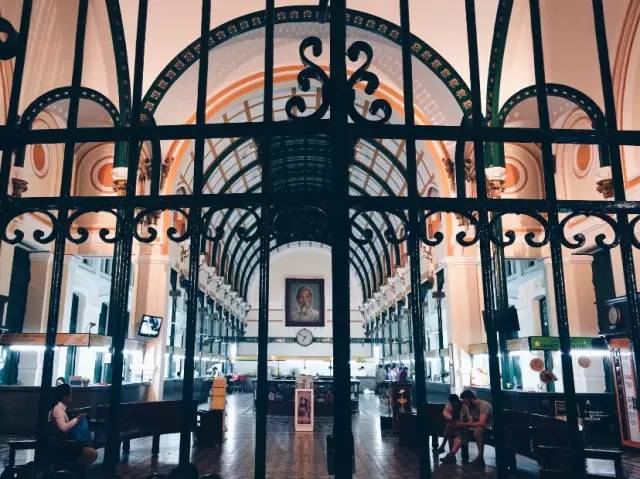 大头娘娘与灰太郎
大头娘娘与灰太郎
5/5
작성일: 2016년 8월 25일
12
5/5
[Business hours] If you want to transfer to the Central Post Office, you should pay attention to the business hours, from 7:30 a.m. to 19:30 p.m. The Central Post Office of Ho Chi Minh City was built at the end of the nineteenth century. It was designed by French architects. The hall was decorated with gorgeous decoration and classical flavor. On both sides of the hall were business counters, and in the middle were circular benches from outside to inside. There was a map of Vietnam on both sides of the hall. It was said that it was hand-painted by French geographers at that time. The dome, circular window, magnificent chandelier and flower-shaped ceiling. Wall lamps, electric fans and so on, all permeate the style of Gothic architecture. The Central Post Office is still in use today, allowing people to take photos as much as they like, or to sit there and stare at everything in the hall. The telephone booth under the map can make international calls. The telephone booth is very beautiful and is a good place for taking photos. [Postcards] When you come to the post office, one of the most important things is to ask your friends and yourself to send a postcard, but worry about how to write the address? In fact, it is not necessary to translate Chinese addresses into English when sending letters abroad. You just write to XX CITY, CHINA (to XX City of China) on your head, and then write the address clearly in Chinese. Postcards should not be bought at the counter in the post office lobby, where they are almost all left over. You can buy them in advance or send them to the souvenir shop in the post office, where there are many beautiful films. The same price as in the lobby, 5000 VND/sheet, 11 000 VND/sheet for postage. If you want to save 0.5W postcards, there is a showcase for MISS VIETNAM perfume in the post office hall, where there are free postcards, though they are meant to promote their perfume series, but postcards are also beautiful, very distinctive, with a souvenir.
coverer
coverer
5/5
작성일: 2017년 12월 12일
3
5/5
The post office is located in the first county of Ho Chi Minh City. The post office in Ho Chi Minh City, which is adjacent to Notre Dame Church of Saigon, is a famous scenic spot and retains the functions of the post office. This French building, built in France from 1886 to 1891 and officially opened in 1892, is the first post office in French colonial period. The empty hall is magnificent, with a large portrait of Ho Chi Minh hanging prominently. On both sides of the wall are old maps of Vietnam. Under the old maps, there are special telephone booths for international calls. On both sides of the hall are souvenir shops and cash machines, as well as information centers and currency exchanges. Walking further is the real postal service. Every visitor here will send a postcard to his relatives, friends or himself as a souvenir. In addition, if you want to take retro-style photos on the benches in the post office, it is suggested that you come earlier and take pictures quickly. Tips: The basket that provides free postcards in the post office is usually just an ornament. Postcards sold in the post office are not very sellable and of varying quality. If they are not in a hurry, they can be selected elsewhere (such as Fan Wulao Street). There are tables and chairs in the post office and they can be filled in by sitting. The postage for mailing to China is 10,500 Vietnamese shields, but due to the small number of 500-denomination Vietnamese shields, it is likely that 11,000 Vietnamese shields will be paid without change. Tips: If you want to collect postmarks, ask the staff for the same day's postmarks at the first counter on the right-hand side of the door. Staff usually give you the postmark and let you cover it by yourself.
jiamings
jiamings
5/5
작성일: 2018년 3월 29일
5
5/5
Ho Chi Minh City Central Post Office was built in the late 19th century. The interior of the hall is magnificently decorated and the dome is full of classical flavor. The business counter is on both sides of the hall, and the ring benches, souvenir counters and long desks are in turn in the middle from outside to inside. A huge portrait of President Ho Chi Minh hangs in the middle of the wall at the end of the hall. There is a large hand-drawn map on the wall on both sides of the entrance door of the hall, which is said to have been drawn by French geographers. There are five telephone compartments in a row below the hand-drawn map, and a clock on the door of each compartment showing the time of major cities. Architectural features of the Central Post Office: dome, circular window, magnificent chandelier, wall lamp and pillar decoration.
quicklee
quicklee
5/5
작성일: 2017년 12월 12일
3
5/5
Saigon Central Post Office is the largest post office in Vietnam, and also a attraction attracting many tourists to Ho Chi Minh City. The building was built by the French from 1886 to 1891 with Western architectural style and combined with Oriental decoration. It was the first post office in Ho Chi Minh City during the French colonial period. Designed by the famous French architect Gustav Eiffel, it integrates European and Asian architectural styles. The hall is decorated with gorgeous, classical flavor and full of strong French style. Saigon Central Post Office is located at No. 2 Paris Commune Road, the highest terrain in Ho Chi Minh City. Like Notre Dame Church opposite, Saigon Central Post Office is one of the most beautiful buildings in Vietnam with Renaissance architectural style.
더 보기