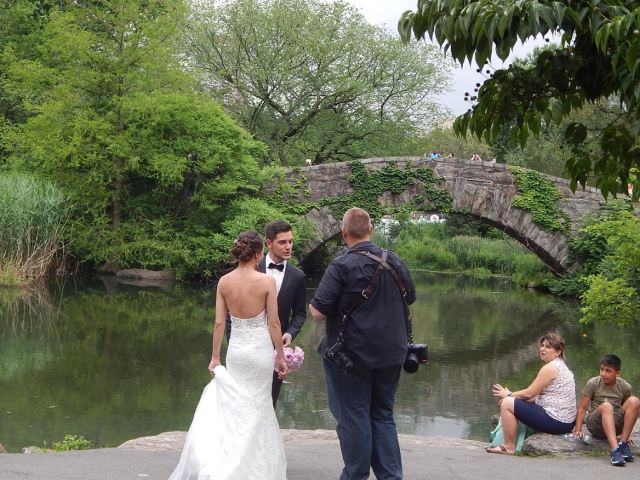 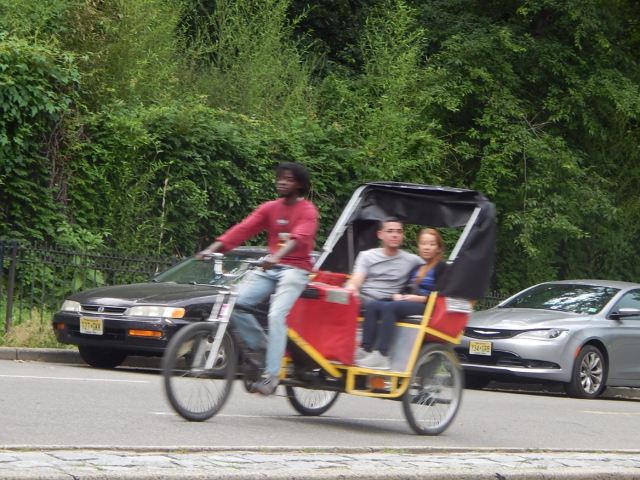 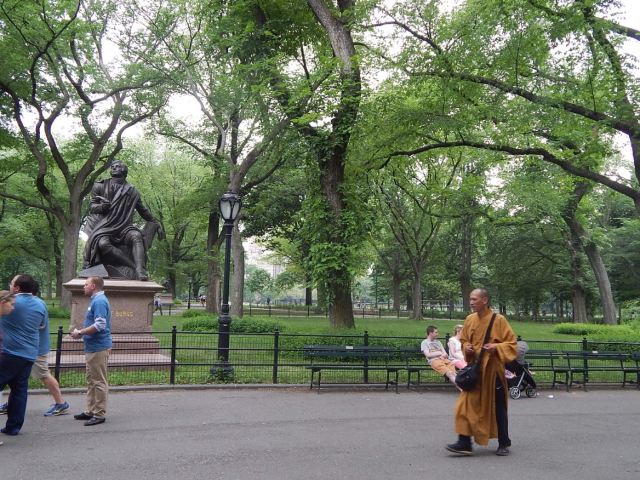 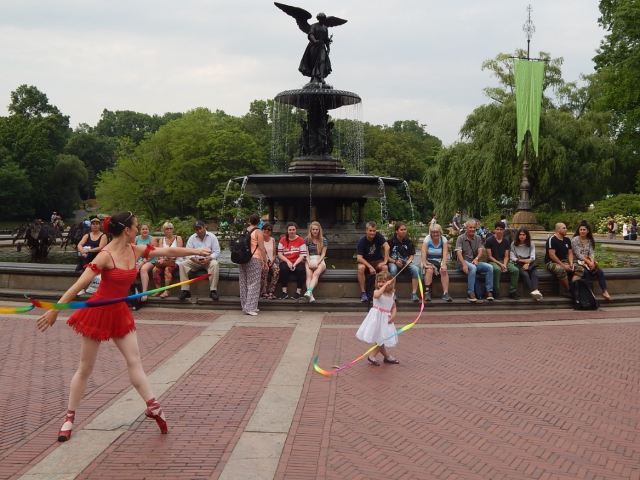 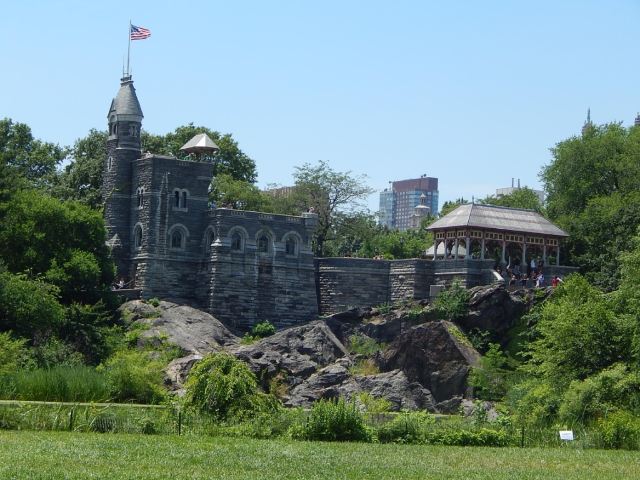 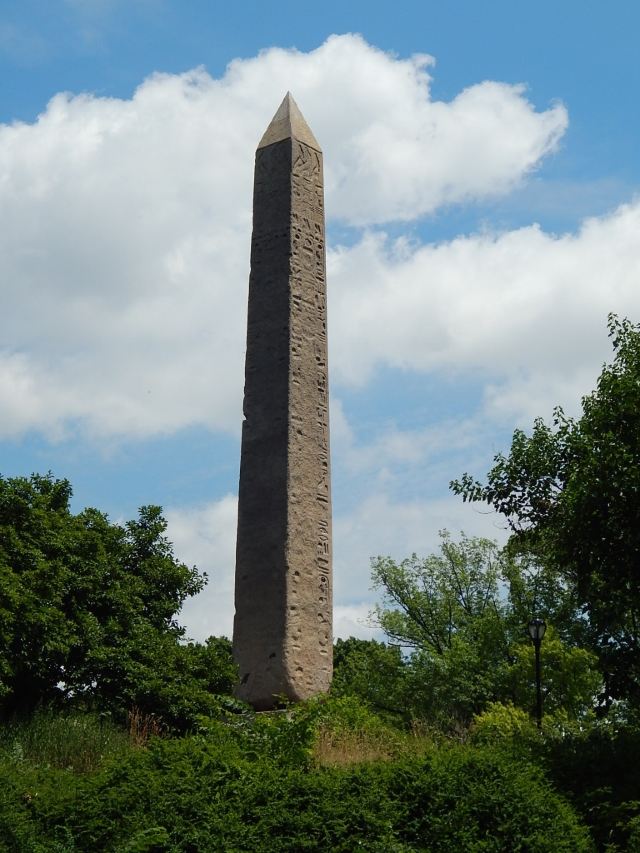 _KK***15
_KK***15
5/5
작성일: 2019년 7월 2일
0
5/5
정말 아름다운 미국 뉴욕의 허파와도 같은 곳이다. 이 곳은 맑은 햇살 아래 수많은 나무들과 풀로 이뤄진 힐링의 공간으로, 아침 7시에도 이미 많은 사람들이 조깅이나 자전거타기 산책 등으로 아름다운 자연을 만끽하고 있었다. 특히 센트럴파크 입구에서 도보 10분거리에는 베데스다 분수대라는, 나홀로집에 시리즈에 소개된 유명한 분수대가 있었다.
阿童木与花仙子
阿童木与花仙子
5/5
작성일: 2016년 11월 12일
9
5/5
After visiting the Metropolitan Museum of New York, we walked along Fifth Avenue outside the main entrance of the Metropolitan Museum and entered the central part of the Central Park, which is very large from 51 Street to more than 100 Streets, and the Metropolitan Museum is more than 80 Streets. When we went, it was about 3 p.m., many people were walking in the park, walking dogs, basking in the sun, and many children were playing with remote control boats in the lake of the park. On the way, I met Alice's sculpture in Wonderland. Many children were happy to climb up and down there. Near the exit of 51st Street, there is a zoo in the park. It was over 4 o'clock when we went there. We stopped selling tickets and saw seals swimming in the swimming pool outside. Tickets are inexpensive and time is enough to go in and turn around. Friends who want to go, remember to go early.
New_York_Gossip
New_York_Gossip
5/5
작성일: 2017년 3월 4일
4
5/5
Central Park is compared to the lungs of New York. Although Central Park is surrounded by tall buildings, you can see from the map that it still occupies a large part of Manhattan. It's hard to imagine such a large green space in a big city built of steel and cement, which makes people admire the vision of the people who proposed the plan of building the Central Park. Central Park covers a large area and is a popular place for New York citizens and their families to go out for walks and outings. Because Central Park is so big, bicycling is a good way to visit the park as much as possible. Recommend a few points worth seeing in Central Park: Bethesda Fountain The End of Gossip Girl, where Blair and Chuck are married, is called Bethesda Terrace, next to Bethesda Fountain. Even if it's not for American TV, this beautiful fountain is worth seeing. # The Lake in the Central Park often has many people rowing boats and swimming. If you rent a boat, you can go to the Loeb Boathouse Boat Rental in the park, next to the Loeb Boathouse restaurant. # There are many ducks in the pond in The Pond # Central Park. If you've seen Gossip Girl, you know that Queen Blair always comes here to feed ducks when she's in a bad mood. # Central Park Zoo# Central Park has a zoo, which is very suitable for parents and children. If you've seen the animated film Madagascar, the protagonists in the plot used to be stars in the zoo. # The most popular free outdoor theatrical event for New Yorkers is the Shakespeare in the Park in Central Park. # The Metropolitan Museum of Art # Yes, the famous Metropolitan Museum of Art is strictly located in Central Park. But the entrance is still on Fifth avenue.
我要去看世界呀
我要去看世界呀
5/5
작성일: 2018년 1월 31일
6
5/5
Middle-class men and women here jogging (the working people are not very cold about sports, maybe too much work in peacetime) art fans and underprivileged artists improvise here (of course, there are formal performances such as summer outdoor concerts) professional and semi-professional athletes here training (baseball field, and also met with Juve's public training) even Wen. I don't know what it means for young intellectuals to sit here and read books or talk about it. But I think for many people living in New York, Central Park may really be part of life, like the old Line One, without any distance or obstacles.
더 보기