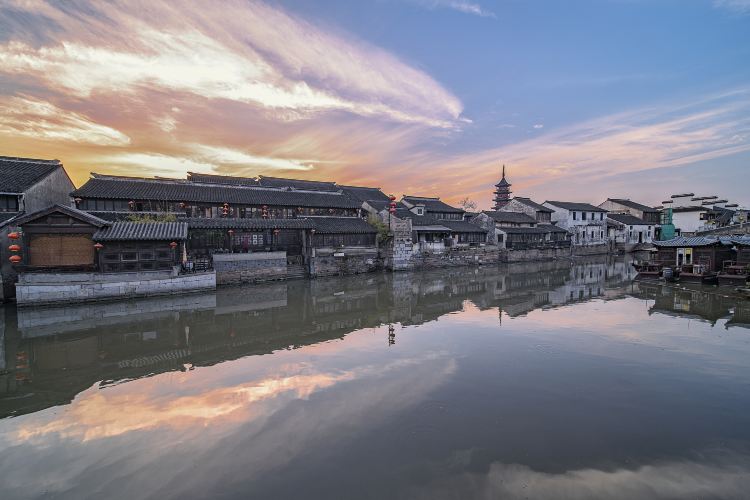 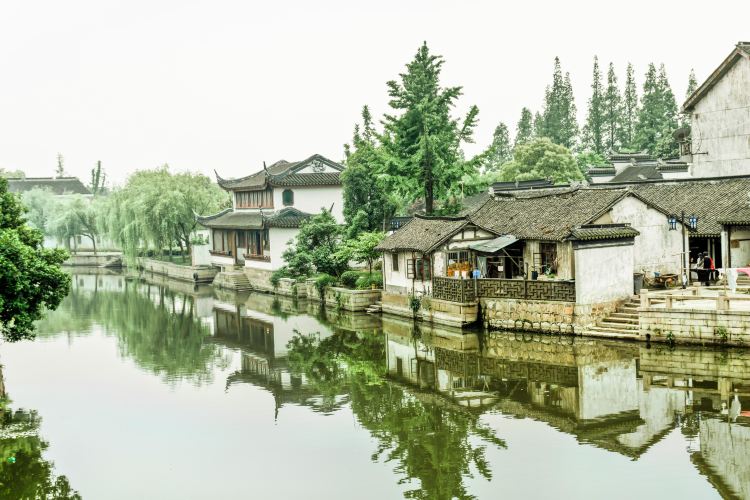 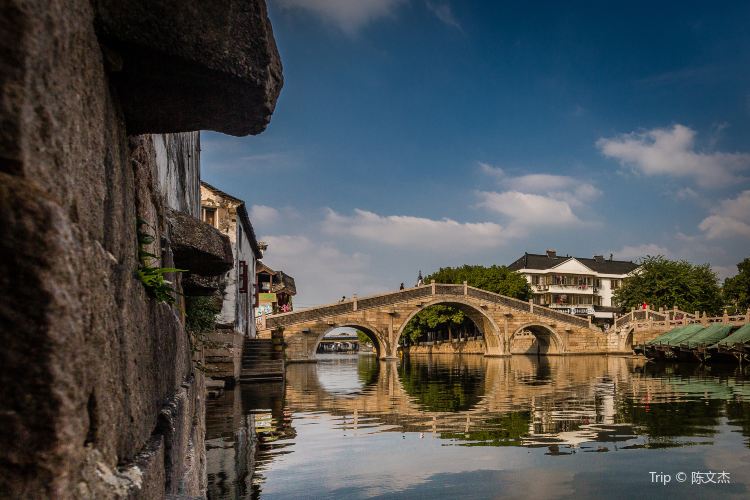 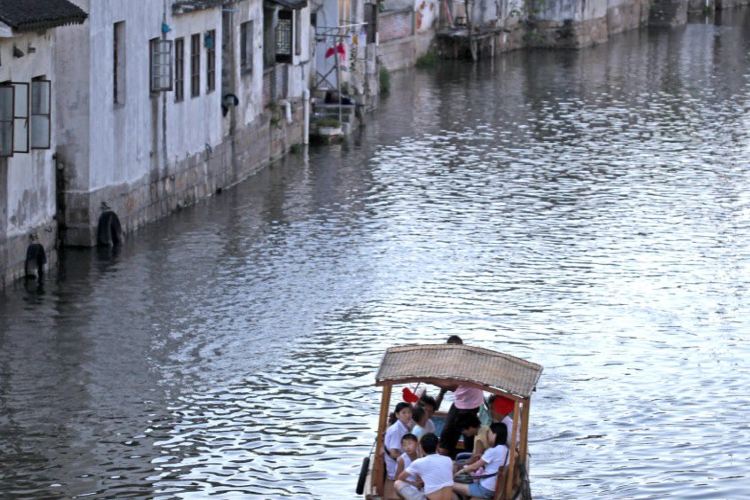 포스팅하러 가기
After the stone arch bridge, it officially entered the ancient town scenic spot. The scenic spot is small, consisting mainly of two commercial streets and some former residences of ancient temples. It took more than one and a half hours for the entire tour. Commercial streets are old-fashioned stone roads. The shops on the roadside are all transformed from the old houses facing the street. They are basically operated by local residents, mainly selling some local snacks and specialties. Brown sugar cake, with sesame and bean paste, it is very fragrant when it is just baked, it is not expensive. The scorpion here is also very delicious. It doesn't have a big head. It doesn't have to be a scorpion at the Dragon Boat Festival. You can eat scorpions all the year round in Jiangnan. This green and very cute little dough is the green group. Because it has wormwood inside, it is green. The youth group of Qiandeng Ancient Town is much smaller than the green group of Wuwu Town, and the color is also more tender. This is two big cakes, all made with glutinous rice, 10 yuan, all just released, very hot. Too big, one can't eat at all. Before eating, the boss must take a knife and cut it. It is recommended that several people eat it better. It is too big to eat. It is very supportive!

Hades
In 2001, Kunqu was listed as one of the first "Masterpieces of Human Oral and Intangible Cultural Heritage" by UNESCO and became a world cultural heritage. Kunqu is the oldest opera in China and is known as the ancestor of Bai Opera. Kunqu began in the late Yuan and early Ming dynasties, and its origin was Qiandeng Town in Kunshan, Jiangsu. In the Jiangnan area where the ancient towns of the water town are located, the reputation of Qiandeng is not too big. This ancient town has a long history of 2,500 years and is located 15 kilometers south of Kunshan City, bordering Shanghai's Qingpu District. After crossing a river, it is the scenic spot of Qiandeng Ancient Town. This scenic spot is free and open, and you can enter and exit at will, but there are several small attractions in the scenic spot that you need to purchase tickets, or you can buy a joint ticket at the entrance of the scenic spot. The ancient town is a quaint stone street, the old house remains intact, such as back to the Ming and Qing Dynasties. Yu's pawn is an old house built in the late Ming and early Qing dynasties. The entire building has a Ming Dynasty hall, five small halls, six buildings, and double-prepared buildings. "Flat", more than 120 large and small houses, thousands of people called it "family". The pavement's yard is clean and comfortable, like a private garden, which is a far cry from the hustle and bustle of the stone street. The Yanfu Temple, adjacent to the pawnshop, is a thousand-year-old temple. Liang Tianjian two years (503 years) was donated by the Qiandeng Township Wang Shushe.

River2014
Thousand lights, a dreamy and imaginative name. You don't have to look at the introduction, just the words "Qian Deng Ancient Town" are enough to walk around. Qiandeng Ancient Town is located in Kunshan City, Jiangsu Province. From Kunshan City, there is a direct bus No. 113 to Qiandeng Ancient Town. The journey is about one hour. It is very convenient. I heard that the ancient town was relatively quiet, because there are no famous ancient towns in the south of the Yangtze River, so there are not many tourists, and the quaint, commercial development and other characteristics attract countless ancient town enthusiasts to send her arms. In particular, the descriptions that people give to them are even more fascinating. It was completely dumbfounded at the gate! When I arrived, I was on Saturday, and there were more people in the town. I suggest that you stagger the holiday peak.