onenone
젠수이
건수문묘
Jianshui Temple: A place where Chinese traditional culture is located
Jianshui Temple is located in Jianshui County, northwest of Honghe Hani and Yi Autonomous Prefecture in Yunnan Province. It is one of the largest large-scale Confucian temples in the country. It was built in the year of 22 (AD). 1285), the third temple first established in Yunnan Province after Zhongqing (Kunming) and Dali. After the Ming and Qing dynasties expansion, the area covers 114 acres, the overall layout adopts the central axis symmetrical palace style, which is modeled after the pattern of Qufu Confucius Temple. There are 1 hall, 2 , 2 halls, 2 pavilions, 5 , 8 squares. It is a group of large-scale buildings. Stepping into the gate is the solemn "Taihe Yuanqi" workshop, facing the "Xuehai" (Dianchi) of more than 20 acres, the blue waters in the pond, the Liusi squatting around, the Sile Pavilion built in the pool, left and right" "Liemon" and "Yi Road". Step by step, the star door. There are Dachengmen, Dongxiu, Dacheng Hall, Qi Sheng Ci, Ming Lun Tang, Zunjing Pavilion and other buildings.

Dacheng Hall was built during the Ming Dynasty, and 28 columns support the entire hall. The first 12 trees are stone scorpions, each 5 meters high and weighs 5,000 kilograms. They are carved from a single piece of large bluestone. Around the gate, two dragons carved around the pillars are called "Shilong Baozhu". The front 22 lattice doors are carved by birds and beasts in different shapes. The roof of the glass tile is dazzling. The ancient cypresses around the temple are solemn and majestic. They are known as the Golden and Magnificent, which is second only to Shandong and Qufu Confucius Temple. It is a key cultural relics protection unit in Yunnan Province.

The "Organization of the Annals of Yunnan Province" edited during the Republic of China recorded: Jianshui Temple of Literature is the largest in the art of the Qufu Temple in Shandong.
작성일: 2019년 5월 23일
관련 모먼트 함께 보기 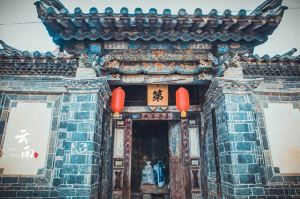 Tuanshan Residence is a residential community located in Tuanshan Village, west of Jianshui Ancient City in Yunnan Province. It is one of the objects of world architectural heritage protection. The Tuanshan residence is not very big, and the time for the train to stay is enough. Come here to experience the characteristic buildings of the Minnan countryside. There are still many locals living in the Tuanshan residences, and the places where commercialization is not very strong are always popular. Tourists only had a train with us except for us, and most of them did not come in. Recommended index: Ticket: 50 yuan.
새해여행
연말여행
Beiou 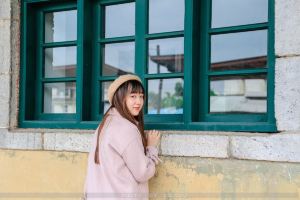 The so-called waiting room is such a long yellow bench. Not a site, no one. I am alone in all the waiting chairs here. There is no train anyway, but it is also open to outsiders, and you can take photos and chat with you. You are willing to be on the railroad track. Get out of the waiting room, which is composed of yellowish green. The top of the head is a double-sided clock, ticking in seconds, a bit of the taste of the sunset. Today we are used to seeing the time by directly clicking on the mobile phone. Seeing this again, it feels good. I only have one person on a long chair, no, it is only us on the entire platform. Its a coincidence that I was sitting in the waiting room of Nanjing Railway Station and typing the text about Linan Station. Well, there is a man in a yellow uniform who is staring at me. With Samsonite's suitcase, headphones are stuffed in the ear. Thick, the current monk is really fashionable. Compared to today's modern railway station, Linan Station is more of my heart. At least have memories.
연말여행
새해맞이
Echo 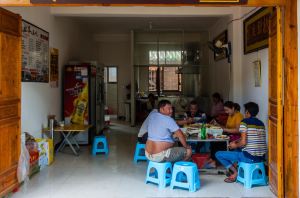 On the first day of going to lunch in Jianshui, Yunnan, I found that many families opened the door. The family was roasting around a small table and eating, and the family was so. Later, I learned that this was the tip of the tongue. "The Jianshui small tofu. Frankly speaking, when I started eating, I didn't feel too special. It was not difficult to eat but it was not very high-profile. But when I gradually ate it, it became more and more addictive. No wonder many people know its name. Jianshui small tofu, a wine-flavored Yunnan cuisine that is not afraid of the alley.
인스타핫플
Traveler_Wenlong 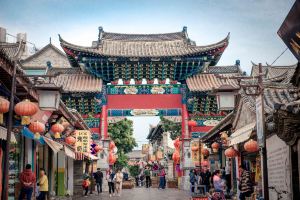 건수고성
I like the ancient city of Jianshui. It is quiet and peaceful. Every family is an aboriginal. Every family has a small shop. The time here is very light, like a boiled water, but it contains infinite delusions. Walk into your heart and nourish every corner. Here you need to be quiet, one person to see and shoot to feel, because casually look up, are a unique landscape, spend a long time plus a night, stay in the ancient city for one night, absolutely no regrets.
인스타핫플
인생여행지
봄이왔어요
초보사진가
인생샷명소
CQ 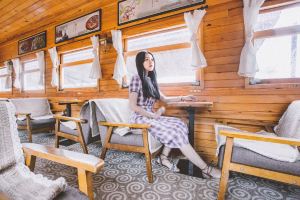 Time flies fast. Two years ago, Christmas came to Jianshui Ancient City. Yunshui Ancient City in Yunnan, an ancient city with a thousand-year history. The city is full of ancient buildings with charm. Stayed in a boutique inn with an ancient Jianshui architectural style, savoring the charm of this ancient city. The pavilions are antique, as if they have passed through.
이색숙소추천
Loociwin 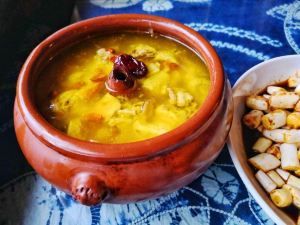 Jianshui Steamer Chicken: One of the famous dishes of leeks Jianshui Steamer Chicken is a unique dish in China. It has a long history and is famous for a long time. As early as the Qianlong period of the Qing Dynasty, steam pot chickens were popular in southern Anhui. According to legend, it was invented by Yang Le, a chef from Fu'an, Lin'an (now Jianshui County). When the emperor visited Lin'an, the prefect was to please the emperor, and the cloth was asked for food, and the selected silver was 50. Yang Li is poor, and his mother is seriously ill. For the sake of reward, he combined the local method of eating hot pot and steamed buns, created a steam pot, and regardless of his life, climbed the top of the swallow's hole and collected bird's nest. He wanted to be a bird's nest. The pot chicken is applied. Unexpectedly, the boiler was stolen, and Yang Li was asked to sue the sin of the king, to kill the head. Fortunately, the emperor asked the truth to avoid Yang Lis death and renamed Fords house as Yang Li Steamer Chicken. Since then, the steam pot chicken has become famous and has become a famous dish. At that time, the practice of steamed chicken was very simple, but the taste was very positive.
인스타핫플
onenone 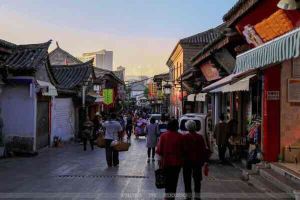 건수고성
The ancient city is really not big. The classics are Zhujia Garden, Confucian Temple and Chaoyang Tower. These attractions in the evening are closed to the guests. But there are quite a few people on this street. After the altitude is lowered, the temperature is obviously higher. The coat is absolutely unbearable, and many people on the street wear short sleeves. This is another city where you can see the four seasons of clothing on the street. Chaoyang Building, also known as Yinghui Gate. The center of Xiongyi County, which became the main symbol of the long history of Jianshui in the town of Minnan in the 22nd year of Ming Hongwu (1389), is a symbol of the old town of the motherland. The red wall of the tower, you can buy tickets to the city tower to see the style of Jianshui ancient city.
연말여행
Echo 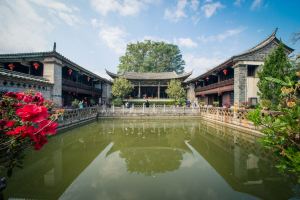 The terminal station of the small train is called Tuanshan Village. The winding old bluestone slabs connect the old houses together and string together a period of dusty history. Most of the people in Tuanshan Village are surnamed Zhang. It is said that they migrated from Jiangxi. They started mining here and entered the business community, earning a huge Zhangjia Garden. The glory of Zhang Jiahuang has ceased to exist yesterday, leaving only the embarrassment of the years.
인스타핫플
인생여행지
봄이왔어요
초보사진가
인생샷명소
CQ 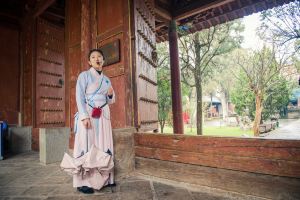 건수고성
The temple of the ancient city of Jianshui is awe-inspiring. The Zhujia Garden makes people feel impermanent. The test shed makes people lament that the imperial examinations are not easy. Unfortunately, many scenic spots have not been seen, and they once again sigh that God is not beautiful!
인스타핫플
인생여행지
봄이왔어요
초보사진가
인생샷명소
CQ 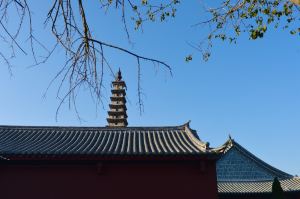 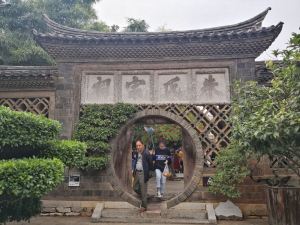 주가화원
Jianshui Zhujia Garden: Southwestern Grand View Garden Zhujia Garden, located in the middle section of Jianxin Street in Jianshui Ancient City, Yunnan Province. It is the home and ancestral temple built by the Zhu Xiqing brothers in the late Qing Dynasty. It is also known as the Southwest Side Grand View Garden. Zhujia Garden covers an area of more than 20,000 square meters. The main building is in a vertical four horizontal and three layout. It is a traditional three six-ear three-hall hall with a large patio with four small patios. The combination of residential buildings is built. The layout of the building is in order, and the courtyards are stacked in a row, with 42 large and small patios. The entire building is steeply ridged, carved and painted, beautiful and elegant. The courtyard hall is well-arranged, and the spatial landscape is rich and varied, forming a maze building complex. In March 2013, it was approved by the State Council to be included in the seventh batch of national key cultural relics protection units.
onenone