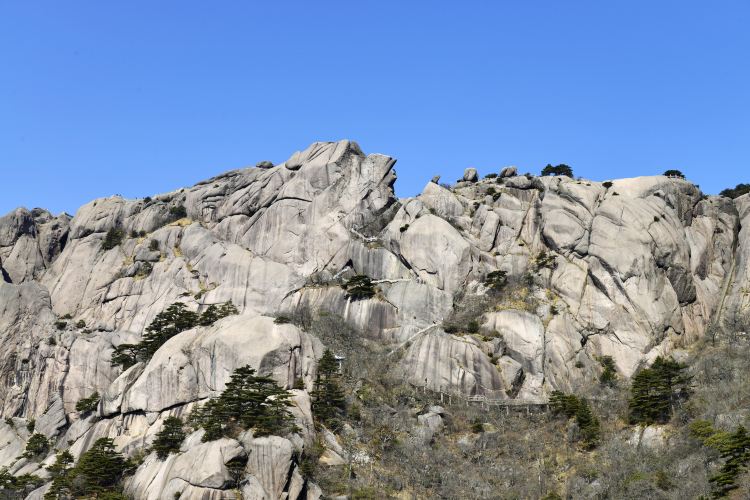 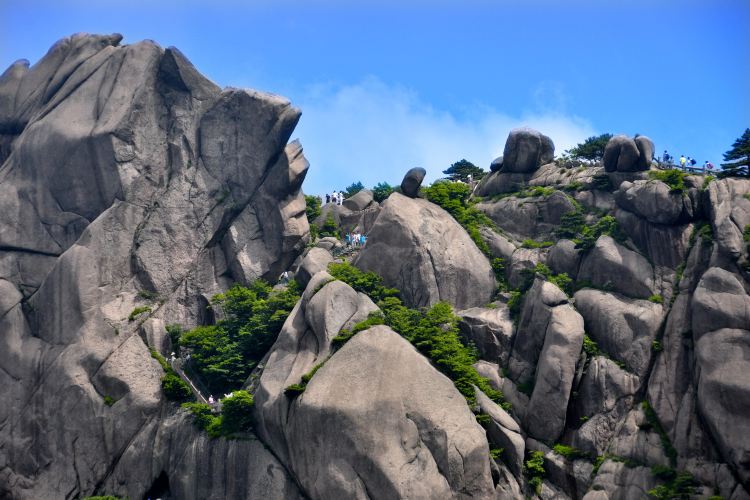 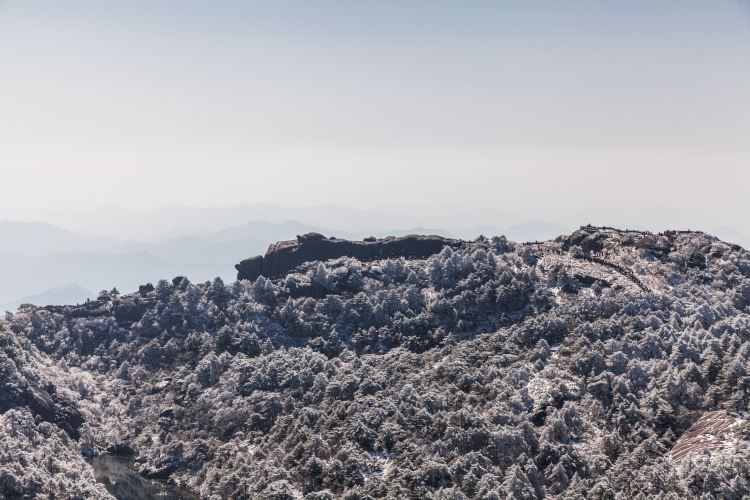 포스팅하러 가기
The location of the squid peak belongs to the middle of the Huangshan Mountain. It can climb from Pingtian to the peak and is 1,773 meters above sea level. The carp peak is named after the shape of the mountain like a squid. It is the head of the 36 peaks of Huangshan Mountain. There is a triangular squid hole at the top of the peak. The hole is engraved with the word "Tianzao". There are stairways in the cave, and visitors can pass through the hole. The ancients had a poem: "There are giant pythons in the East China Sea. Whenever they fly here; people wear fish belly and wet clothes with chalcedony." There are several stones in front of the peak, and they look like snails in the distance, which constitutes "squid eating snails" and "old scorpion" Let the eggs go. There is a tortoise-shaped stone on the back of the peak, named "Salmon, Golden Turtle". The other side of the peak of the carp peak is engraved with the words "big piece", poetic and intriguing. On the left side of the summit, you can see the peak of the lotus peak, and the right side can be seen in the west sea fairy peach stone (that is, the flying stone, the angle is different). The front of the South China Sea is wide, followed by the Tianhai and Guangmingding. The scenery of the carp peak is majestic and beautiful. The Qingjiang Nanhua Pavilion (now Shanghai), the Taichang Temple Shaoqing Shen Zongjing, the squid peak has a poem: "The Yellow Sea Mountain is like the sea, the magic is not collected. Lingshi wants to swallow the boat. I don't mean to smash the pendulum, who is the hook? Yuntao is ups and downs, and Ren is from the head. "The legend of the poem can be swallowed by the squid and the Emperor Tianshi of the "Lie Zi" Five carp bear five sacred mountains, and then were hooked to six by the Longbo nationals, causing two myths of the mountain to drift away from the Arctic, highlighting that no one can hook up the squid of Huangshan, reflecting the squid peak "Your cloud The waves are ups and downs, and I am standing upright. 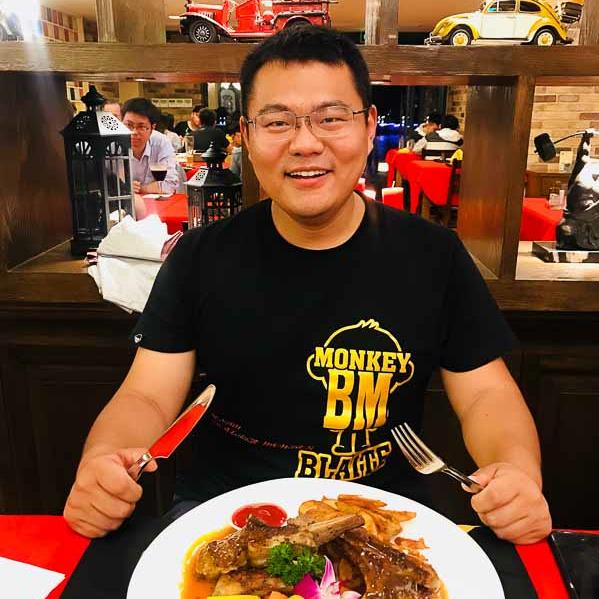 Jinling_Mosquito_Bites
Huangshan Scenic Area is originally a mountain full of magical features, so you can see amazing sights everywhere. Such a squid peak spot encountered by Yamano. For the many peaks of Huangshan, it is a unique attraction. Therefore, Yamano was specially created to share this small attraction. The reason why it is unique is that the mountain here is very independent. Although it is not as tall as the Lotus Peak, it has the momentum of the Lotus Peak. If it is said to the people who have passed through Huangshan in the future, it is the Lotus Peak. Some people will believe that the momentum here is really shocking, and climbing to the top of the mountain can overlook the whole mountain range of Huangshan and the ups and downs of the mountain. The entire carp peak is nearly 1,800 meters above sea level, second only to the Lotus Peak. If you look at the entire squid peak at any of the viewing positions of the 100-step ladder, you will find that the whole landscape is amazing! For the reason why it is called the squid peak, probably has a great relationship with the shape of this mountain? From the hundred steps of the ladder to the welcoming place of the welcoming pines, this mountain peak is similar to the huge squid. By watching the scenery of the carp peak, you will find that Huangshan is truly magical and perfect. Here, Yamano is convinced by this! Squid Peak is a small attraction in the Huangshan Scenic Area. The general Raiders are almost the same as the entire Huangshan Scenic Spot. It is just a little traffic information. Therefore, the fishing experience of the carp peak is not described here. 1, regarding the ticket: Huangshan ticket charges are different charging methods for the off-season and peak season. Generally speaking, the off-season is January, February and December of each year, and the fare is 150 yuan; The time is March to November of each year, and each ticket is 230 yuan. Tickets for Huangshan carp peak and carp cave scenic spot are included in the entire first ticket of Huangshan Mountain, and there is no need to purchase another ticket. 2, scenic opening hours: Monday to Friday, Sunday is 06 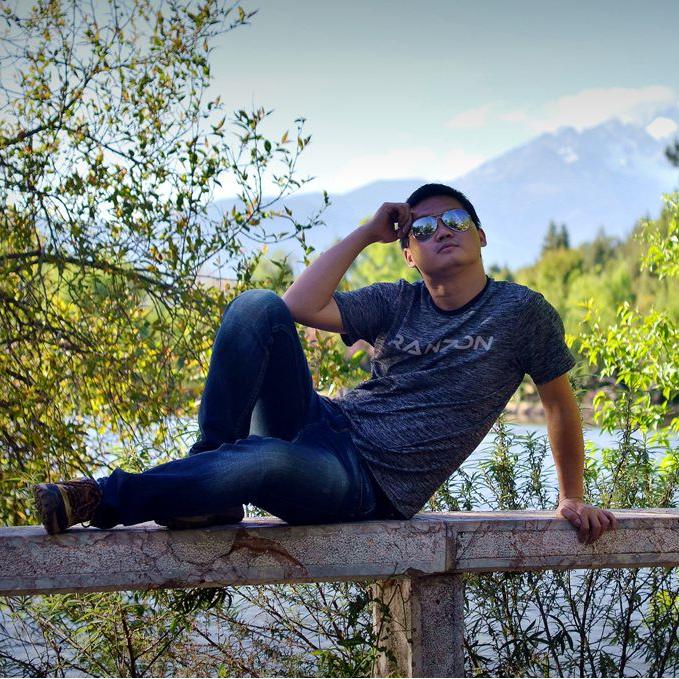