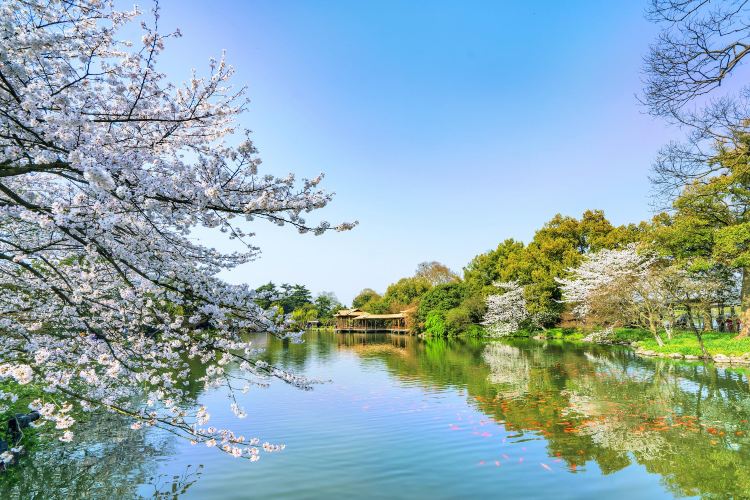 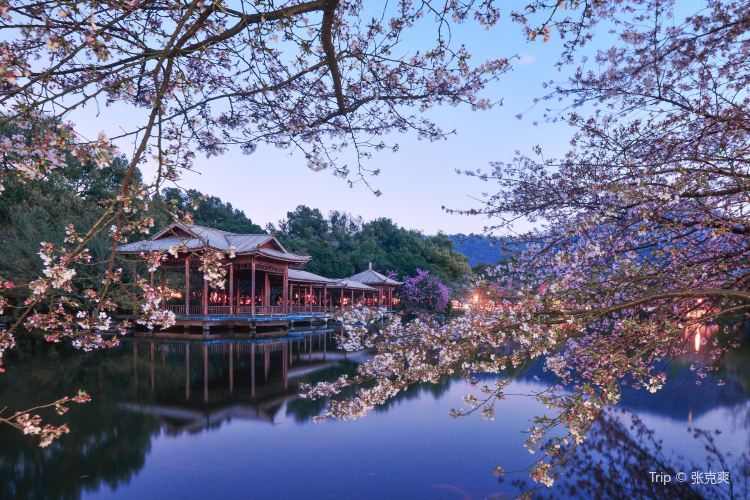 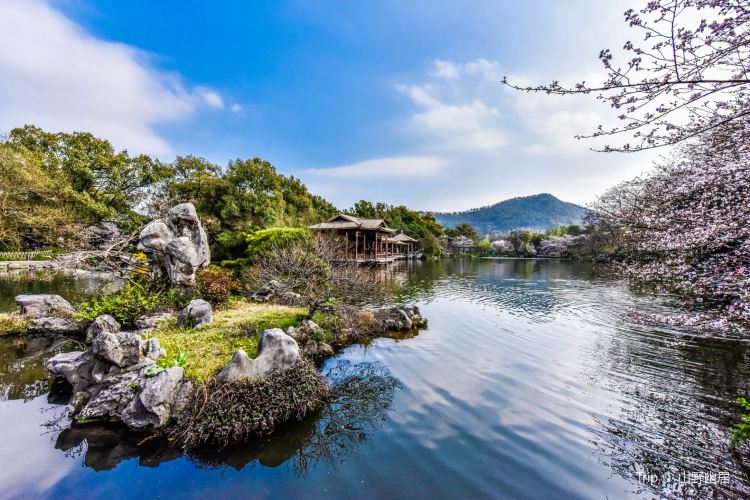 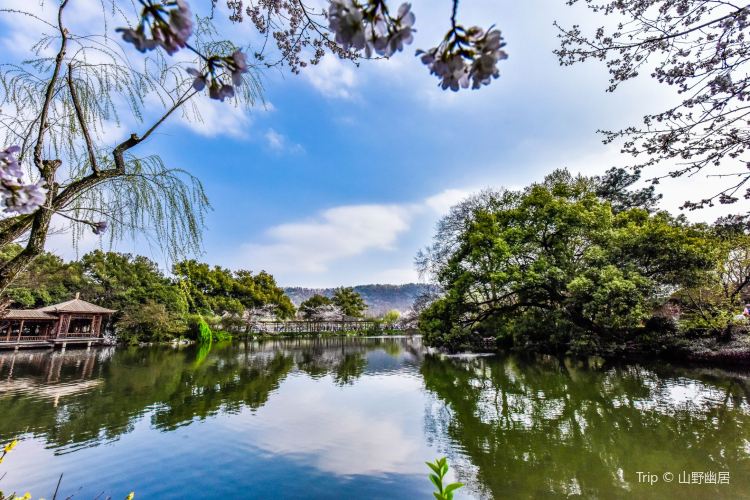 포스팅하러 가기
Huagang Guanyu is a scenic spot featuring flowers, harbors and fish. It belongs to one of the ten scenic spots in Hangzhou West Lake and is located on the west side of the south section of the West Lake. The pool shore twists and turns naturally, the pool is piled up into the island, the bridge is set up with a curved bridge, and the bridge is overlooked. Thousands of gold-streaked red fish are coming and going, splashing water. There is also an allusion here. Kangxi patrols the West Lake, and the book is painted in the harbor. The carved stone monument is built on the side of the fish pond. Later, when Qianlong went to the south of the Yangtze River in the south, there were poems inscribed on the monument. The monument is divided into two sides: Yang Wen and Yin Wen. It is the word of the two emperors of Emperor Kangxi and Qianlong. This is the only one in the history of the forest in China. Qianlong made poems: "The flowering hills of Huajia Mountain, the flowers of fish and fish."

niuge
You come to Hangzhou to play, as long as it is with the tour group, you will definitely go to a place every morning 7

niuge
Huagang Guanyu is one of the ten scenic spots at the West Lake. It is located on the west side of the south section of Sudi and features flowers, harbours and fish. After the second phase of the expansion project was started in 1964, the area expanded to cover 20 hectares. The park is divided into five scenic spots: Red Fish Pond, Peony Garden, Huagang, Large Lawn and Jungle Land. It is opposite Leifeng Pagoda and Jingci Temple. The red fish pond is located in the south of the centre of the park and is the central area for the whole park. The shores of the lake twists and turns and has a curved bridge over it. There are thousands of gold-streaked red fish that swim in this pond.